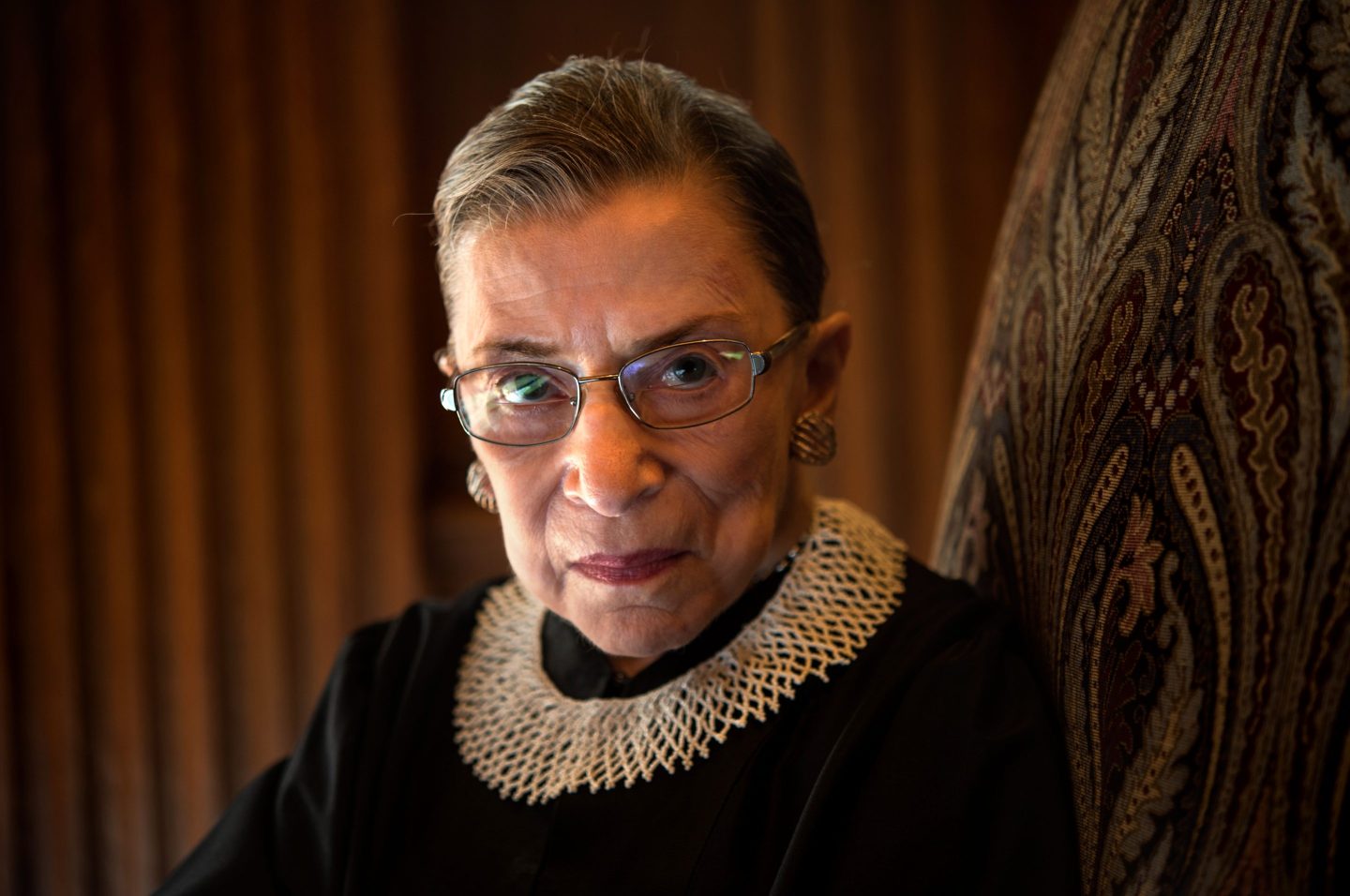 Earlier this month, a federal court of appeals heard oral arguments in Jane Roe v. United States et. al., a case filed by a former judicial branch employee who was sexually harassed by her supervisor and retaliated against when she came forward.

As a judiciary employee, Jane Roe is exempt from Title VII of the Civil Rights Act of 1964, the traditional avenue for bringing a workplace sexual harassment lawsuit.

My non-profit organization, the Purple Campaign, filed an amicus brief in the case urging the court to instead recognize Jane Roe’s right to a harassment-free workplace under the Equal Protection and Due Process clauses of the U.S. Constitution. As I’ve worked on the case, something Supreme Court Justice Ruth Bader Ginsburg told me two years ago has been in the back of my mind.

In February 2020, I went to the Library of Congress to meet Justice Ginsburg. I was there because she had recently received the Berggruen Prize, given annually to a “thinker whose ideas are shaping human self-understanding to advance humankind” with a one-million-dollar grant. The Justice decided to divide the money among organizations advancing causes in line with the prize’s mission, and designated the Purple Campaign to receive a portion of the award.

The news was a dream come true: Justice Ginsburg’s legal career had been a model for my own since I’d first arrived at Harvard Law School, and her dedication to advancing gender equality had inspired my career path to such an extent that I’d been asked to consult with actress Felicity Jones as she was preparing to play Justice Ginsburg in the biopic film On the Basis of Sex.

In the fall of 2017, I was working at a prestigious law firm, Boies Schiller Flexner, when Tarana Burke’s longstanding #MeToo movement went viral and stories about sexual misconduct started to pour out of almost every industry. A few weeks later, the New Yorker revealed that my employer was representing Harvey Weinstein, and had hired private investigators to spy on the actresses coming forward in an attempt to discredit their stories and prevent their publication in the press.

The realization caused me to deeply question my place in the world and my role in the #MeToo movement, and a few weeks later, I left the firm to start the Purple Campaign. As I explained in an op-ed announcing the launch of the organization, my experience at the firm taught me a lot about how to address a problem as culturally ingrained and systemic as workplace sexual harassment.

Currently, our efforts are focused on one workplace where employees remain unprotected by the foundational laws that exist to protect other workers from harassment: the federal judiciary. While the judiciary maintains that it is “committed to a safe, respectful, civil workplace for all of its employees,” it believes additional legal protections for its workers are unnecessary and would undermine its “need for independence in our system of separate and co-equal branches.”

That night at the Library of Congress, Justice Ginsburg and I talked about the Purple Campaign’s mission and the problem of workplace sexual harassment. She asked me about our efforts to address the non-disclosure agreements and forced arbitration clauses that had silenced many of Weinstein’s victims for years–and are still being used in many workplaces today–and other avenues for policy reform. It was close to midnight and raining outside when we finally left the building, and as she tied a clear plastic rain bonnet over her hair, she looked me squarely in the eye and said: “I wish the Purple Campaign all the best, and I’ll be keeping an eye on your work.”

That fall, I received another unexpected letter, this time from Jeffrey Rosen, president and CEO of the National Constitution Center. He wrote that, on the day before she died, Justice Ginsburg had received the Liberty Medal, an award recognizing people of courage and conviction who strive to secure liberty to people around the globe and designated the Purple Campaign as one of the recipients. “The donation is a meaningful testament to the esteem in which Justice Ginsburg held your work, as well as being a tribute to her blessed memory.”

I know Justice Ginsburg is still keeping an eye on our work, wherever she is now. If addressing workplace sexual harassment was important enough to lead her to support the Purple Campaign’s mission, I can’t help but believe she would expect her own institution to do the same for its workers.

As our amicus brief argues, rejecting Jane Roe’s claims would not only deprive her “of her constitutionally guaranteed rights but would also send a dangerous message to all Judiciary employees that their current lack of basic workplace protections is acceptable, and that the Judiciary’s work here is done.”

Jane Roe, and the more than 30,000 other people who work in the federal courts’ system, deserve better.

Ally Coll is president and co-founder of the Purple Campaign, a non-profit organization dedicated to addressing workplace harassment. She is also an adjunct faculty member at George Mason University, where she teaches civil rights law.