Lawmakers want to weaken U.S. patents that made new anti-COVID pills possible. We should do everything to protect them 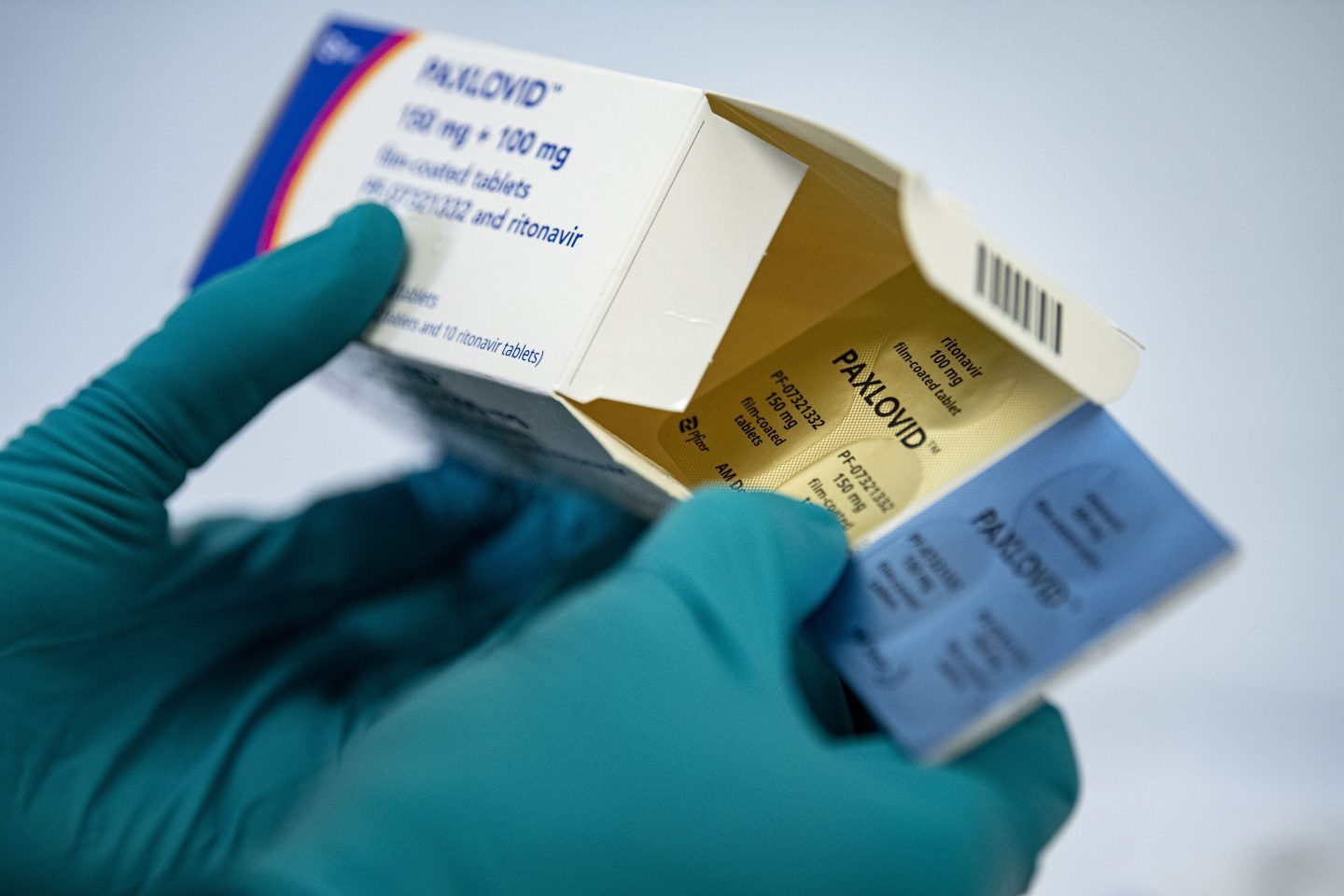 The FDA recently authorized antivirals that can significantly reduce the risk of death in the event of a COVID-19 infection.
Fabian Sommer—Picture alliance/Getty Images

The FDA recently authorized two antiviral pills, Pfizer’s Paxlovid and Merck’s Lagevrio, to treat Covid-19. The treatments can reduce the risk of hospitalization or death in high-risk patients by up to 89% and 30%, respectively.

These drugs could effectively end the pandemic, not by preventing infections but rather by turning a potentially fatal illness into something more like a cold or minor flu.

These treatments weren’t developed by accident. The U.S. biopharmaceutical industry collectively invests over $100 billion annually in research and development. Most research projects never pan out, and even the ones that ultimately do often take a decade or more to bring a drug from the lab to pharmacy shelves.

Companies are only willing and able to make those investments thanks to America’s world-leading intellectual property system. Patents, statutory exclusivity periods, and other forms of IP protections enable firms to raise capital in the first place, and later recoup their huge upfront costs and earn returns that can be plowed back into additional research projects.

That’s why it’s so concerning that some lawmakers are working to weaken the intellectual property system, given the importance of that system in securing the rights of inventors in their creative accomplishments.

If companies fear that their intellectual property is no longer secure, they’d hesitate to invest in the sort of research that leads to lifesaving drugs. Start-ups would find it especially difficult to raise capital and fund their research.

Our drug innovation ecosystem works incredibly well. While the United States accounts for just one-twentieth of the world’s population, we produce two in three new drugs.

It’s true that IP protections enable research companies to temporarily charge what the market will bear for new treatments. These temporary prices sometimes contribute to increased economic hardships in the marketplace. However, Congress must understand these treatments would not otherwise be available at any price. Unless the huge risks of drug development are offset by adequate incentives, most investments will simply not be made. Patent protection provides those crucial incentives. Without willing investors, most new drugs would simply not be developed.

Certainly, a just society must find ways to enable all citizens to afford the medicines they need. Our intellectual property system already contains the solution to concerns about high drug costs.

Patents are inherently time-limited. Once drugs are no longer protected by patents, competitors normally introduce generics at a fraction of the brand-name medicines’ prices.

However, there’s still room for improvement. Policymakers could make it even easier for patients to get generics by increasing FDA funding so the agency can review and approve generic drug applications faster. In fiscal 2019, it took the FDA an average of 281 days (over 9 months) to approve the typical application.

Weakening our patent system, by contrast, would kill the goose that lays golden eggs. Some self-appointed “experts” want the government to go much further, and not merely weaken the patent system, but effectively nationalize the biopharmaceutical industry, then raise taxes to replace the many billions that the private sector invests annually for the discovery of new drugs.

That’s a terrible idea for a whole host of reasons. For starters, the amount of government spending that’d be required is enormous. The government currently funds much more basic science research at universities and non-profits. But for every public sector dollar, the private sector invests $5 to develop medicines and bring them to market.

Plus, the government wouldn’t have the same “skin in the game” as private investors ponying up their own capital. It’s laughable to suggest that federal officials would make better research and investment decisions than the scientists and venture capitalists who currently do it for a living.

And even if the government somehow surmounted those obstacles, there is no evidence that prices would fall if the other issues plaguing the healthcare system are not solved.

We need a vibrant biopharmaceutical industry to combat Covid-19 — and the inevitable next pandemic. The shipwrecked do not throw away their life raft. Neither should we.

Correction: An earlier version of this article said Pfizer and Merck’s treatments reduced the risk of death in high-risk COVID-19 patients by 89% and 30% respectively. The reduction is in the risk of hospitalization and death.