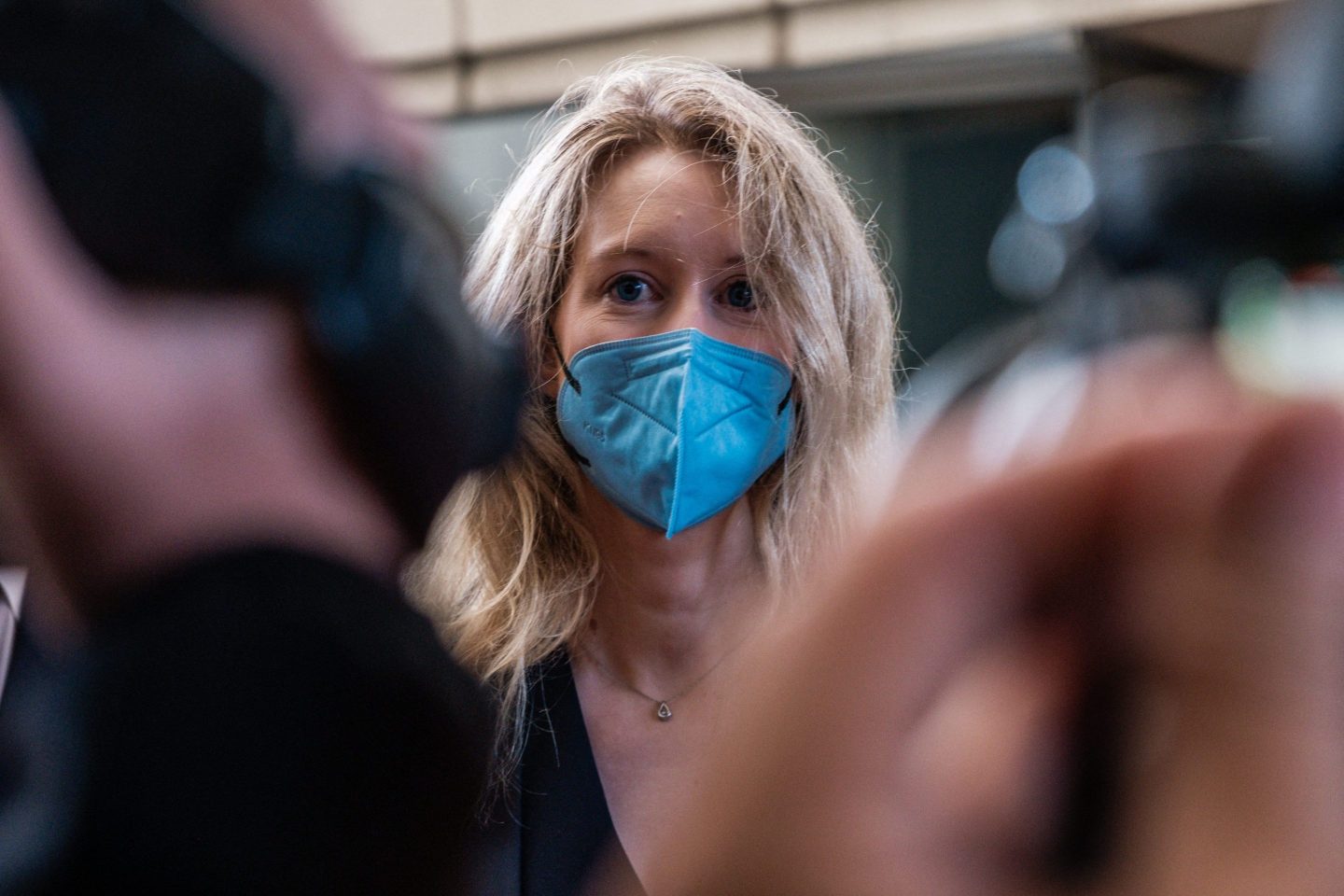 Founders who cross the line with claims about what their technology can do rarely face the scrutiny of a criminal trial.
NICK OTTO—Getty Images

Elizabeth Holmes has been found guilty of several charges against her in a criminal fraud case. Her Theranos ordeal will continue to play out during the appeal, perhaps in prison, and certainly under the harsh light of public scrutiny for the rest of her life.

Many startup founders should be extremely nervous about how they have run their own businesses.

Observers around the world fell into one of two camps. Some agreed with the Holmes defense that her actions were those of a founder building a technology that would change the world; others agreed with the prosecution that she was a fraud who chose to be dishonest.

The prosecution’s case was built on eight key things they asserted Elizabeth Holmes did in her tenure as founder and CEO of Theranos:

Attracting investors in part by making false statements to the media that she knew would be communicated.

The dynamic between the founder of a startup that has captured international media attention and the media themselves who feed off that startup is a fascinating psychological and sociological relationship. Both parties inherently understand that they need to feed off each other’s energy to make a story viral, which of course benefits all parties involved.

Sometimes a startup founder makes intentionally misleading or overblown statements, but more often than not, the media is at least an accomplice in building up these statements and giving them the weight that should come only through the test of time and actual scrutiny.

This is absolutely what happened in the case of Theranos, in which positive and eventually negative media tension blew certain aspects of the company’s progress and failure out of perspective and control. Ultimately, history is going to treat media around the world that fueled its story as accomplices of a startup and founder gone very wrong.

Claiming that Big Pharma had given Theranos technology the thumbs-up.

This will remain a gray area because definitive proof has never been brought of what Elizabeth Holmes said about the Theranos technology being validated by pharmaceutical companies. It’s also difficult to separate what statements she made that were more aspirational than realistic in this area.

It’s true that elements of what Theranos was doing in relation to its technology master plan had never been validated by pharmaceutical companies, so it would be very easy for potential investors and partners to be misled by Holmes’s statements here.

This is a real challenge for every startup founder who doesn’t want to include “just a reminder that our tech isn’t there yet” in almost every sentence, but it’s vital to clearly communicate a realistic estimation of where your technology is on the product road map.

Lying about the Department of Defense relationship.

There is always a fine line between a startup founder talking about things in the past and present and extending that conversation to a hopeful one about the future. Elizabeth Holmes often made that line in the sand an indistinct one, including in conversations she had about the nature of a potential relationship with the DoD.

It simply isn’t within the nature of most startup founders to keep conversations grounded in the present reality, as they often let this hopeful future vision infuse their speech in the present tense. Whether this is actually lying or it’s the way startup founders communicate is up to the reader and, in a case such as this, up to a jury. However, this is a feature rather than a bug of startup culture, and nothing that happened in the Theranos trial is going to change that.

Lying about expanding the relationship with Walgreens.

Startup founders often project a hopeful reflection and interpretation of the evolution of a business relationship. That was absolutely the case here, as Elizabeth Holmes was portraying more of a hopeful vision of what the Walgreens relationship could be if it continued to progress along with the development of Theranos’s blood analysis technology.

It is misleading not to fully convey the nature of a current relationship, but this is what startup founders do all the time. They pitch a vision of how a partnership can grow and expand and what it can mean for revenue and the growth of the business.

Here, Walgreens could certainly take care of itself. The notion that Walgreens, with close to $150 billion in annual revenue, was being duped by a 19-year-old Stanford dropout never really sat well with people. Walgreens was a willing party in continuing to work with Theranos, even when it realized that the nature of the relationship may have been exaggerated.

Faking product demonstrations for investors and partners to make it seem as if Theranos technology did things it couldn’t do.

It’s common for founders of software companies to convey a sense of what their software may eventually be able to do. This can often be done with mock-ups and visual presentations and interpretations of what the software’s capacity may extend to become.

When you’re a hardware entrepreneur, some of what you’re showing is truly the mysterious black box. It is often not enough to show what your hardware does today, but you need to demonstrate what your hardware could eventually do with some time and development.

The Theranos saga shows that this can quickly become a slippery slope where we have a machine that doesn’t work today as it was intended to and may not work at all tomorrow.

When their technology doesn’t work as well as it needs to, founders often rely on other technology to support it as it continues to grow and develop. This is not exceptional in the startup world, but a line is crossed when you hide that your technology has certain fundamental flaws and limitations that may never allow it to be used in the way in which it was intended.

Where supplemental technologies support your foundational technology in key and fundamental ways, and you don’t share this information with the world, it is deceptive and something that founders need to avoid.

Exaggerated startup financials can be entirely blamed on venture capitalists, as risk capital has always mandated that founders, even those in the very early stages of their business, create ridiculous and fictitious financial projections.

That was absolutely the case with Theranos, which was forced to aim for the sky when it came to revenue as it sought to attract the kind of risk capital investment that could ultimately make the company financially stable. It is a vicious cycle of projections trying to attract money for long-term financial stability while making the founder’s life more difficult today.

Holding out to the world that the Edison blood analyzer invented by Theranos could do things she knew it couldn’t do.

This was the linchpin of the case.

In touting the potential capabilities of the Theranos Edison blood analyzer, Elizabeth Holmes was constantly and consistently pitching the ideal vision of her hardware, which is what startup founders are trained to do. This will never change, as it is the ultimate goal of founders to sell the world on the vision of their technology capabilities.

Ultimately, as the New York Times observed on Monday: “For many, the saga represents the worst excesses of Silicon Valley’s startup culture, where founders regularly stretch the truth in search of fortune and fame. Such founders, however, are rarely prosecuted.”

Yet a female founder was. And no matter what the future holds for Elizabeth Holmes, what is certain is that her trial is going to be on the minds of startup founders for many years to come. They will have to make their own decisions when faced with the most dangerous forks on the road that Holmes followed. Yet we will surely find ourselves here again, with no end in sight to the pressures on founders to succeed big and fast.

Aron Solomon, JD, is the chief legal analyst for Esquire Digital and the editor of Today’s Esquire. He has taught entrepreneurship at McGill University and the University of Pennsylvania, and was elected to Fastcase 50, recognizing the top 50 legal innovators in the world.