A gynecologist asked Twitter how he should redesign his office. The answers he got were about deeper health care issues. 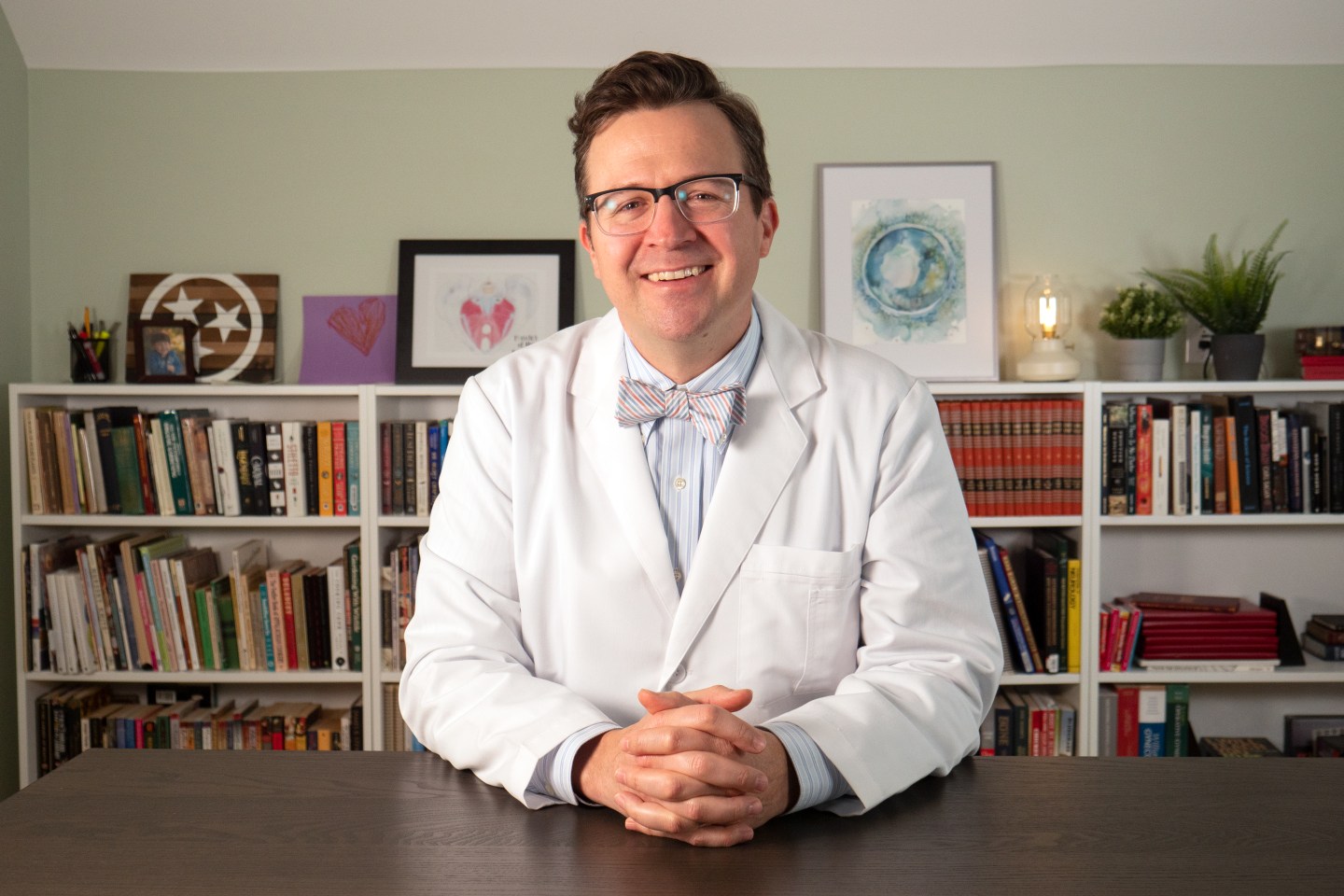 Dr. Ryan Stewart asked for office design advice on Twitter and what he received was a flurry of healthcare commentary.
Courtesy of Sam Walker

A doctor in Indiana recently asked a simple question on Twitter: How should he design his office to best serve his patients?

“I have the opportunity to design my office from scratch. I’m asking women. How would you design/optimize a visit to the gynecologist’s office? Problems, frustrations, solutions. No detail is too small,” wrote Dr. Ryan Stewart, a urogynecologist in Indiana who specializes in treating people past reproductive age dealing with urinary complications.

Within hours, Dr. Stewart’s seemingly basic query sparked a wide-ranging conversation about not just gynecologic practices, but diversity, gender, and the state of healthcare in the U.S.

“It’s really pretty rare that we, sort of, get onsite feedback. And that is our fault,” Stewart told Fortune about the comments he received from his tweet. “And I say ‘our’ as like the medical community…we really sort of push people through the process so quickly, that there’s no time to sort of reflect on the actual experience.”

Stewart is currently in the process of building his own pelvic health practice called Midwest Center for Public Health in Indianapolis, which he plans to open in 2022.

In response to his tweet, one Twitter user noted their own gynecologist’s stirrup warmers that make the footholds more comfortable and ease the tension of an inherently vulnerable doctor’s appointment. They posted a photo of two warmers that read “Are We” on the left and “Done Yet” on the right.

Another mentioned how disruptive TV’s can be in a gynecologist’s waiting room when patients may already feel nervous. And someone else brought up the bigger problem that people have accessing their healthcare providers.

“People with lacking economic means don’t have a car. Do something that makes your office accessible without a car, and with public transport,” they wrote.

Stewart responded that “thankfully,” his practice would be located next to a bus route.

“We have SO MUCH work to do on public transportation in this country,” he wrote.

Stewart told Fortune that the discussion of accessibility was one of the most powerful results of the Twitter thread.

“Those kinds of, sort of, personal stories, were really very touching and encouraged me to, sort of, rethink the actual physical design space considerably,” he said.

Other Twitter users emphasized the dire need for diverse representation in office decorations.

“Please have images of Black women in the office. I haven’t visited a gynecologist office yet with this type of representation,” one user wrote.

Another said that patients should have a fair warning if someone else besides the doctor will be in the room during their examination.

While the U.S. awaits a decision in the Supreme Court’s most recent abortion case, which may overturn Roe v. Wade, there seems to be an increased discussion about reproductive healthcare. One physician’s tweet on IUD-related sedation went viral, as did a professor’s tweet on how simply not wanting a baby is a good enough reason to have an abortion, NBCLX originally reported.

Stewart’s question about how to best design his practice, however, also received some criticism.  He wrote that he was interested in hearing from “women,” which some Twitter users noted would exclude people who don’t identify as women but still require gynecological care.

“I would not just ask women. I’m not a woman and GYN care is essential to my health. Physical space is important, but invest in comprehensive training for your staff to ensure safety of BIPOC, queer, disabled, and other marginalized patients. This is essential,” one Twitter user wrote.

Dr. Stewart responded to the criticism by saying he should have taken more care with his wording.

“Folks have [correctly] pointed out that I [incorrectly] said “women” when what I should have said was “folks who may need gynecologic care.””

“I’m a #workinprogress,” he added. “I appreciate your advocacy and the reminders. Everyone is welcome and I want them to feel welcomed.”

Stewart told Fortune that he takes the feedback as an opportunity to learn.

“Whenever somebody tells you you’re wrong, your first inclination is to, like, put a guard up and, like, sort of be shocked, or to be frustrated, angry, defensive,” Stewart said, adding that in his 40’s, he’s learned to look inside himself more. “They were absolutely right and I was wrong.”