The Supreme Court’s own ego may be the only thing that saves Roe v. Wade 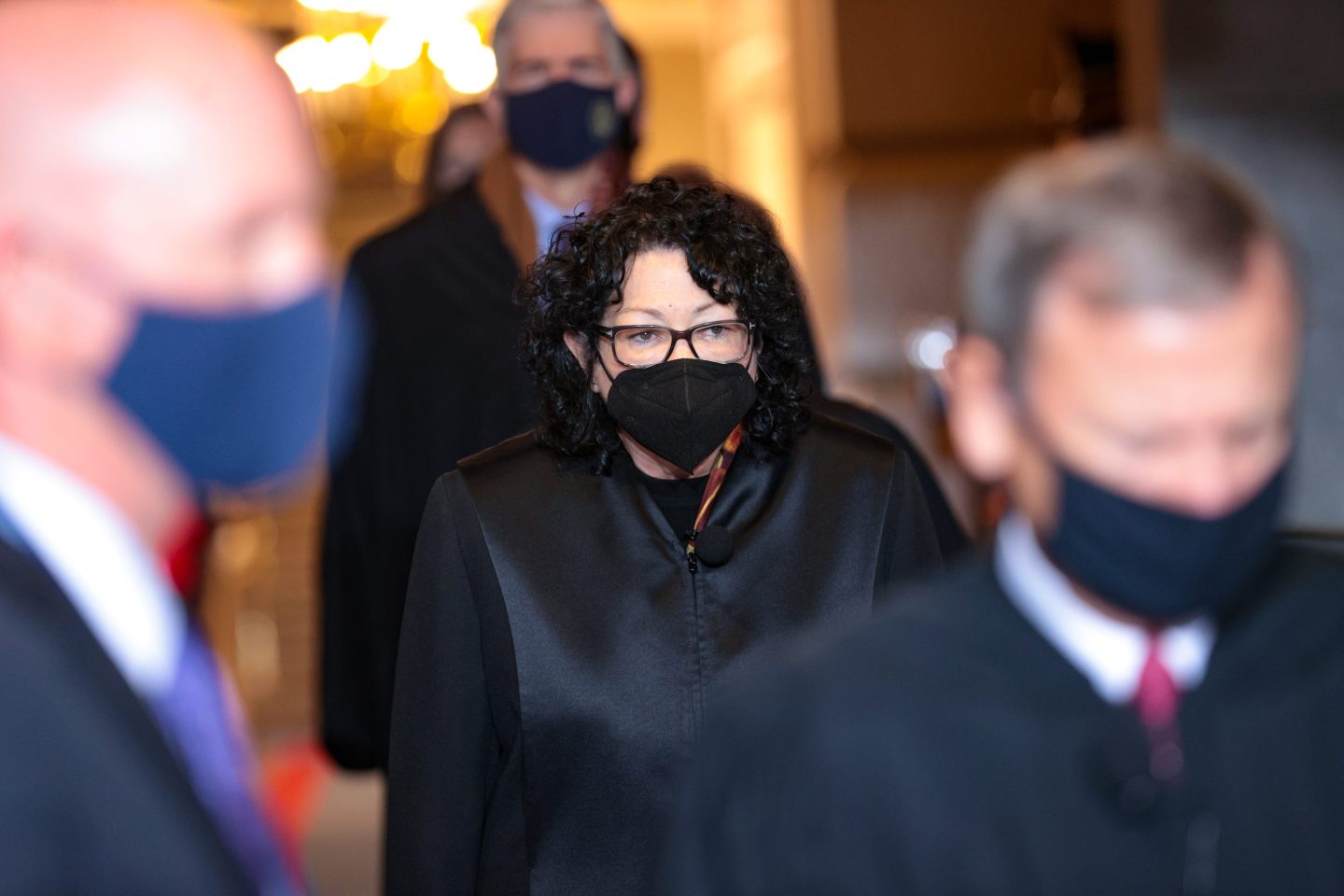 Good morning, Broadsheet readers! A top Kamala Harris advisor is leaving, Stacey Abrams will make a second bid for governor, and abortion rights are under threat at the Supreme Court. Have a good Thursday.

– Ego trip. The worst fears of progressives and advocates for women’s reproductive rights got one step closer to reality yesterday when the Supreme Court heard arguments on a Mississippi law that bans abortions after 15 weeks. The court’s conservative majority, established by former President Donald Trump’s three nominees, didn’t just seem likely to side with Mississippi; it seemed downright eager to scrap women’s right to abortion—enshrined in Roe v. Wade—altogether.

Julie Rikelman, a lawyer for the Center for Reproductive Rights representing Mississippi’s only abortion clinic, argued that overturning Roe and letting states decide whether to grant women access to abortions would empower legislatures to deny women a say in one of life’s most crucial decisions.

“For a state to take control of a woman’s body and demand that she go through pregnancy and childbirth with all the physical risks and life-altering consequences that brings is a fundamental deprivation of her liberty,” Rikelman said.

None of the six conservative justices seemed to buy her argument.

Justice Brett Kavanaugh indicated he approved of the idea that the Constitution is neutral on the issue of abortion, while Justice Amy Coney Barrett seemed to argue that “safe haven” laws, which let women forfeit parental rights after giving birth, “take care of [the] problem” of unwanted parenting responsibilities.

Chief Justice John Roberts seemed to propose a kind of compromise; that the court only consider the 15-week ban before it and not states’ rights to impose earlier restrictions. He suggested that 15 weeks would give women enough “opportunity to choose” what to do with a pregnancy. He may be able to convince his conservative colleagues to endorse a more incremental rollback of Roe, which currently bars states from banning abortion before 23 weeks, but even that seems like a long-shot.

Justice Sonia Sotomayor’s argument in favor of keeping Roe in place was a more novel one: she appealed her colleagues’ egos. The liberal judge said that overturning Roe‘s 50-year precedent—even though the fundamentals of the abortion debate haven’t changed—would be interpreted by Americans as a partisan maneuver and tarnish the court’s reputation as an unbiased body.

“Will this institution survive the stench this creates in the public perception, that the Constitution and its reading are just political acts?” she asked. “If people believe this is all politics, how will we survive? How will this court survive?”

Sotomayor’s argument is also a long-shot, but may be the most compelling since it invokes a sort of existential threat for the court, whose justices have gone out of their way to defend the institution as non-partisan. In the end, it may be that the future of women’s right to choose hinges not on respect for women’s liberty and physical autonomy—but on the court’s own self interests.

- Ready for a rematch. Stacey Abrams will make a second run for governor of Georgia, she announced yesterday. The politician plans to run in 2022, and she'll likely face a rematch with GOP Gov. Brian Kemp. CNN

- Stepping down. Symone Sanders, Vice President Kamala Harris's chief spokesperson and senior advisor, is reportedly leaving the administration at the end of the year. Her exit comes amid reports of turmoil and staff infighting in the VP office, but a CNN source says Sanders is leaving because it's the right time to move on. CNN

- Match point. Match Group, now led by CEO Shar Dubey, settled a lawsuit alleging that the company undervalued Tinder in order to cheat the dating app's founders out of billions of dollars. (Dubey was not the company's CEO at the time.) Match will pay Tinder's cofounders $441 million to settle. The Verge

MOVERS AND SHAKERS: Disney named board member Susan Arnold its next board chair; she'll succeed Bob Iger and will be the first woman to lead the entertainment giant's board in its near-100-year history.

- Over the line. The Women's Tennis Association will suspend all its tournaments in China over the "disappearance from public life" of Peng Shuai, the Chinese tennis star, after she accused a top Chinese official of sexual assault. The WTA made its decision after weeks of being unable to contact Peng directly and is now a rare sports organization to push back against China. NYT

- Bond market. A new analysis by Goldman Sachs finds that backing developing countries with strong track records on gender equality pays off. A portfolio of global government bonds in the eight best countries for gender equity would have outperformed a similar portfolio for countries with the worst records on women's equality. Bloomberg

- Fast gets faster. Instacart, led by CEO Fidji Simo, is pursuing 15-minute grocery delivery as a method of competing in the increasingly crowded space. Ultrafast delivery would first come to one city as a pilot program. The Information

Puma has its first women's basketball collection The Cut

"It was an honesty that I hadn’t seen in a film about women who are imperfect and cut open and not always pretty."

-Dakota Johnson, on starring in Maggie Gyllenhaal's The Lost Daughter. The film is based on an Elena Ferrante novel.

This story has been updated to correct the spelling of Symone Sanders's first name. We regret the error.