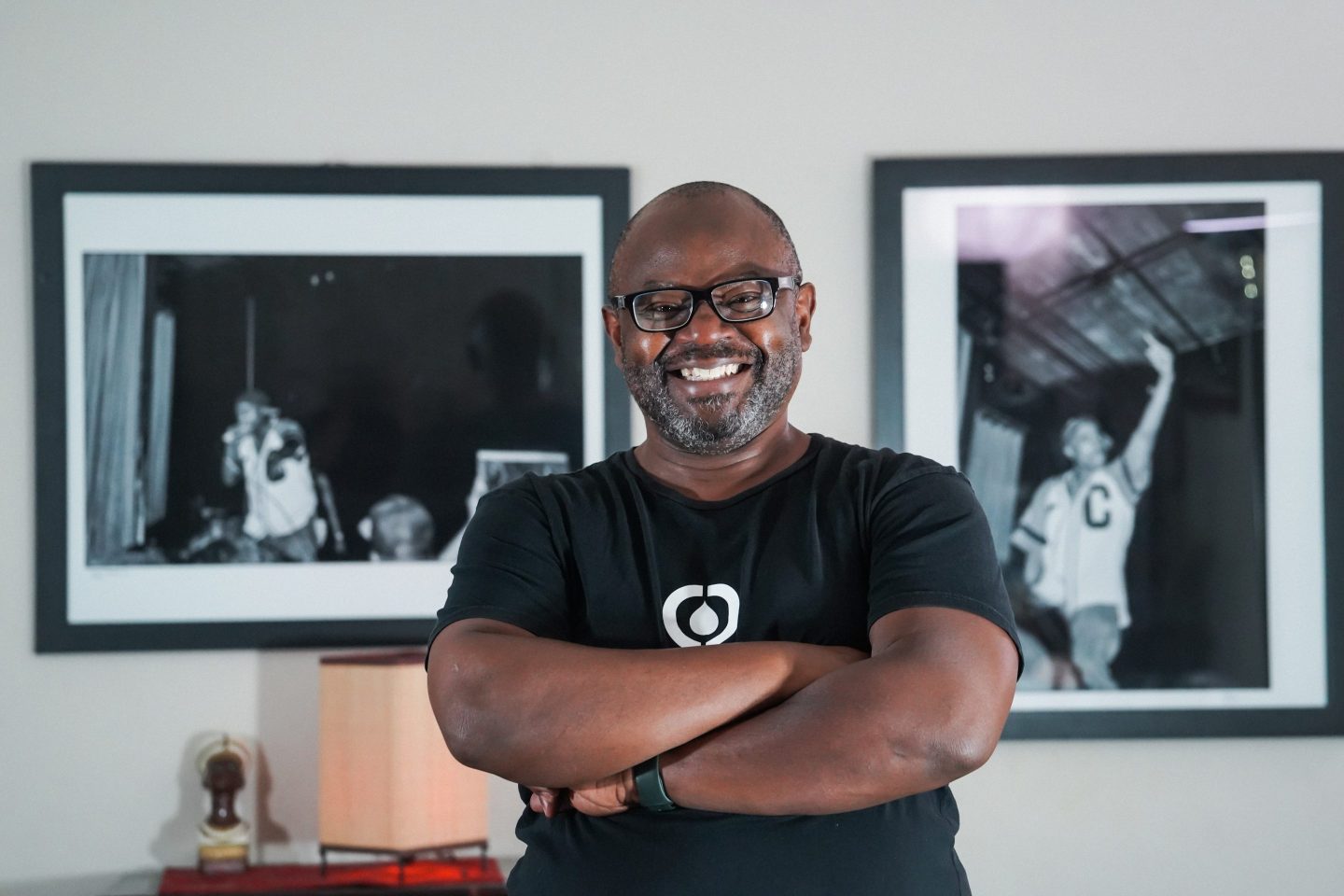 Dotson had no idea that the rap artist he met on Hollywood Boulevard would become a global icon.
Courtsey of Ralph Laurence Mariano

About 30 years ago, I had the privilege to photograph one of the greatest rap artists of all time: Tupac Shakur. In the early 90s, I couldn’t have conceived of anything like the non-fungible token (NFT) market and the adventure I’m embarking on today with these photos being auctioned on OpenSea.

On Apr. 11, 1992, I was hitting the Hollywood streets promoting my rap ‘zine. Not a blog, not a Tik Tok. My ‘zine – an independently produced paper magazine. There was no internet to speak of. For underground subcultures, ‘zines were the internet back then.

I ran into Tupac at the Pig & Whistle on Hollywood Boulevard and recognized him right away. He was starting his career as a rap artist after being a backup dancer for the Oakland-based rap group Digital Underground. His record release party for his legendary album 2Pacalypse Now was that night. He bought one of my magazines and invited me to the party.

I immediately went to a drugstore to buy a disposable 35mm camera and went to the party at Glam Slam West, a nightclub owned by the musical artist Prince. There weren’t many people there, mostly record industry execs, and me with my disposable camera.

My intent with the developed pics was to give them to Tupac himself, in return for supporting me as a journalist by buying a magazine. I had no idea that he was going to become a superstar someday. I only saw him in person twice after that, and neither time did I have the pictures with me. So, I held onto them as a keepsake from my journalism career during the Golden Era of Hip-Hop.

In the 21st century, the analog world slowly gave way to the digital. As the Internet gradually phased out print publication’s popularity, my time as a journalist culminated, but Tupac’s influence and legend endured–and even grew after his tragic death. All too often, we appreciate people more when they’re gone.

When I heard about non-fungible tokens (NFTs) a few months ago, I was perplexed. How could a digital object be given such a high value? I read any article that I could find on NFTs and blockchain, and I concluded that the best way to get the value that these rare pictures truly deserve was to put them on the Ethereum blockchain.

From my novice perspective of blockchain, I see it as a verifier of authenticity. I think the closest analogies are trading cards, comic books, or any other rare collectible. People can counterfeit rare items, and it takes an expert to distinguish the difference. Blockchain verifies an object’s authenticity digitally and in the public domain. Backed by a blockchain currency, the value of the asset can be justified because of its rarity or its complexity, and the connection to the notoriety or the story of the creator and the NFT.

This is how the infamous Beeple piece became regarded as one of the highest valued NFTs in existence, after selling for a value of $69.3 million. It took a couple of decades to link real-world assets to digital ones, but I believe the convergence of analog and digital is upon us. We are blending virtual and traditional realities. Both worlds have been traveling side-by-side for a few decades now, crossing paths in the occasional augmented reality Pokémon Go or early experiments like Second Life. But there was never really a time when the digital and analog met the way we’re seeing with blockchain and NFTs.

The metaverse is doing what the Internet did long ago: dismantling the last vestiges of a purely analog society. And for me, who started this journey hustling magazines on Hollywood Boulevard, there is value here. As a creator, this is a new and powerful outlet. Previously, these photos sat in an album. When I was a substitute teacher, I used to reward middle school students for finishing their assignments by giving them a peek at this album. But otherwise, the power of these photos stayed locked away.

Tupac once said he would spark the brain that would change the world. Putting these photos, this piece of hip hop history into the metaverse could be another pathway for that dream to come to fruition.