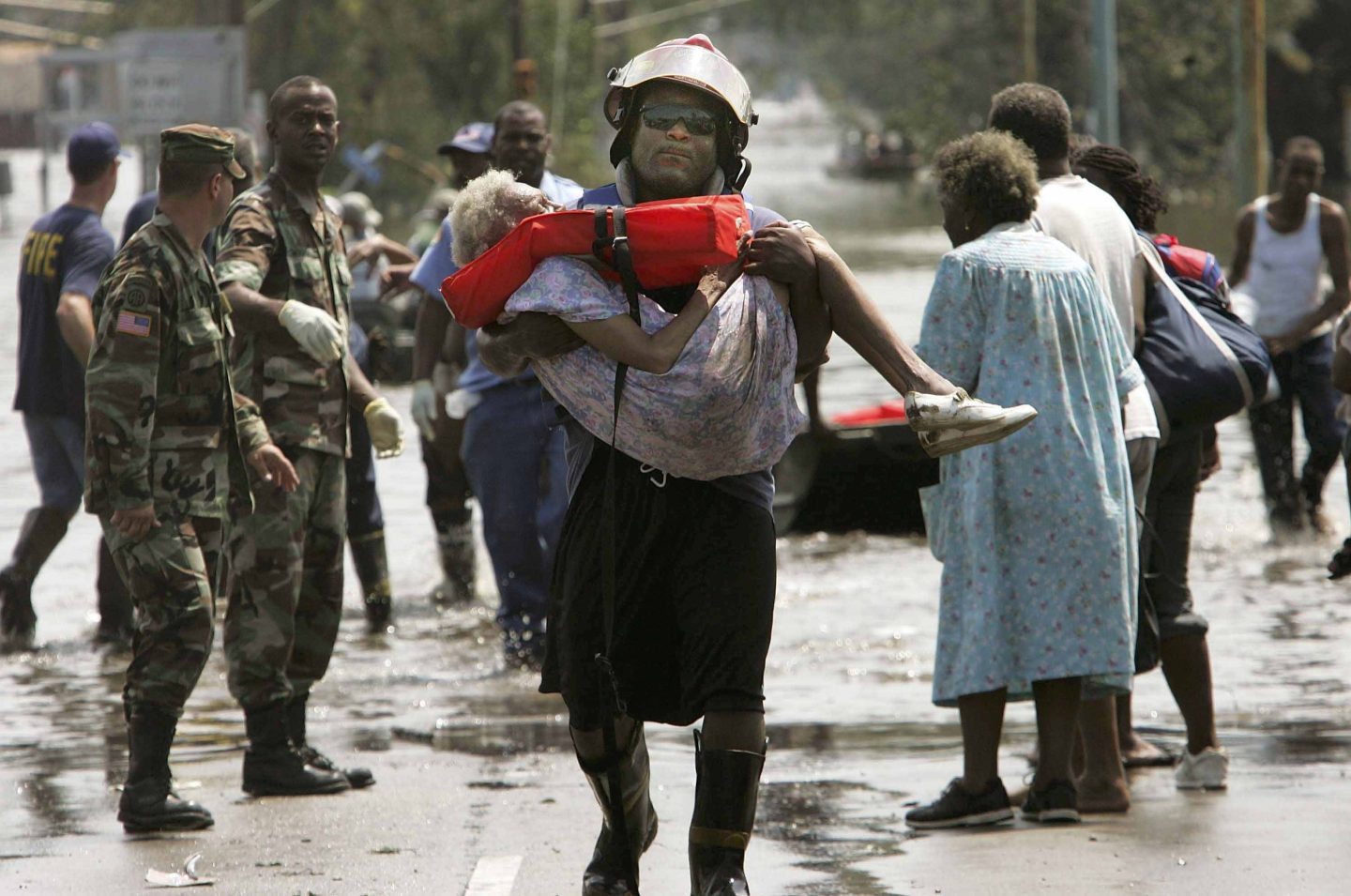 Hurricane Katrina exposed the disconnect between the environmental movement and the people most affected by global warming.
Mario Tama - Getty Images

I’ve spent the last year and a half immersed in our climate crisis, piecing together an action plan to zero out the world’s carbon emissions before it’s too late. Speed & Scale turned out to be the most demanding project of my life, the most rewarding—and without a doubt the most terrifying.

When you steep yourself in scenarios for a global warming apocalypse, it’s enough to keep you up at night. But it never felt hopeless, thanks to the activists, scientists, policymakers, entrepreneurs, and investors whose stories are featured in the book.

These remarkable individuals point to what we can achieve on a global scale. They are showing the way to a clean energy future. Some are well-known leaders like Bill Gates, Al Gore, Christiana Figueres, Mary Barra, and Jeff Bezos. Others are mostly unsung heroes, and I’d like to take this opportunity to celebrate three of them here.

Ethan Brown is a giant of a man who walked into Kleiner Perkins in a T-shirt and jeans some years back with a vision for “a plant-based McDonald’s.” I was blown away by Ethan’s passion to reinvent a meat-free burger that could compete on taste with the real McCoy. Plus, I loved his startup’s name: Beyond Meat. The company broke through by biochemically “restitching” plant proteins into the essence of beef—no cow required. The potential benefits for the climate are enormous. Beef and dairy cattle account for nearly five billion tons of greenhouse gases per year, or around eight percent of the global total. If the world’s billion cows were a country, they’d rank third in emissions, behind China and the U.S.

As I came to know Ethan, I found him to be one of the most authentic people I’d ever met. He is determined to find a healthier, more sustainable way to give people what they love: a grilled meat experience. Beyond Meat now has distribution deals in more than 80 countries, including the vast China market. Earlier this month, Ethan’s original vision became a reality. Beyond Meat’s McPlant burger—made from peas, coconut, and potatoes—launched a trial run in McDonald’s franchises in seven U.S. cities. I continue to be uplifted by Ethan’s enthusiasm, his resolute climate consciousness, and his unflagging efforts to make a great product even better.

‘The impact is death’

In the summer of 2005, Margot Brown was immersed in research for her doctorate at Tulane University when the warning came. She packed her data in her bag and fled New Orleans with hundreds of thousands of others, barely ahead of Hurricane Katrina. Seven months later, when Margot returned to the battered city to defend her dissertation, she was stunned—by the changes, but also by the contrasts.

In affluent Uptown, a Whole Foods market sat untouched by a storm that killed more than 1,800 people and caused $125 billion in damage. But poor Black neighborhoods like the Lower Ninth Ward, just four miles away, were ruined ghost towns. The Whole Foods was built on higher, safer, and pricier ground. The Lower Ninth Ward was flooded by an industrial canal that wiped out natural barriers and exposed residents to toxic exhaust—and the imminent danger of extreme weather. “The devastation to communities of color was so severe,” said Margot, now vice president of justice and equity for the Environmental Defense Fund, “that it put their disadvantages into sharp focus for the world to see.”

For decades, as she points out, there’s been a disconnect between the environmental movement and the people most affected by environmental racism, the ones who bear the heaviest burden from global warming. As the EDF’s work reminds us, today’s climate crisis is an opportunity to take on social and economic inequities that have persisted for generations, from health outcome disparities to gender discrimination. Margot possesses a deep understanding that our commitment to the planet must be linked to a commitment to the people living on it. She inspires me with her clear-eyed compassion; I admire her refusal to pull any punches. “When people ask me about the impact of environmental injustice,” she says, “I reply quite simply that the impact is death.”

The next thousand unicorns

As the chief executive of BlackRock, the world’s largest asset manager Larry Fink was one of the first to realize that climate risk equates to investment risk. An outspoken advocate of the corporate sustainability movement, Larry uses his annual open letters to prod investors and business leaders to deliver long-term returns while building a clean energy future. In this year’s edition, Larry declared that his industry was on “the cusp of a transformation.” Recently he predicted that the next thousand unicorns—startups to be valued at more than a billion dollars—will be “businesses developing green hydrogen, green agriculture, green steel, and green cement.”

But Larry holds no illusions that the transition will be seamless. After the global financial community made headlines at the Glasgow climate summit by pledging $130 trillion to clean energy and infrastructure projects, he warned that funds could be bottlenecked by lagging government policies. We’ll meet the urgency of this moment, he believes, only if the public and private sectors work more closely together. It’s that combination of pragmatism and missionary zeal that makes Larry such an inspiration.

As Jeff Bezos says in Speed & Scale, this is the decisive decade. If we fail to cut carbon emissions in half by 2030, the chances are slim and none that we’ll get to net zero by 2050. The stakes are high and time is of the essence. But with climate warriors like these leading us into the fray, I believe that we just might prevail.

John Doerr is an acclaimed venture capitalist and chairman of Kleiner Perkins. His new book is SPEED & SCALE: An Action Plan for Solving Our Climate Crisis Now