Why Singapore’s sometimes messy reopening matters—to the city, and the world 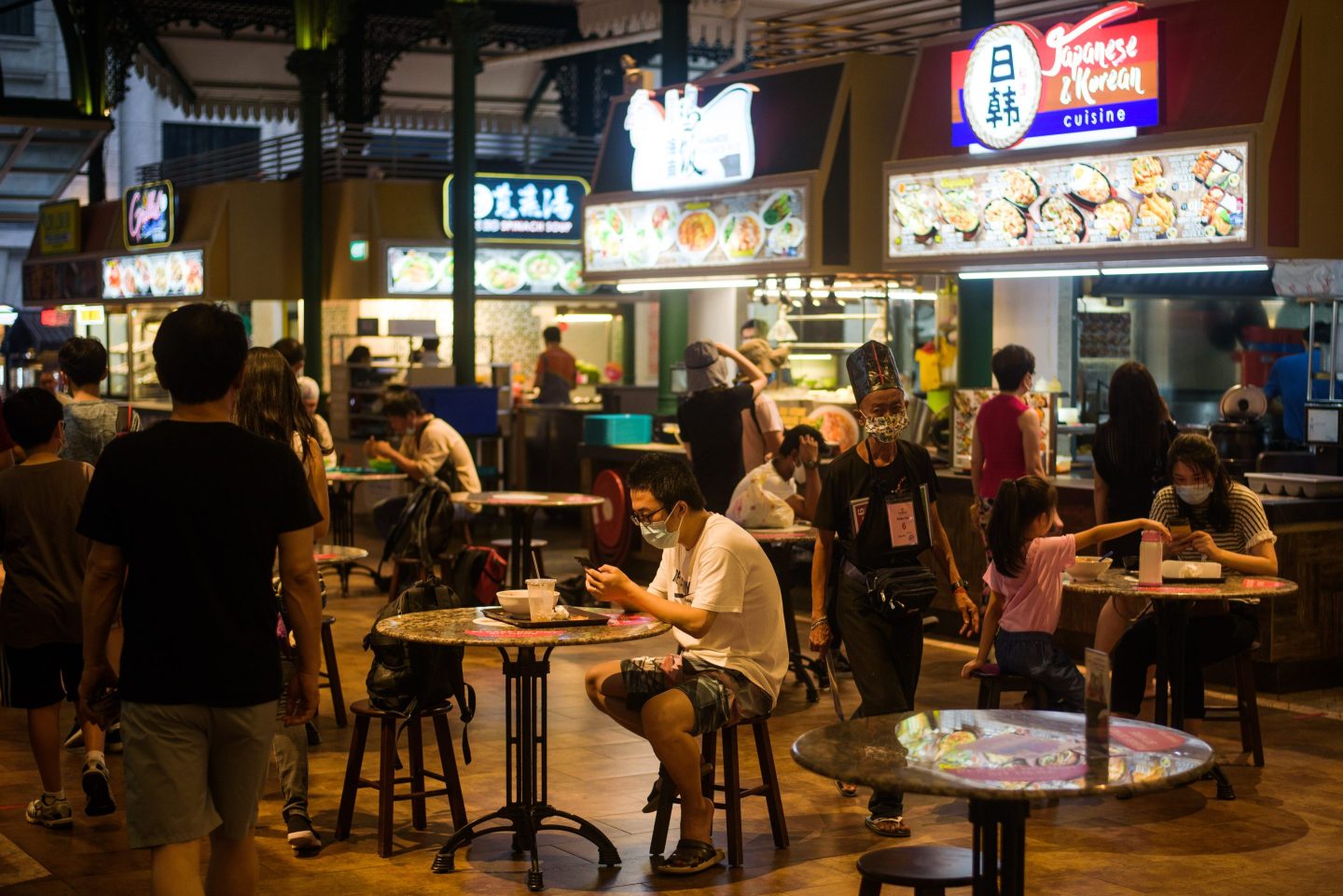 Devadas Krishnadas, CEO of the Future-Moves Group and author of “Confronting COVID-19,” writes that Singapore’s reopening could sustain—or hamper—the city’s status as a role model for the rest of the world.
Joseph Nair—NurPhoto/Getty Images

Singaporeans were looking forward to the lifting of current restrictions, originally due to end on Oct. 24. Instead, on Oct. 20, the government decided to extend restrictions—such as constraints on social gatherings and mandating work from home—by an additional month, citing the potential strain on health care capacity.

A close analysis of the data shows that a significant proportion of the cases that require acute care come from the 6% of the population who are unvaccinated despite being eligible, the most vulnerable portion of whom are seniors. Thus, Singaporeans are asking why they are being held hostage by a minority, whose choice is placing a huge externality on the rest of the nation.

Singapore has a tough path to tread. Domestically, it is trying to determine whether it will rely on policy “nudges”—such as requiring the unvaccinated to pay their own health care costs or mandating vaccination—or stutter in limbo with ever-extending restrictions. Yet the city is also trying to open its borders to international travel and events.

Government statements, like the speech delivered by Prime Minister Lee Hsien Loong on Oct. 9, show the desire to pivot to a “living with the virus” approach that allows the city-state to reopen domestically and internationally. Lee’s speech was followed by the announcement of a Home Recovery Programme for those with mild or no symptoms and the opening up of eight more countries to “Vaccinated Travel Lanes” in addition to the two already activated.

The clarity from leaders like the prime minister is important. When a surge in COVID cases had prompted health authorities to reimpose some social distancing restrictions, some observers—including me—argued that these policy shifts showed a city government unsure of its COVID strategy. Foreign outlets including Bloomberg and the New York Times suggested there were divisions in the government.

Singapore’s reputation as a pragmatic nation—which may be floundering a little in the wake of its policy shifts—will be bolstered by a safe and well thought out reopening. The city has long been a case study for economic and social success, with an unrivaled commitment to free trade, and is the go-to strategic partner for trade between East and West.

These achievements were built upon and helped to build a reputation for effective government and efficient public administration. The rest of the world not only looks upon Singapore with envy, and for lessons learned, but as an example of what good government can achieve.

And, perhaps, Singapore will sustain its status as a role model for other nations and governments. The prime minister’s speech, meant for a domestic audience, has global repercussions: The international business community, capital markets, and strategic partners have a stake in the continuity of the “Singapore Story.”

How Singapore manages the COVID-19 pandemic thus matters both for its own sake, and for so many other stakeholders beyond its shores.

Singapore was originally held up internationally as the “gold standard” in managing COVID owing to its initial low case numbers. Yet matters took a nosedive as the pandemic swept through crowded migrant worker dormitories, a development that was followed by a seven-week lockdown, euphemistically called a “circuit breaker.” Singapore also instituted travel restrictions; those who left were not allowed to return to Singapore easily, for fear they would import the virus.

This containment strategy to limit the transmissibility of the virus worked: Community cases plunged in the latter half of 2020.

But it had consequences.

Singapore’s economy endured its deepest recession in its independent history, with a contraction of 5.8% despite a fiscal stimulus of just over 100 billion Singapore dollars. And in September of this year, the government announced that, for the first time since 1970, Singapore’s population had shrunk, by 4.1%, largely due to a drop in nonresidents amid the COVID-19 pandemic.

Singapore introduced an unprecedented five budgets in 2020, with more than 100 billion Singapore dollars in economic support and stimulus as countercyclical measures.

Despite a slow start owing to limited supply, Singapore’s vaccination program has picked up the pace recently, reaching an 84% full vaccination rate as of publication. Yet daily case numbers have risen, leading to multiple episodes of “Heightened Alerts,” with restrictions on numbers of those dining out and the imposition of default work-from-home arrangements for businesses. Of greatest concern is the fact that ICU occupancy now fluctuates between 79% and 84%. Singapore is now rolling out booster shots for all above the age of 30.

Clearly, keeping with the 2020 containment strategy was unsustainable. The Delta variant is far more transmissible, making it much more difficult to contain. The aggressive containment strategy had several social and economic costs, especially on the small- and medium-size enterprises that make up 99% of its firms and employ 73% of its residents. And finally, Singapore’s vaccination success ironically means little room left to expand protection.

Singapore is not the only country considering ways to open up. Our neighbor Malaysia has just embraced a strategy of “living with the virus,” setting out a path to remove barriers to intrastate and international travel. Australia—with travel restrictions so tough that even its own citizens couldn’t enter at times—has now pledged an aggressive strategy of opening to international travel by November. Thailand, dependent on tourists for its economy, is exploring ways to let visitors back into the country.

Singapore built its reputation on being farsighted, taking bold steps, making hard choices, resiliency in the face of crisis, and, above all, pragmatism. Singapore’s reopening strategy would be an opportunity to show that this reputation remains intact. Or it may inadvertently show the world a different Singapore: one that is indecisive, lacking both foresight and fortitude.

Devadas Krishnadas is founder and CEO of the Future-Moves Group, a Singapore-based management consultancy. He was previously a policy official with the Singapore government. He is also the author of Confronting COVID-19: A Strategic Playbook for Leaders and Decision Makers.