Want to know what future battles over globalization will be about? Look to the chip shortage 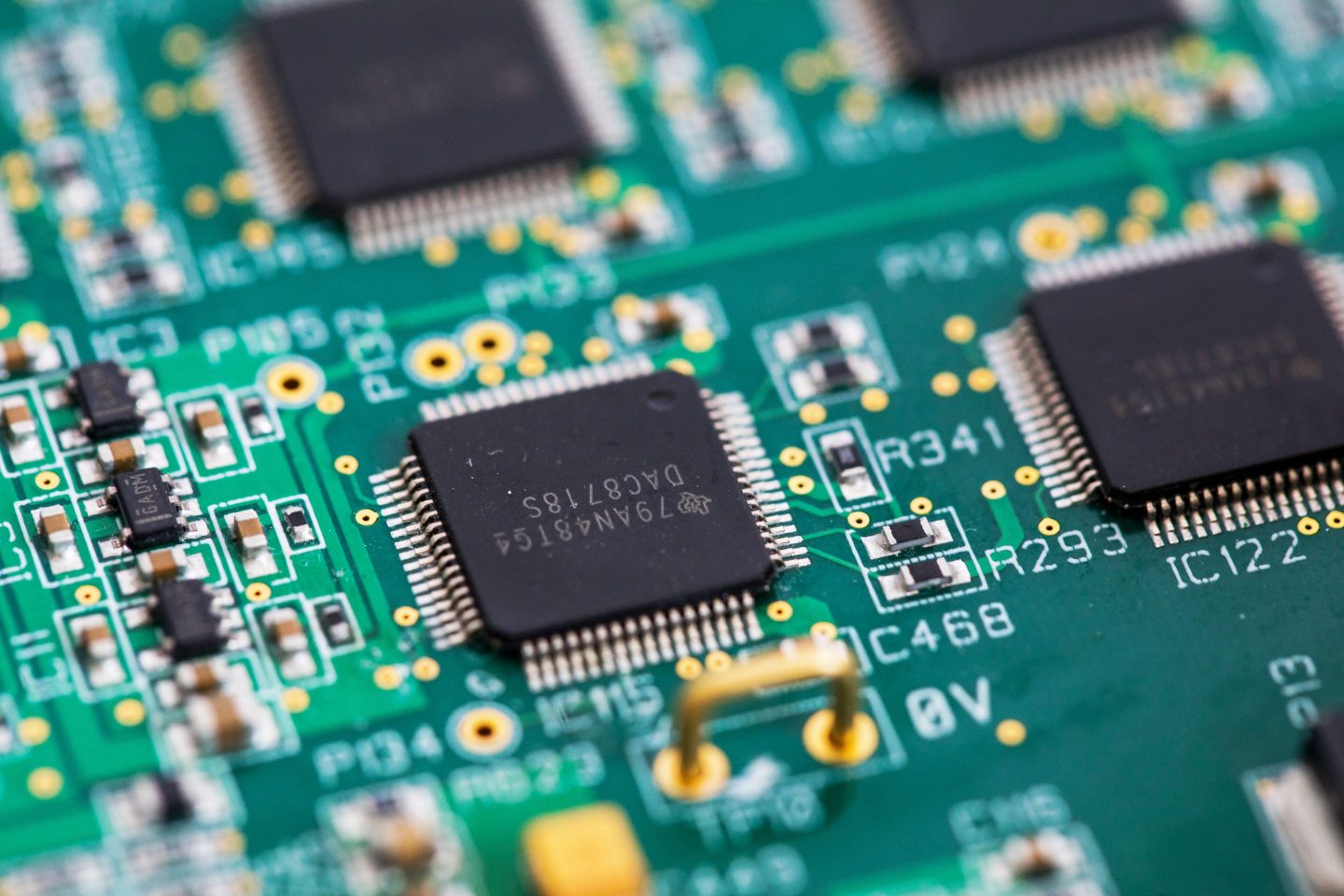 Anthea Roberts and Nicolas Lamp, authors of “Six Faces of Globalization,” argue that the chip shortage tells us where the politics of globalization are headed.
Chris Ratcliffe—Bloomberg/Getty Images

The worldwide shortage of semiconductors has been a staple of this year’s headlines, and for good reason. The chip shortage is a story of superpower conflict, corporate concentration, and industrial policy ambitions, with affected parties ranging from carmakers to cryptocurrency miners.

But the shortage is also something else: a window into competing priorities about how to handle the virtues and vices of global economic integration.

Perhaps the most common reading of the chip shortage is that it’s a spectacular comeuppance for the hyperefficient, yet brittle, supply chains that have been a hallmark of the post–Cold War wave of globalization. This ties to a broader focus on “resilience” that has been growing since the early days of the COVID-19 pandemic, as officials scrambled to procure masks and ventilators. This argument emphasizes self-reliance over interdependence, diversification over concentration, and redundancy over efficiency.

Yet the resilience argument misses important parts of the picture: namely government actions, specifically by successive U.S. administrations. First, President Trump levied tariffs on all things Chinese (including semiconductors). Then his administration also tried to prevent exports of U.S.-made, and later of any U.S.-designed, semiconductors to China. Many of these policies have been continued by the Biden administration.

What was (and is) going on here?

In addition to “resilience,” there are two other priorities at play.

The first is one of good old protectionism. In Trump’s view of the world, trade is a zero-sum competition over jobs, and countries like China have used nefarious practices—such as subsidies and undervalued currencies—to “steal” good manufacturing jobs that used to form the bedrock of America’s blue-collar communities. Tariffs were the Trump administration’s tool of choice in trying to bring these jobs back.

Of course, some argue that imposing tariffs on crucial inputs such as semiconductors was counterproductive: Imports of Chinese semiconductors fell by half, and the shortfall was made up by neither imports from elsewhere nor domestic production. Yet Trump’s “protectionist” approach still holds sway in the Biden administration: The tariffs on Chinese semiconductors remain in place, and the continuation of many tariffs was recently confirmed by U.S. Trade Representative, Ambassador Katherine Tai.

The second story revolves around a fear of China’s seeming inexorable rise to technological leadership. The U.S. administration adopted increasingly aggressive measures, including export restrictions and the extraterritorial application of U.S. law, to keep American-made and designed semiconductors out of the hands of China’s superstar firms. These measures cannot be explained by a jobs-obsessed protectionist viewpoint. Instead, they are justified by a security-driven “geoeconomic” narrative that focuses on broader U.S.-China competition for economic, technological, and military supremacy.

When narratives come together

How do the three narratives—resilience, protecting domestic jobs, and geoeconomic competition—fit together? The Venn diagram below, which we develop in our book Six Faces of Globalization, shows that all three approaches overlap at the center in support of greater national self-reliance.

It should not be surprising, then, that we see broad support for massive investments in domestic semiconductor capacity not just in the United States, but also in Europe and China. Greater self-reliance makes sense regardless of whether you are worried about resilient supply chains, interested in well-paying manufacturing jobs, or fearful of interdependence with a strategic competitor.

Yet the chip shortage debate also highlights the differences among these narratives. One fault line is a willingness to share the spoils with allies. The Trump administration, driven by the protectionist approach, showed little interest in working with allies to ensure the reliable supply of semiconductors; administration officials saw imports from Europe, Mexico, or Vietnam with only slightly less hostility than imports from China. In their view, what mattered were U.S. jobs; imports endangered those jobs, no matter where they came from.

By contrast, the resilience and geoeconomic narratives overlap in support of diversifying supply chains by building links among allies (a.k.a. “ally-shoring”)—which runs counter to the protectionist goal of rebuilding domestic manufacturing. To proponents of these policies, diversifying production among allies achieves their primary policy objectives—security of supply and reduced dependence on a strategic competitor, respectively—often in a more cost-effective manner.

The Biden administration has already embraced a more cooperative approach with allies than Trump; as Chad Bown reports, the United States has reached agreements with Japan, South Korea, and the European Union to cooperate on a new semiconductor strategy. But the Biden administration’s policies seem to be “protectionist-plus” in the sense that they involve an interplay among protectionist, resilience, and geoeconomic motivations. So when do these other motivations pull in different directions?

Looking to the future

Despite their considerable overlap, the resilience and geoeconomic approaches are divided on a crucial question: Do we just care about resilience, or do we also care about not relying upon a strategic competitor? In other words: Would Chinese and Western producers be allowed to form part of the same supply chain?

If increased resilience is the primary driver, joint Chinese-Western supply chains could help to resolve the chip shortage. Yet if strategic competition dominates, we’ll see the emergence of parallel Western and Chinese supply chains.

It seems clear that the U.S. is primarily focused on strategic competition and some level of technological decoupling from China—a view reinforced by the recent Quad agreement to launch a Semiconductor Supply Chain Initiative. But what will happen within the West?

Even though the U.S.-EU Trade and Technology Council committed to building a partnership to rebalance global supply chains, this followed on the heels of the European Chips Act announcement. The latter made clear that the European Union believes resilience requires some independence from both China and the United States. Europe may see China as a “systemic rival,” yet it also seems unsure that the U.S. will always be willing and able to deliver in times of need.

Everyone talks about how globalization needs to change, yet we can’t understand how it will change without grappling with these competing political priorities. The interplay—and contest—among the protectionist, resilience, and geoeconomic narratives will shape the future of globalization. How countries and companies handle the chip shortage will be one of the first indicators of which direction we’re going in.

Anthea Roberts is professor in the School of Regulation and Global Governance at Australian National University and author of the prizewinning Is International Law International? Nicolas Lamp is associate professor in the Faculty of Law at Queen’s University, Ontario. They are the authors of Six Faces of Globalization: Who Wins, Who Loses, and Why it Matters (Harvard University Press).