Your imposter syndrome isn’t your fault 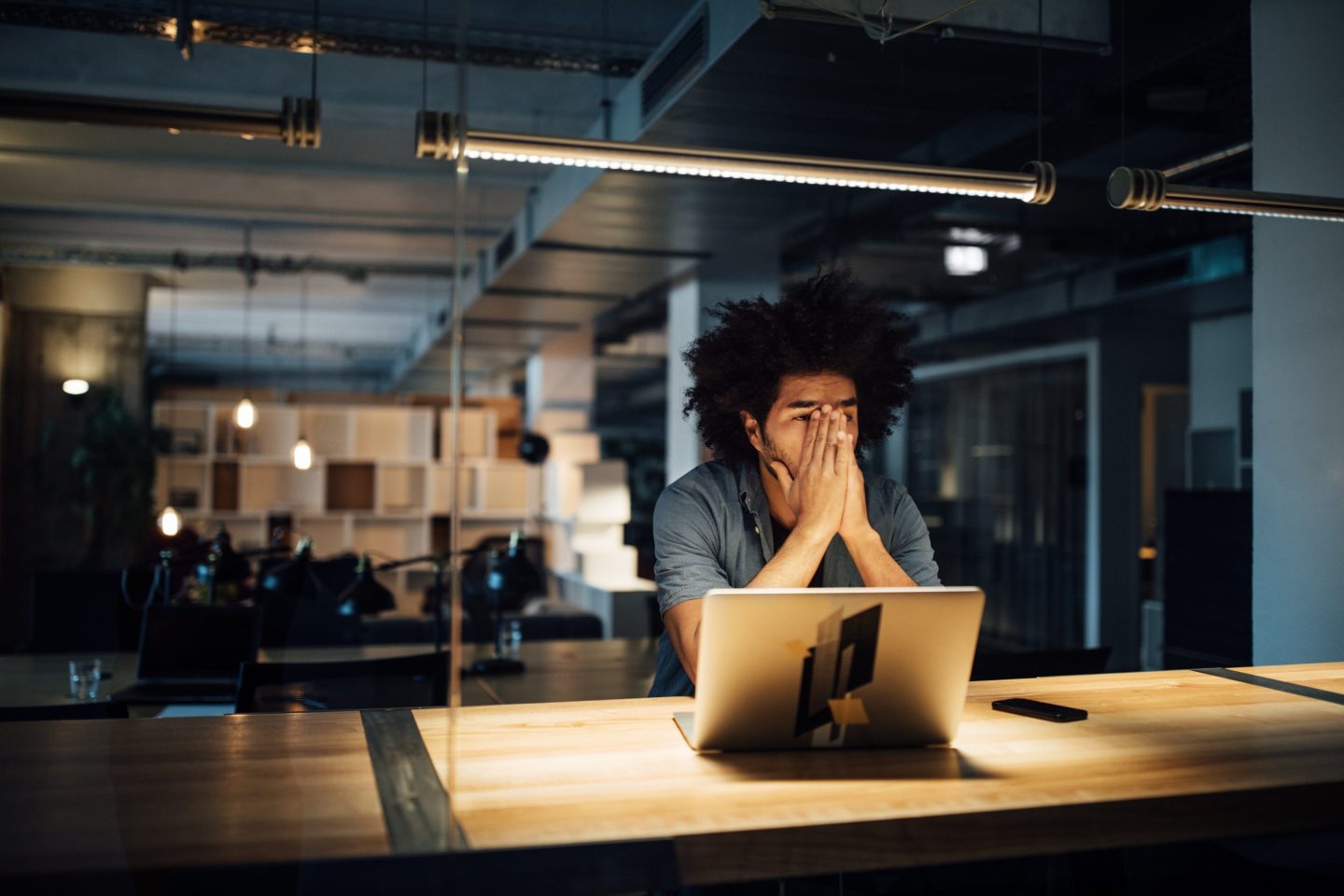 Welcome to Worksheet, a newsletter about working smarter. Today, I am here with reassurance. (Next week I’d like to write about the snacks we’re all eating while we work remotely. Chime in on this thread or email me your go-tos!) On to today’s report:

“I’m in the job I want, but it still feels like I’m faking it,” a 34-year-old lawyer from Seattle told me last week. She was echoing the feelings of so many professionals, particularly women and people of color, who at some point in their career feel like an imposter. You know the feeling. Thoughts like, “I just lucked into this job. Everyone else is smart and deserves to be here.”

I’ve been thinking about this a lot, lately, as I’ve been adjusting to a whole new industry and workplace, and trying to feel like I belong.

This “imposter phenomenon” was first identified in highly accomplished women by therapists Pauline Clance and Suzanne Imes in a 1978 paper published in the journal Psychotherapy.

Despite their accomplishments, these women “persist in believing that they are really not bright and have fooled anyone who thinks otherwise,” Clance and Imes wrote. Individual therapy is the solution they offer in their paper.

The thing is, though, the imposter phenomenon — or syndrome as we all call it now — is not a totally individual problem. Or a problem inherent in women or people of color.

It’s not your fault.

One reason you might feel like an imposter at work is because you don’t fulfill all the stereotypes about what an ideal worker looks like. It’s hard to feel like you belong if you work in a place that discriminates or is biased toward a specific race or gender or pedigree.

Black college students who experience racial discrimination were more likely to feel like imposters, according to one study published in 2018.

Just last week, a former Google employee, who is Black, tweeted about having security called on him at the tech company because they didn’t believe he worked there. (The company told Forbes it was looking into the matter.) It’s not uncommon for women doctors to be mistaken for nurses, say, or female executives as secretaries.

The lawyer I spoke to said she didn’t follow a traditional career path — elite university, AmLaw 200 firm — so always felt a little unworthy compared to colleagues who did.

“It’s not that women are just inherently more prone to imposter feelings,” said Melis Muradoglu, a psychology PhD candidate at New York University. “But rather the culture, the context, plays a key role in what they’re experiencing.”

Feelings of imposter syndrome intensify for women, particularly women of color, in workplaces where “brilliance” is valued, according to new research Muradoglu and her advisor, psychology professor Andrei Cimpian, published online in August in the Journal of Educational Psychology. In other fields, there was less difference between the genders.

For their research, Muradoglu and Cimpian surveyed more than 4,000 academics, including graduate students, postdocs and professors, from nine American universities. Participants were asked how brilliance was valued in their field, and whether or not they felt like imposters.

There’s a cultural stereotype that associates brilliance with men. In prior research, Cimpian had found that in fields where “brilliance” is valued — like economics, mathematics — there are fewer women. People just don’t think of women as naturally “brilliant.”

The classic fictional example would be young wizard Harry Potter. He’s a raw talent just born that way, compared to his friend Hermione Granger, who succeeds because she reads a lot and over prepares.

Once you think about this, you’ll notice it everywhere. I’m just two chapters into a new book on Silicon Valley billionaire Peter Thiel, and author Max Chafkin has already called him “brilliant” at least three times. I am having a harder time finding any women in tech described as brilliant.

Women internalize these stereotypes, to the point where even if you succeed in a “brilliant” field you won’t feel like you succeeded. You don’t quite belong.

Feeling that way is terrible — leads to anxiety and stress and discomfort. If therapy can help, by all means. But Muradoglu said there are ways workplaces, or fields, can change (beyond the major cultural project of reducing stereotypes and eliminating gender and racial bias).

Workplaces could certainly reduce an emphasis on brilliance and focus on hard work or other factors that comprise success. Muradoglu said she consciously just avoids the term “brilliant,” but I’m not so sure about that — I’d love to hear more women described that way.

What does seem to work, anecdotally, is supportive workplaces and managers. When Gina Gacad, a 27-year-old, Filipino-American PR specialist in San Francisco, was having a hard time at her new job, she turned to her manager for help. At a big agency for the first time, she felt like she didn’t quite belong.

“It felt like I didn’t have clout and I was second guessing my instincts,” she told me. Gacad ended up crying on a call with her manager about it. Her manager was helpful; sharing her own insecurities and making Gacad feel supported. “I needed reassurance but also constructive criticism,” she said. “She really worked with me.”

One quote, one story, one number

“This is a once-in-a-generation moment to make change.”—Vicki Shabo, a paid leave advocate, outlining the stakes of passing a federal paid family leave policy in New York Magazine.

Read this incredibly detailed advice on how to negotiate your salary, the process starts well before you get the offer. (Lenny’s Newsletter)

Percentage of women who report feeling burned out this year compared to 35% of men. Last year it was 32% and 28%, respectively, according to LeanIn’s Women in the Workplace report.