Fast, furious (but not electric): Lamborghini talks TikTok and speed as it plays catch-up on EVs 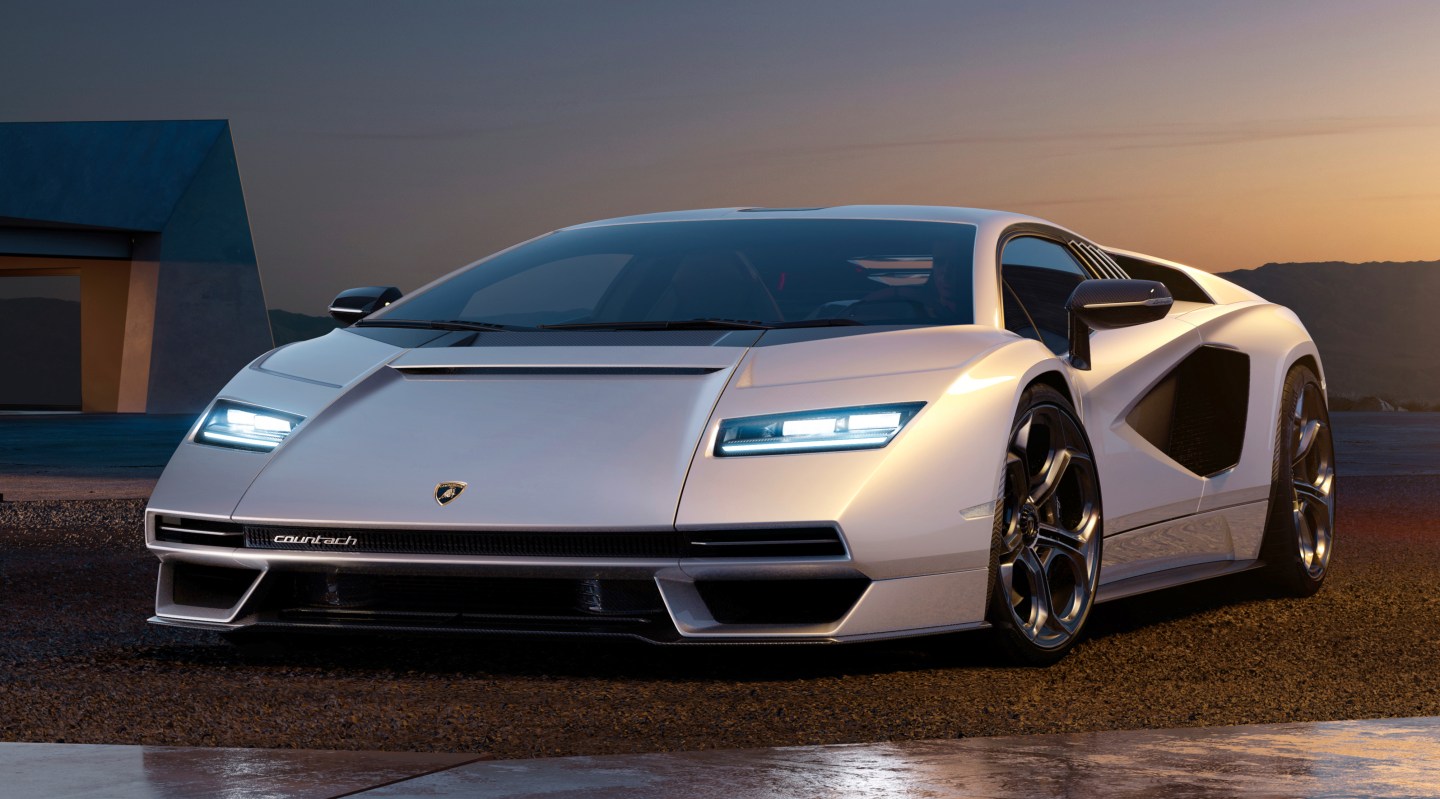 To match their big price tags and exotic looks, these metallic beasts are often paired with massive 10- and 12-cylinder combustion engines that can easily pump five times as much carbon dioxide into the atmosphere as a normal car does per mile.

It’s no surprise then that Lamborghini has fallen short of its legally mandated annual CO2 targets in Europe four straight times now. And without a zero-emission electric car that could reduce its ecological footprint—and none on the horizon for at least six years—that’s unlikely to change in the near future.

Yet even as the rest of the industry transitions to sustainably built electric vehicles, chief executive Stephan Winkelmann argues Lamborghini is just as relevant to environmentally concerned millennials and Gen Z consumers as it was to kids growing up in the ’80s with images of the iconic Countach plastered on their walls.

“We’re enjoying so much support from customers and fans, young and old, that I don’t worry about the future of our cars,” said the Berlin-born and Italian-educated dual national during an interview last week in Munich’s Goldberg Studios.

Lamborghini has a huge and growing community of supporters, Winkelmann says, citing the more than 30 million subscribers to its Instagram channel. By comparison, Ferrari, with all of its illustrious history and Formula 1 racing pedigree, can still only spot Lambo’s taillights in the distance with its paltry 20 million–plus.

“We also have a million followers on TikTok,” the CEO added, while his spokesman quickly pointed out Lamborghini was the first carmaker to achieve that distinction.

Particularly popular in the under-30 demographic, ByteDance’s social media site is in some ways a modern improvement on the analog car posters hung in bedrooms in years past, since its user-generated videos can be shared widely and go viral.

No fear of the extreme

While it’s highly unlikely these social media fans will grow up to become Lamborghini customers (the company delivered only 7,430 vehicles last year versus Ferrari’s 9,119 cars), luxury brands thrive on social acceptance. Without it, the furtive and envious looks from golf club buddies that reinforce the sports car purchase can morph into disapproval, robbing owners of the affirmation from their peers that they crave.

Executives from Porsche claim its ability to seamlessly pair both exclusivity with a broad appeal is one of the secrets to the luxury brand’s long-standing success and a core reason why its design never strayed far from the unassuming grace of its original 911.

Lamborghini by comparison doesn’t do low-key, and limited one-offs like the Veneno have even ventured into the outright garish. Its desire to stick out and call attention to itself is one reason why sales of the brand suffered during Chinese leader Xi Jinping’s crackdown on corruption.

Chief executive Stephan Winkelmann posing next to the Lamborghini Veneno during its premiere at the 2013 Geneva Motor Show.
Courtesy of Lamborghini

Nowadays the risks from its extreme image come from finding itself out of step with the transition to greener mobility symbolized by Tesla’s success.

But while models like the V12 Aventador may have sky-high carbon footprints when compared with other cars, Winkelmann argues its footprint overall is negligible given how few of them are actually sold. And, he adds, many belong to collectors who typically take them out for weekend spins, unlike a Porsche 911 that is designed to be used as an everyday car.

“Our cars only drive a few thousand kilometers a year,” the CEO explained.

Yet what about competition from the new Tesla Model S Plaid, quicker from a standstill than a Lamborghini? Elon Musk finally snagged a coveted lap-time record for a production electric car on the unforgiving Nordschleife racetrack to prove the car’s sporty credentials. Surely now that EVs are increasingly recognized for their performance, Lambo’s slow move to green mobility must be chipping away at its appeal?

“It’s not like in the past there weren’t competitors that had more horsepower and acceleration than a super–sports car,” Winkelmann countered. Pointing to the full order books, he said there was no indication that customer demand had diminished: “We focus on the entire package, including performance in the curve, overall handling, and design.”

The figures speak for Lamborghini. It enjoyed a stellar 2020 all things considered, posting its second highest sales volume in history and earning—according to Winkelmann—record income (the company does not release profit figures, as it is consolidated within Audi). Production from its Sant’Agata plant in Bologna is currently presold through July of next year.

More important, it received what might end up being a permanent stay of execution from its parent, Volkswagen Group.

After VW’s diesel emissions crisis erupted five years ago, the luxury of owning a niche supercar business went from impractical to an unnecessary distraction, before becoming a nuisance that management sought to offload during a spring-cleaning of its portfolio.

A sale might have devastated the company had it not included affordable access to a wealth of VW Group intellectual property in areas like eco-friendly drivetrains and lightweight materials, as well as sourced parts that are a key benefit for brands in the broader corporate stable.

That all changed in December when labor leaders sharing power on VW’s board convinced their peers on the opposite side of the table that Lamborghini be taken off the auction block in exchange for union consent on key personnel issues.

With the April departure of group finance chief Frank Witter, the main architect of the portfolio restructuring, Lambo appears to be safe; in May, a Swiss consortium that wanted to bid €7.5 billion ($8.9 billion) for the brand found it was “not for sale.”

With the brand’s status in the group seemingly settled, Winkelmann can focus on his business plan, which foresees record investments of more than €1.5 billion over the next three years to turn its trio of combustion engine models into more environmentally friendly plug-in hybrids.

“From 2025 on, we will reduce our emissions by a minimum of 50% over today’s level,” he said. Just in time, in other words, for the first stage of new CO2 fleet emission targets that take effect in Europe.

No decision has been taken on a battery-powered car, including the kind of specs it should have, what type of cells it might use, or how the development of a fourth model would be financed. Chances are, Winkelmann said, it would share the VW Group’s next-generation EV architecture known as SSP to reduce engineering costs.

Pretty much the only aspect that is clear is that it won’t compete with the Aventador or its smaller sibling, the V10 Huracán sports car.

“We’re thinking it will be at least a 2+2 seater,” he said. In other words extreme, but with a hint of practical.