Angela Merkel is finally a ‘feminist’ 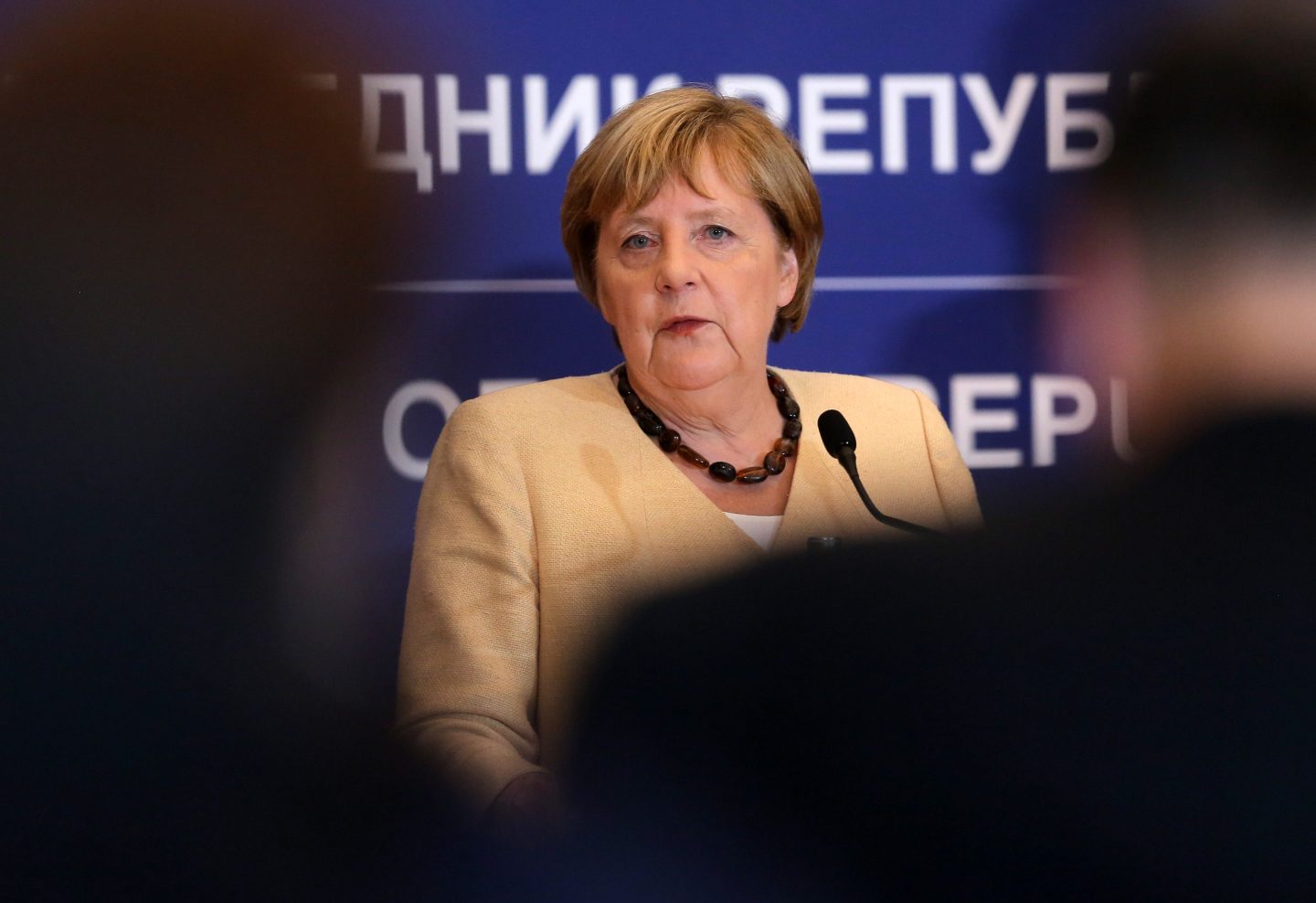 – Finally a feminist. When German Chancellor Angela Merkel sat alongside then-IMF chief Christine Lagarde and Ivanka Trump at a Women20 Summit in Berlin in 2017, she was asked if she was a feminist. She gave an awkward answer: “To be honest, the history of feminism is one with which I have common ground but also differences, and I don’t want to embellish myself with a title I don’t have.”

The response from the chancellor, arguably the world’s most powerful woman, was disappointing to women’s rights advocates, but maybe not surprising.

During the majority of her 16-year term that will end after an election this month, the chancellor has downplayed her gender, shying away from her status as a ‘first’ and projecting her effectiveness as a leader with a subtle, if not purposefully bland, style. Her tactic contrasts sharply to the strategy employed by the likes of Hillary Clinton, who more fully embraced the ground-breaking nature of her candidacy. Merkel’s approach won her the chancellorship four times.

But now, as she prepares to leave office—and with reelection notably off the table—Merkel is warming to the label she once side-stepped.

At an event last week with Nigerian writer Chimamanda Ngozi Adichie, Merkel again addressed whether she sees herself as a feminist. “Essentially, it’s about the fact that men and women are equal, in the sense of participation in society and in life in general,” she said. “And in that sense I can say: ‘Yes, I’m a feminist.'”

The chancellor acknowledged that her thinking on the issue had evolved, describing herself as a “bit shier” when she answered the question in 2017. “But it’s more thought-out now,” she said. “And in that sense, I can say that we should all be feminists.”

You may file Merkel’s proclamation under ‘better-late-than-never,’ but women in Germany argue that Merkel’s tenure as chancellor is what really counts when considering her legacy. “She has done a lot to pave the way for others,” Maria Luisa Schill, a resident of the German town of Freiburg, told Reuters. “Now it is completely normal to see female chancellor candidates. And this hasn’t always been the case.”

- California votes. Today is California's recall election, deciding whether or not Gov. Gavin Newsom will stay in office. Polling reveals that women are showing up for Newsom, with 66% supporting him continuing in office. A small majority of men, meanwhile, support recalling the governor. Politico

- Where women work. The Indian ride-sharing company Ola is building a new electric scooter factory where the business plans to only employ female workers. The factory, southeast of Bangalore, would employ 10,000 women and be "the world’s largest women-only factory and the only all-women automotive manufacturing facility globally." Bloomberg

- Second Monday in September. At last night's Met Gala, cochair Billie Eilish wore Oscar de la Renta—and revealed that she only agreed to do so after the label promised to stop selling fur. Nicki Minaj, meanwhile, drew attention to the event's vaccine requirement by stating that she chose not to attend the gala because she has not been vaccinated.

- Pin in it. Christine Martinez worked closely with Pinterest's cofounders in the startup's early days, offering ideas and expertise used to develop the platform's digital pinboards. Now Martinez is suing, saying she was never compensated for her contributions. Pinterest, which has struggled with allegations of sexism and racism brought by women who worked at the company, didn't respond to request for comment. New York Times

- Partisan politics? Supreme Court Justice Amy Coney Barrett said during a speech this weekend that she worries the court may be seen by the public as a partisan institution. (She didn't mention her own fast-tracked confirmation during the last days of the Trump administration.) "Judicial philosophies are not the same as political parties," says the justice. Politico

- Fertility treatment. Aetna, the insurer owned by CVS Health, faces a potential class-action lawsuit over its coverage of fertility benefits for LGBTQ couples. The suit alleges that same-sex couples are required to pay more out of pocket for fertility treatments than heterosexual couples who have been unable to conceive. Aetna hasn't responded to request for comment. Reuters

The UN's own humanitarian crisis The Cut

A teen magazine icon is shattering her legend, one jaw-dropping confession at a time. Why? Slate

An appreciation of the women of Shang-Chi The Cut

"I hope that we’re past the tipping point. It feels that way. But I’ve been naïve in believing that before."