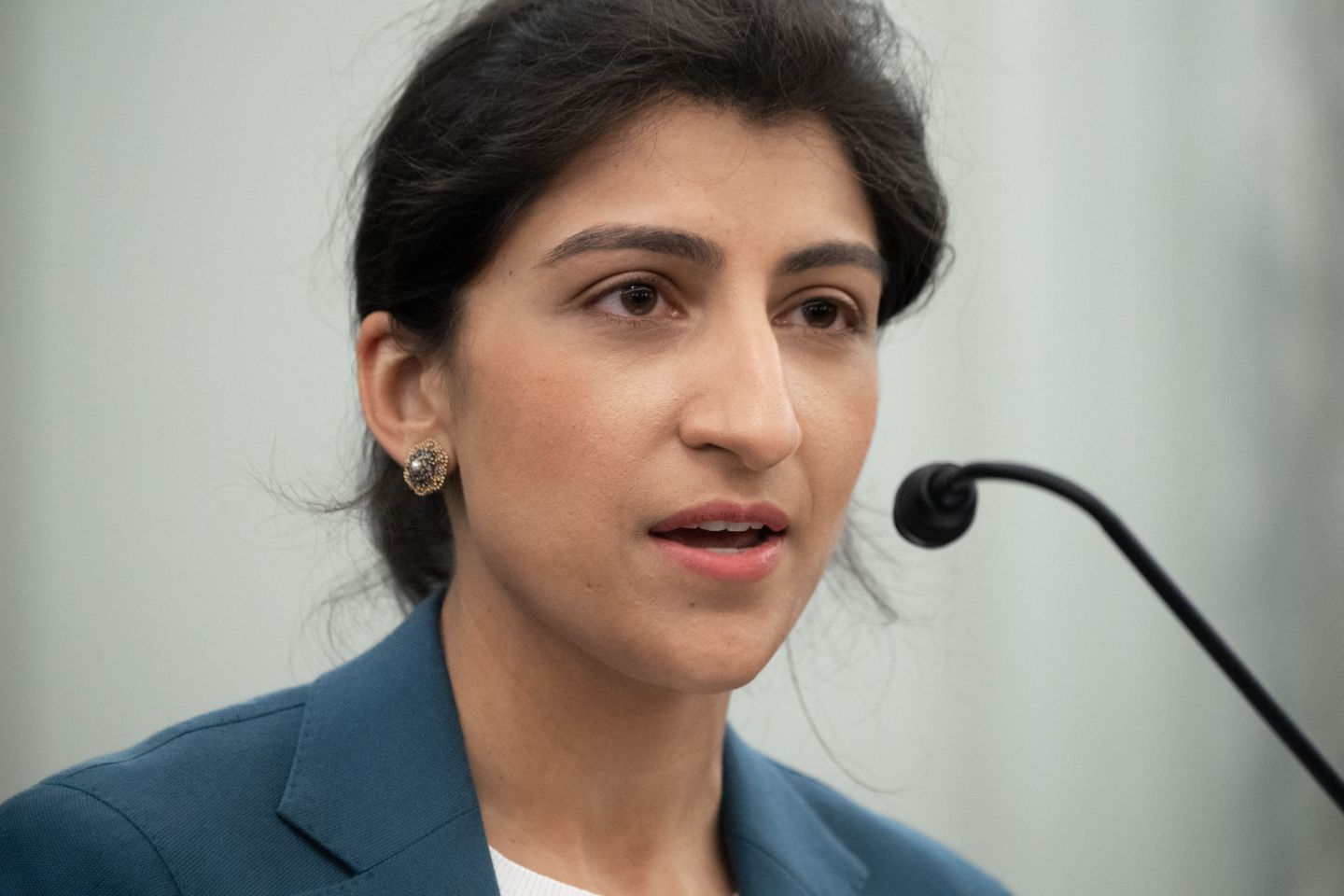 Good morning, Broadsheet readers! Dr. Jill Biden heads back to school, a gender gap in higher education is having some unintended consequences, and Fortune reveals our latest 40 Under 40. Have a great Wednesday.

– The young and the relentless. I will admit that I’m a sucker for the age old magazine tradition of list-making, and Fortune’s annual 40 Under 40, which published this morning, is one of my favorites.

This year’s list is focused on the myriad ways our lives have changed in the COVID-era—from how we work, to how we eat, to how we invest. It’s full of discoveries, and, as always, jam-packed with women you should know. I encourage you to check out the full list, but here’s a sneak preview:

Lina Khan, chair of the Federal Trade Commission (32): Khan first rose to national prominence in 2017, when, as a 28-year-old Yale Law student, she wrote a groundbreaking 98-page article about Amazon’s anticompetitive behavior for The Yale Law Journal. Now, as “the youngest and arguably most progressive head of the Federal Trade Commission in the agency’s 106-year history,” she’s making a run at reining in Big Tech and making some of the biggest changes to antitrust law in decades.

Elena Kvochko, chief trust officer, SAP (34): A former tech exec in the banking industry, Kvochko is now working to stop cyberattacks and build trust with consumers. Oh, and she’s also an inventor of “patent-pending and patented technologies, including an information card silent coercion alarm that prompts an institution to review fraudulent activity on behalf of a customer.”

At a difficult time in history, it gives me hope to see this generation of women doing great things—and with even greater things ahead of them. I hope our list gives you the same jolt of inspiration.

- Landmark decision. Mexico's Supreme Court ruled yesterday that criminalizing abortion is unconstitutional. The decision is a big victory for Mexico's women's rights movement and paves the way for the legalization of abortion nationwide. Washington Post

- Gender gap. The WSJ reports on a growing gender gap in higher education, with men falling behind in college enrollment. But that means at some schools—mostly four-year private universities—men now have an advantage over women in college admissions. "Is there a thumb on the scale for boys?" says one consultant. "Absolutely." Wall Street Journal

- Back to school. Dr. Jill Biden is back in the classroom, teaching in person after a year of remote instruction. The first lady's return to in-person teaching is seen as a show of support for the Biden administration's efforts to keep schools—from K-12 to community colleges like Dr. Biden's—open and safe this year. New York Times

- Inside Brandy. A new investigation finds a toxic culture at the "one-size-fits-most" apparel chain Brandy Melville, popular with teens. Girls who worked in the stores, who were often under 18, were required to send photos of themselves daily to executives to review their appearance. Executives also favored white, thin, blond employees and paid those associates more than other store employees, the story reports. Brandy Melville's ownership, in a lawsuit, denied it "has ever fired an employee on account of his or her race." Business Insider

- Not on board. The fallout over Time's Up's connections to Andrew Cuomo's defense against sexual harassment allegations continues. The organization's entire board of directors, including Shonda Rhimes, Jurnee Smollett, Eva Longoria, and Ashley Judd, announced plans to resign. The directors say they "see the current crisis within Time's Up as an important opportunity for growth and change." The Cut

- Silent partners. What's the force behind Facebook's content moderation of dangerous, violent, and disturbing material? Often, it's Accenture, the consulting giant led by CEO Julie Sweet. The chief executive in 2019, amid growing criticism of Facebook's handling of this kind of content, once considered whether the reputational and legal risks to Accenture were too great to continue, this story reports. New York Times

- Period research. After much anecdotal evidence of how COVID vaccines affect menstrual cycles, the issue is finally getting some real research. The National Institutes of Health awarded $1.67 million in funding for researchers to study possible links. The Lily

Inside the Miss Navajo Nation Pageant, where lost traditions are found again Glamour

The other Afghan women The New Yorker

"We owe it to them. We exist because of them."

-Claudia Sheinbaum, the mayor of Mexico City. The city is replacing a statue of Christopher Columbus at Paseo de la Reforma with a monument to Indigenous women.