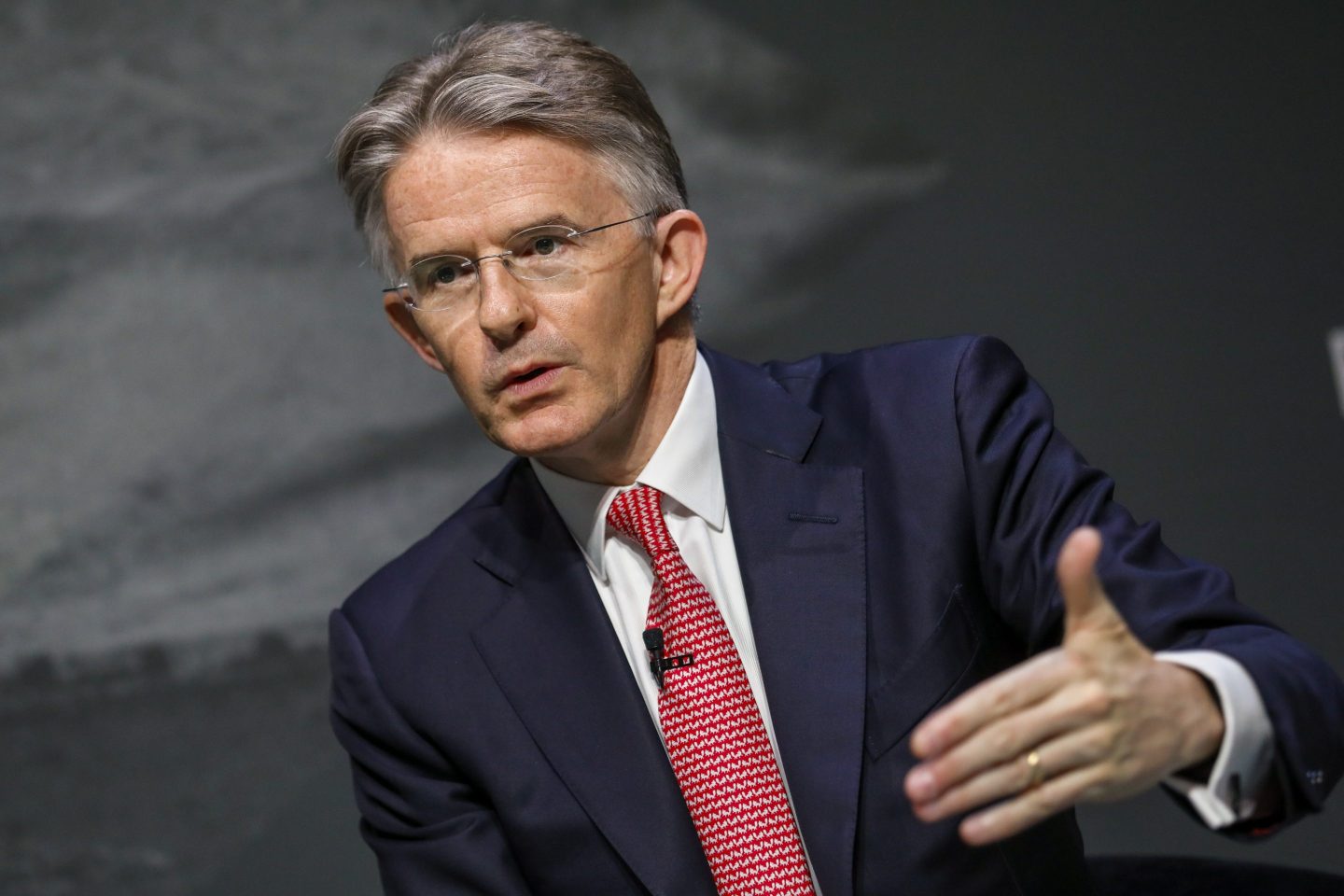 John Flint, who lost the top job at HSBC in 2019 after trying to drive through a radical cultural shift at the global bank designed to improve employee well-being, has landed a new role helping to fund British infrastructure development post-Brexit.

Flint will head the new U.K. Infrastructure Bank, a government lender that will extend billions of pounds in loans to large capital projects across the country, the British government announced yesterday. The U.K. Treasury has budgeted £22 billion ($30.4 billion) in state funding and loan guarantees for the new bank. That funding is, according to the Treasury, designed to “unlock more than £40 billion of financing for key projects across the U.K.”

The new lending institution is, in part, designed to make up for Britain’s loss of funding from the European Investment Bank (EIB), which had provided about $9.5 billion worth of funding each year to U.K. projects, such as a major rail development designed to better connect north and south London and the development of more affordable housing. Britain lost access to EIB financing when it exited the European Union in January 2020.

The new bank will play a role in what British Prime Minister Boris Johnson has called the “leveling-up agenda,” which is designed to bring economic development to Britain’s poorer towns and regions, particularly in the North of England. The bank will be based in the northern city of Leeds. In addition, the new lender will play a role in helping the U.K. meet its pledge to achieve “net-zero” carbon emissions by 2050 by helping to fund green energy, transport, and construction projects.

In appointing Flint to head the new bank, Rishi Sunak, the chancellor of the Exchequer, praised the executive for his “outstanding financial and management expertise.”

But Flint’s last CEO role did not end happily. The executive spent his entire career at HSBC, eventually landing in the corner office in early 2018. Unusually for such a homegrown chief, he then attempted a radical reshaping of the very corporate culture in which he’d thrived. He wanted to put the well-being of HSBC’s 238,000 employees at the center of the bank’s mission. He said he was striving to create what he called “the Healthiest Human System,” although he left the exact parameters of that system vague—intentionally, he said, because he wanted to make room for individual managers to interpret it.

The transformation did not go smoothly. Some managers soon complained that the bank was losing its commercial edge and not doing enough to cut costs, with predictably deleterious effects on HSBC’s bottom line. Flint reportedly clashed with the bank’s more results-minded chief financial officer, Ewen Stevenson. In an internal company survey, the results of which were leaked to Bloomberg News, employees complained the bank was “losing its way” and that divisions had erupted between senior leaders, leaving the staff hamstrung.

As the pressure on Flint mounted, he lashed out, reproaching managers for “incompetence” in missing revenue and cost-cutting targets during a global leadership summit in Hong Kong in March 2019, according to Bloomberg. Eventually, he lost the confidence of HSBC chairman Mark Tucker and the rest of the board, who voted to remove Flint in August 2019. Noel Quinn, another executive who had spent more than three decades at the bank, was appointed as his interim successor and then got the permanent post in March 2020.

As for now, a fresh set of eyes will be watching Flint and the sort of culture (and big infrastructure projects) he champions at the new U.K. Infrastructure Bank.