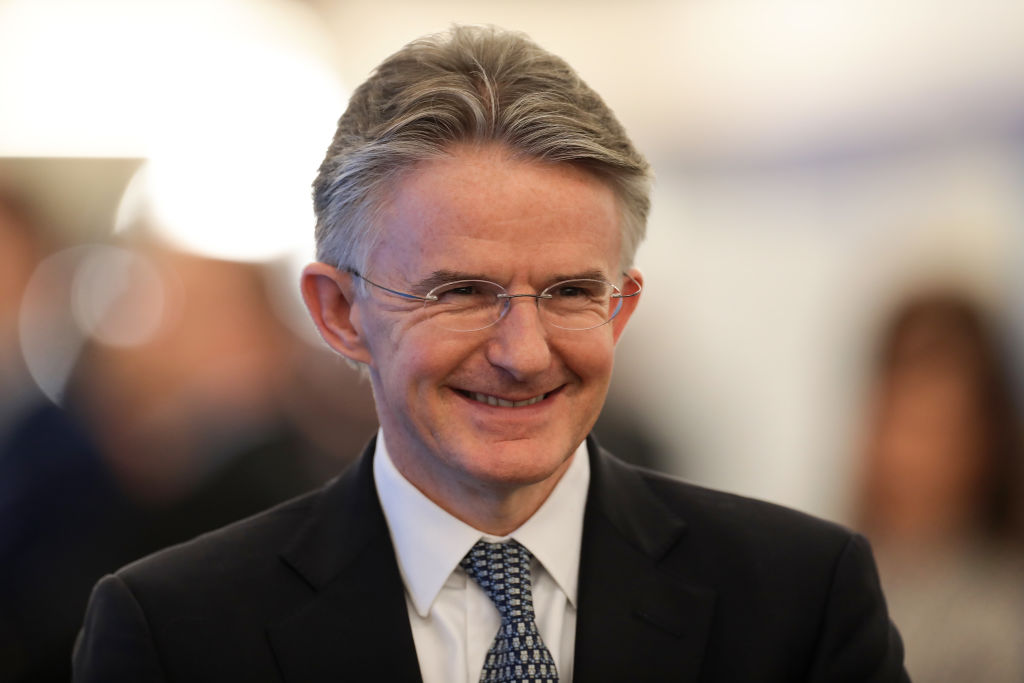 John Flint’s tenure running HSBC Holdings Plc has come to an abrupt end, with the bank announcing early Monday in Asia that the chief executive officer was stepping down.

The board believed a change was needed to help the bank, which has seen its Hong Kong-listed shares fall about 15% in the past year, meet the challenges it faces in an increasingly complex environment, Chairman Mark Tucker said in a statement. Some HSBC executives in Asia expressed surprise at the move, saying there had been no indication that a change was afoot. They asked not to be identified as they aren’t authorized to comment on the issue.

Global banks are struggling with low to negative rates, trade tensions slowing growth and disruptions from automation. European firms in particular have found it hard to cope: Deutsche Bank AG is restructuring its operations and cutting 18,000 jobs while Societe Generale SA plans to cut about 1,600 positions.

HSBC, which makes most of its money oiling the wheels of trade between East and West, has faced repeated questions about why a business heavily skewed toward some of the world’s fastest-growing economies can’t make better returns. His exit signals the board’s desire to accelerate change alongside a “potentially rapid deterioration” in outlook, JPMorgan Chase & Co. analysts wrote in a report.

“Investors may find it difficult to understand this decision that came through all of a sudden,” said Ronald Wan, CEO of Partners Capital International Ltd. “It’s unclear why they made such a decision. It makes people wonder if there’s any dispute internally over the bank’s management or strategy.”

Flint will be replaced on an interim basis by Noel Quinn, head of global commercial banking. The lender, which also released its latest quarterly results several hours earlier than scheduled, didn’t give a reason for the decision. Flint, 51, joined HSBC in 1989 and took over as CEO in February 2018.

The bank said second-quarter adjusted pretax profit was $6.2 billion, higher than the $5.7 billion analyst estimate compiled by HSBC. Its shares were down 1.4% at 1:27 p.m. in Hong Kong.

HSBC has struggled to win over investors. One of Flint’s key promises was that revenue gains would outpace cost increases, a trend the bank refers to as positive jaws. He failed to achieve that in his first year at the helm, though the bank said Monday that first-half adjusted jaws was a positive 4.5%.

At least 500 jobs were set to be culled within global banking and markets, people familiar with the matter said in May, with London likely to be in the front line. The CEO’s departure follows exits last month of U.S. head Patrick Burke and Greg Pierce, who ran the U.S. markets business.

HSBC expects severance costs to range from $650 million to $700 million in 2019, with annualized savings of a similar amount, according to an investor presentation.

The lender also said it would shortly begin a buyback of up to $1 billion and announced pretax profit for the quarter of $6.2 billion. The bank said in Monday’s statement that it did not expect to achieve its targeted 6% return on tangible equity in the U.S. by 2020. While HSBC will continue to target overall RoTE of more than 11% in 2020, “we will not take short-term decisions that could jeopardize the long-term health of the business,” it said.

First-half adjusted pretax profit rose 6.8% from a year earlier to $12.5 billion. In the second quarter, adjusted operating expenses rose to $8.1 billion from $7.8 billion.

“Our sense is the climate is getting increasingly complex, increasingly challenging, and that we both agree a change is needed to really make the most of the opportunities ahead of us,” Tucker said in an interview on Monday.

The CEO hiring process would take six-to-12 months, and consider both internal and external candidates, he said.

HSBC faces a dilemma between the need to invest in its global businesses and the pressure to show it has costs under control. The bank had budgeted investments of $5 billion this year, but it’s been measured in laying that out, spending just $1 billion in the first three months.

Flint’s short tenure as CEO is in contrast to his predecessor Stuart Gulliver, who ran HSBC between 2011 and 2018, and grappled with the impact on the bank of the global financial crisis. During Gulliver’s years in charge, the London-based lender faced pressure on its earnings from new regulations and low interest rates, and had to navigate misconduct scandals, which revealed widespread compliance failures.

Senior management exits at HSBC show that the bank wants a sharper focus on its biggest challenge, “new-age technology,” in a bid to improve its return ratios, Stephen Innes, a managing partner at Vanguard Markets Pte. in Singapore said. HSBC has been “slow to respond to these challenges,” he said.