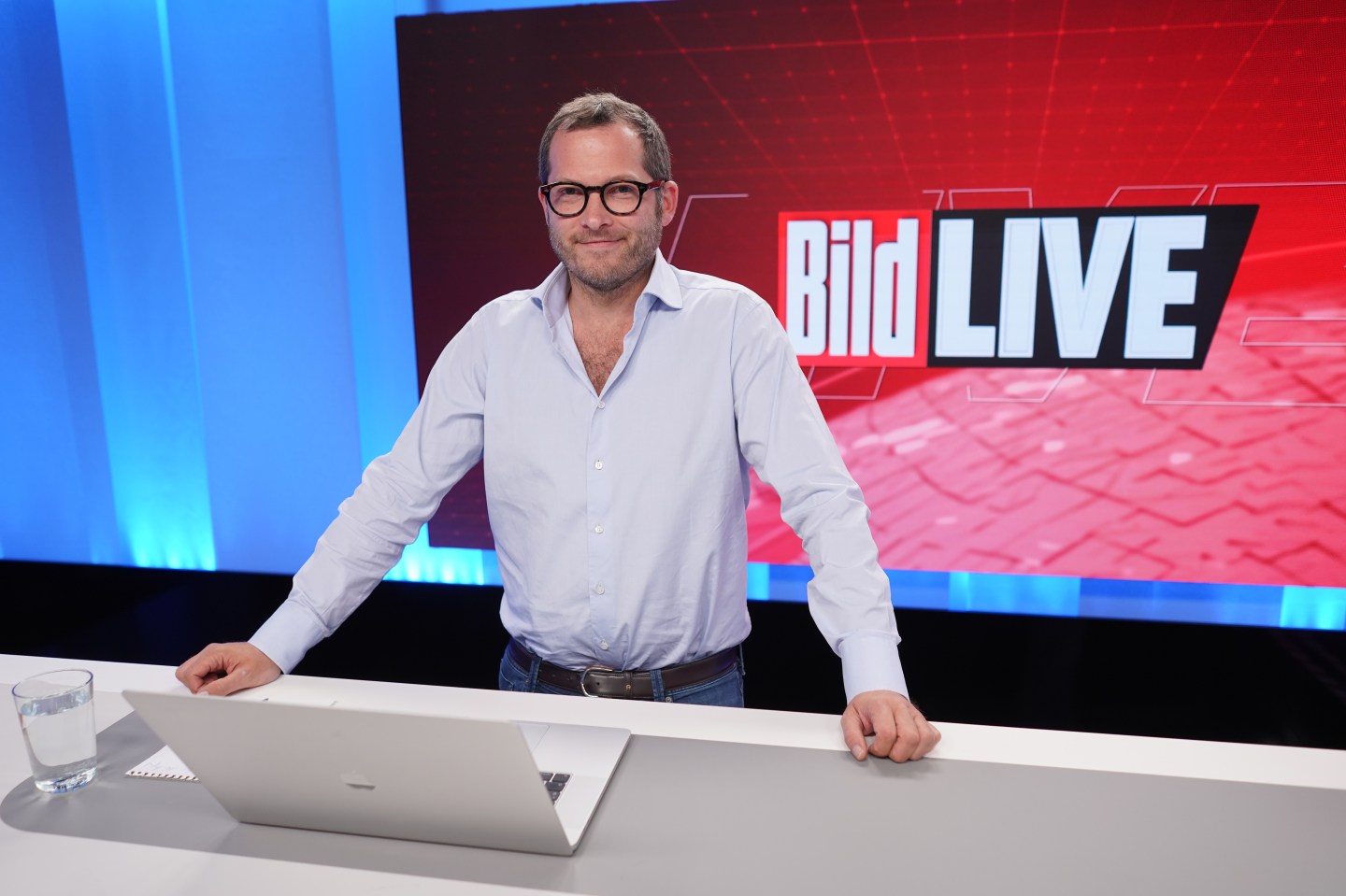 Julian Reichelt, editor-in-chief of Bild, stands in the studio of the new TV channel Bild, on air for the first time on Aug. 22.
Jörg Carstensen-picture alliance via Getty Images

Assuming the transaction is cleared by regulators, Springer will soon own one of the U.S.’s biggest political news outlets, with which it has already partnered in Europe for the last seven years. (Disclosure: I was one of Politico Europe’s earliest employees, meaning I worked for both Politico and Axel Springer.)

As part of the new deal, the company is also taking over Protocol, the tech news site established last year by Politico founder Robert Allbritton. Through its ownership of Insider and Morning Brew, Springer already has big fingers in the U.S. business-media pie.

Axel Springer went private in April 2020, months after the U.S. private equity firm KKR became the media group’s biggest shareholder—the squeeze-out of minority shareholders concluded in February. “The departure from the stock market heralds a new phase of growth for us,” said CEO Mathias Döpfner (who now has a 22% stake) at the time of the company’s delisting from the Frankfurt Stock Exchange.

The Politico purchase is by far the most visible example of that growth thus far, though not the only one. Bild, Springer’s biggest paper, launched a TV channel last week, and the Insider group—which Springer bought for $343 million in 2015—took a majority stake in the Morning Brew newsletter outfit eight months ago. At the same time, Springer focused its portfolio by selling its stake in an Eastern European media joint venture to partner Ringier, and by selling a majority stake in French auto-classifieds business Groupe La Centrale to private equity firm Providence Equity Partners.

“Our ambition is to become the leading digital publisher in the democratic world,” Döpfner told the Wall Street Journal Thursday, adding that Politico was particularly attractive due to its 30% profit margin.

Although it has significant events and ad revenue, Politico’s biggest cash cow is its decade-old, high-end subscription business. While much of its content is free to read, it charges a lot of money to send breaking alerts and analyses to a host of lobbyists and political staffers. It’s a very influential publication—which is exactly the territory on which Springer likes to play.

Axel Springer, named after its founder, began life shortly after Germany’s defeat in the Second World War. It has always broadly been pro-united-Europe, pro-America and pro-Israel, and extremely anti-communist.

At times, Springer’s right-wing bent has caused great controversy, most notably in 1968 when the company was targeted by left-wing students who rioted after student activist Rudi Dutschke was shot by an anti-communist who supposedly took inspiration from articles published in Springer’s brash tabloid Bild. (Four decades later, a leftist campaign successfully had a street outside Springer’s Berlin headquarters renamed after Dutschke.) Then, in 1972, the far-left Baader-Meinhof gang bombed Springer’s Hamburg offices, injuring dozens.

Recently, Bild has led the charge against Germany’s Greens, who are polling unprecedentedly well ahead of September’s federal elections, and whose origins lie in the same left-wing movement that the newspaper once demonized. The party accused Bild of “character assassination” several months ago, after it attacked the Greens’ candidate for chancellor, Annalena Baerbock, over arguable plagiarism in a recent book.

Bild’s TV channel is not Axel Springer’s first. In 2013, the company bought news channel N24, and five years later the station took the name of Springer’s flagship broadsheet, Welt. However, its launch is conspicuously timed, coming just a month before the elections.

Throughout its history, Springer—particularly Bild, Europe’s highest-circulation newspaper—has been tightly bound with Germany’s political elite. The Social Democrat Chancellor Gerhard Schröder once remarked that all he needed to govern was “Bild, BamS [Bild’s Sunday edition], and television.”

One of the new channel’s first programs included interviews with Armin Laschet, the center-right CDU/CSU candidate to succeed Angela Merkel as chancellor, and Olaf Scholz, the center-left SPD candidate. Baerbock, whose party is polling just a handful of points behind the neck-and-neck CDU/CSU and SPD, was not invited.