Are we finally ready to let professional women ditch makeup? 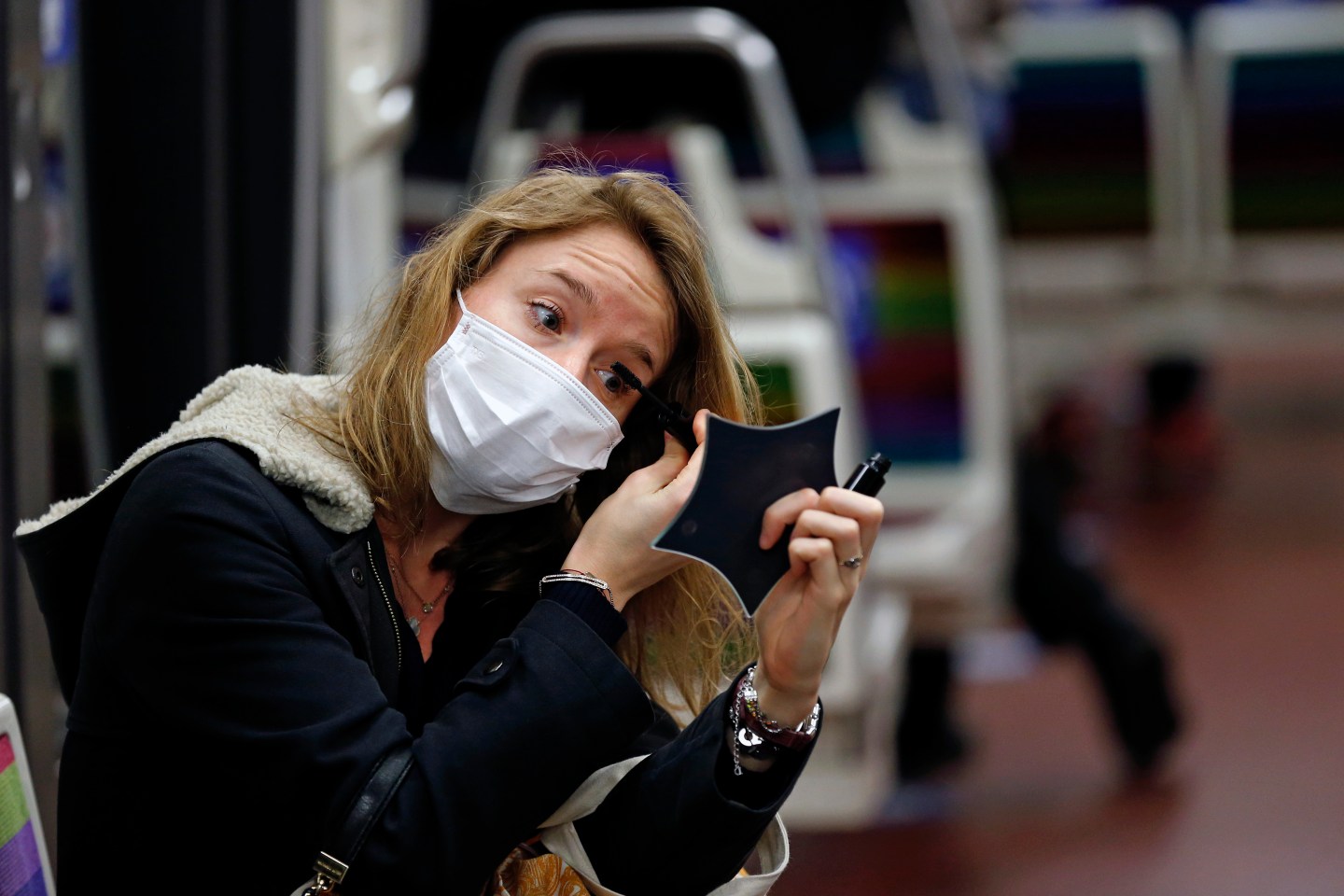 Good morning, Broadsheet readers! A California recall election candidate says employers should be able to ask women about their pregnancy plans, an eighth grade class may help pardon a woman convicted during the Salem Witch Trials, and we ponder the future of makeup. Have a great weekend.

– The ‘full-face’ fallacy. I don’t have a lot of positive things to say about the ways life has changed since March of 2020, but I will admit that abandoning my makeup routine, such as it was, has been refreshing. (Bless the “touch up my appearance” setting on Zoom, which really does knock off 5 years and add an hour of sleep.)

Not surprisingly, I’m far from the only woman who feels that way—including quite a few who shared their perspective on the subject with the Huffington Post. The piece has a great, jaunty headline: “Makeup? Who Needs It? These Women Are Returning To The Office Without It,” but when you actually read what the women in question have to say, it’s pretty clear that we haven’t yet gotten to a place where they feel that they can live their professional lives bare-faced. Yes, many say they’re wearing “a full face” far less often, but when it comes to meetings, networking, and other key work moments, there’s a general feeling that the old rules still apply. As creative director Sravya Attaluri tells HuffPo: “The reality is I receive more respect when I look ‘cleaner’ or more ‘professional’ with my makeup done.”

Historically, women have worn makeup for all kinds of reasons, but in certain kinds of workplaces, it’s hard to ignore how makeup has just become a baseline of looking “professional.” There’s even been research on the subject—particularly an oft-quoted 2016 paper, which found that, while conventionally attractive people out-earn their peers, sufficient “grooming”—which, for women, includes wearing makeup—could narrow that pay gap. HuffPost talked to one of the co-authors of the study, who said: “We found that makeup can signal how much effort a woman is willing to put in to meet gender presentation expectations, which may spill over into judgments about how much effort a worker will put into other aspects of work…Managers, bosses, supervisors and superiors may be using women’s use and nonuse of makeup as a way to judge how compliant and committed they are to doing other kinds of work.”

Ridiculous, right? (Also ridiculous: the number of times women in the story recall being told “You look tired!” when they tried to go makeup free. Honestly, why do people make comments like that? What’s the upside?) And makeup is just one of the “pink tax” hurdles that soak up working women’s time and money (see also: haircare and styling, nails, and other grooming expenses—and that’s before we even get into wardrobe).

Unfortunately, I very much doubt that these dynamics will just be scrubbed away by this period of remote work. But I do think there’s a chance to have a bit of a reset—to rethink what a “professional look” really means. At this point, most of us have seen our colleagues makeup-free, maybe even while wearing an old t-shirt or a baseball cap (when did they last shower? Who can say…) and yet they remain talented, committed, hard-working and, yes, professional. So, when the return to the office finally happens, I hope we can bring a part of that bare-faced spirit with us and remember to judge people by the work they do, not the time they spend in front of the vanity mirror.

- Staying safe. The former captain of the Afghan women's soccer team, Khalida Popal, instructed her former players and teammates to get rid of evidence of their time playing sports by deleting social media accounts and burning their uniforms. She says she's always encouraged Afghanistan's women to be "bold" and "visible" but is changing her message now that the country is again under Taliban rule. Reuters

- Jumping to conclusions? A 2017 study that found a causal relationship between high testosterone levels and elite female athletic performance was used to prevent runner Caster Semenya from competing at the Olympics. Now the study's authors have walked that finding back, stating that the conclusion was "exploratory" and "could have been misleading by implying a causal inference." New York Times

- Recall this? The California gubernatorial recall race is in full swing, and the leading Republican candidate is Larry Elder. In a 2002 book, he wrote that a venture capitalist should be permitted to ask a female entrepreneur whether or not she intends to have children. Asked about that belief recently, he stood by it and said that "government should not be intruding into the relationship between employer and employee." Business Insider

– Airbnb arbitration. What inspired Airbnb to say it would no longer put claims of sexual assault between hosts and guests through forced arbitration? Two women, Sherry Dooley and Natalie White, are among those who have filed lawsuits against the rental platform over assault claims. White says she may now see her day in court, while Dooley says the news was upsetting because she already agreed to move her case to arbitration. Airbnb says it has not enforced the arbitration policy since 2019 and that sexual assault in Airbnb listings is "extremely rare." Bloomberg

- Like magic. A Massachusetts eighth grade civics class learned about Elizabeth Johnson Jr., who was sentenced to death in 1693 for witchcraft at the height of the Salem Witch Trials. The class's work grabbed the attention of State Sen. Diana DiZoglio, who is putting forward legislation to officially pardon Johnson, three centuries later. Associated Press

- FTC v. Facebook. The Federal Trade Commission refiled its antitrust suit against Facebook yesterday, the deadline for the agency to do so. It's a defining moment for FTC chair Lina Khan who has faced pushback from Big Tech in her new role. Washington Post

Katie Hill: Cuomo was right to resign. But our fight can't end there Elle

"While studying theology, I learned that I have flaws like all humans do, but being a trans woman is not one of them."