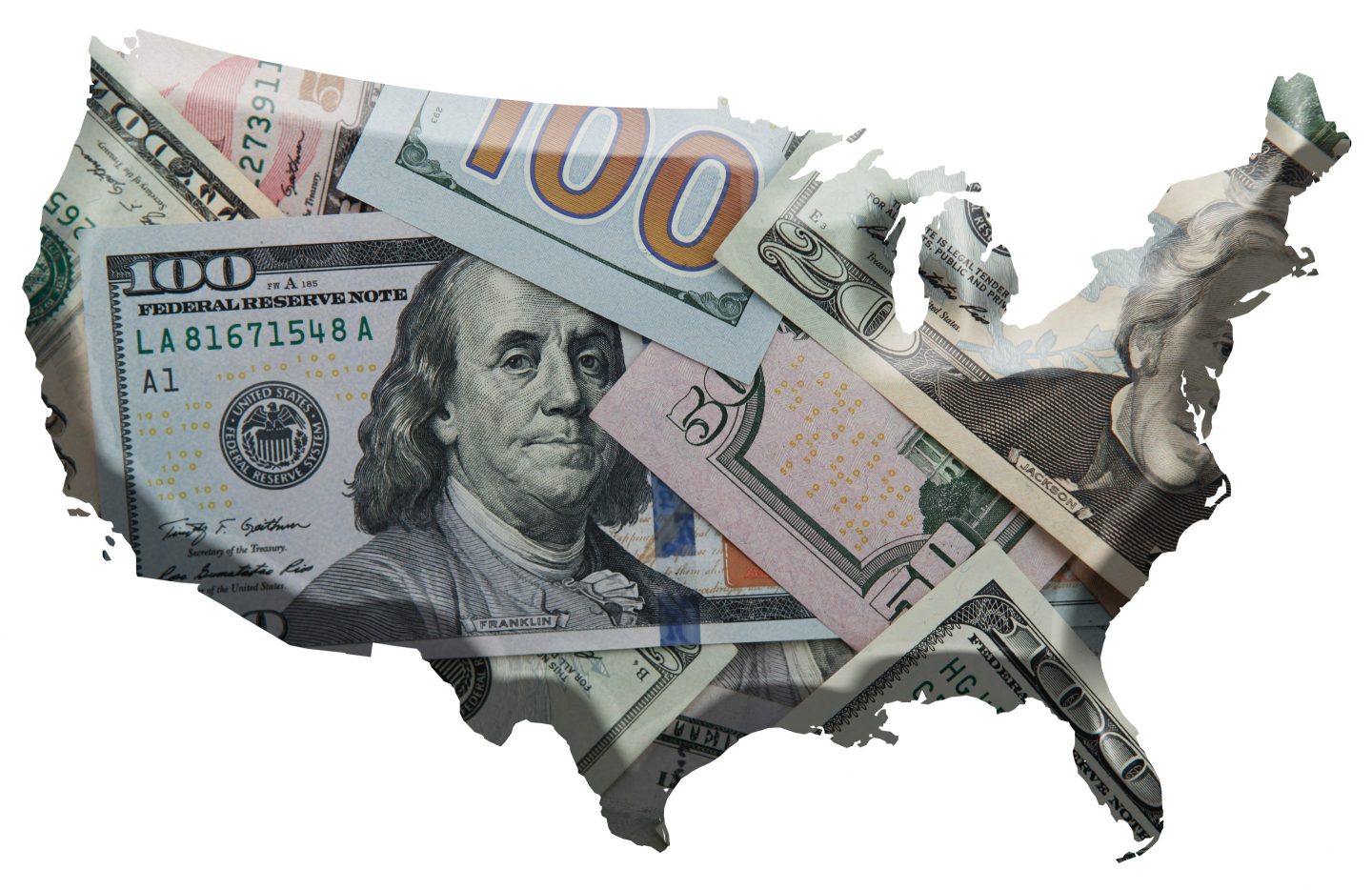 “Pushing current costs to future generations has threatened the credit ratings and fiscal stability of red and blue states as disparate as New Jersey, Illinois, Kansas, and Kentucky,” the authors write.
Courtesy of Getty Images

Under America’s constitutional system, states and cities are responsible for maintaining public infrastructure such as streets, schools, parks, and water and sewer facilities. Yet even as Congress moves ahead with the $1 trillion Infrastructure Investment and Jobs Act, and even as calls increase for more federal assistance to ease burdens on local taxpayers, it’s clear that the legislative branch largely fails to understand how states and municipalities manage their budgets.

This lack of understanding—or willful ignorance—is a critical shortcoming that should be addressed promptly, given the enormous amount the federal government already spends to subsidize state and local governments. In 2019, such subsidies accounted for 22% of those governments’ operating expenditures of $3.5 trillion, according to U.S Census data. Federal tax deductions on interest on most municipal bonds, the financing vehicles that cities and towns use to build roads, bridges, and schools, will cost $334 billion in forgone federal revenue from 2021 to 2030, U.S. Treasury projections show. Federal aid and tax breaks also help support the jobs of 19 million schoolteachers, police officers, firefighters, public health workers, and other state and local employees whose roles have been so critical during the COVID-19 crisis.

If the infrastructure bill and a proposed $3.5 trillion budget resolution become law, federal assistance to states and municipalities will swell even further, with Congress on the hook for much of the cost of everything from roads and bridges to broadband Internet installations, in the process helping states and localities avoid taking on massive amounts of new debt beyond the $4 trillion they have already borrowed.

While states are required to balance their budgets, the definition of “balanced” varies widely and too often fails to include the impact of such long-term obligations as trillions of dollars in deferred infrastructure maintenance and public employee pension liabilities. Many city and county budgets are similarly lacking.

Federal lawmakers’ task would be made easier if most cities and states did not use antiquated accounting methods. In its 2021 report, Truth and Integrity in State Budgeting: Preparing for the Storm, the Volcker Alliance, a New York–based nonprofit (with which we’re both affiliated) founded by former Federal Reserve Chairman Paul A. Volcker that works to ensure government is accountable and delivers with excellence, shows how states and cities frequently jeopardize their long-term fiscal health by refusing to budget in line with the Generally Accepted Accounting Principles (GAAP) that the Financial Accounting Standards Board mandates for public corporations. Instead, most state and local governments use what is called cash accounting, which recognizes expenditures only when bills are paid. As a result, governments can still commit to spending that would theoretically leave them with shortfalls. To help close these gaps and achieve budgetary balance, they may defer fund outflows until checks are cut. They may also count as revenue the proceeds of asset sales, cash transfers from special authorities, or bond issuance more typically used for infrastructure projects.

For example, in 2020, during the COVID-19 crisis, Illinois sold $3.2 billion in bonds to the Fed’s now-shuttered Municipal Liquidity Facility to help balance its budget. Several times in recent years, Illinois has also balanced budgets by booking as revenue the assumed proceeds of a sale of a state-owned office tower in Chicago that has yet to take place. By contrast, GAAP-based budgeting requires recognition of promised payments when liabilities are incurred.

Although cash budgeting is “a recipe for fiscal disaster,” as The Atlantic once called it, the only major state or local government to abandon the practice in favor of a GAAP-based method is New York City, which did so as part of its rescue from near-bankruptcy in 1975. Neither Detroit nor the three California cities that also made Chapter 9 bankruptcy filings in the 2010s chose to follow New York’s lead and reform their budget practices in their exits from insolvency.

Adoption of more accurate accounting would eliminate many risky maneuvers and lead to genuinely balanced budgets, rather than ones that kick long-term liabilities for public employee pensions, education, and infrastructure down the road for future taxpayers to deal with. Pushing current costs to future generations has also threatened the credit ratings and fiscal stability of red and blue states as disparate as New Jersey, Illinois, Kansas, and Kentucky.

While many states and cities are currently reporting record budget surpluses, they are the product of trillions in unprecedented federal COVID-19 spending, not of prudent budgeting practices. As federal funding of budgetary shortfalls trails off between now and the end of 2024, states and localities may face a fiscal cliff as long-standing fiscal gaps return. That might prompt states to balance budgets by stepping up their use of one-time measures facilitated by cash accounting even as they demand still more federal cash.

Before we reach this juncture, Congress should create a special committee to scrutinize U.S. spending on states and municipalities, help eliminate redundancy between federal and state and local programs, while ensuring citizens’ needs are met. For Congress, especially, ignoring short- and longer-term risks to the entire economy brought on by irresponsible state and local budgetary practices is an arguable failure to fulfill its duty under Article 1 of the Constitution to provide for the “general Welfare of the United States.”

William Glasgall is senior vice president and director of state and local initiatives at the Volcker Alliance, a New York–based nonprofit. Richard Ravitch is a former New York State lieutenant governor and a director of the alliance.