‘Cognitive diversity’: Why the best leaders build teams that disagree 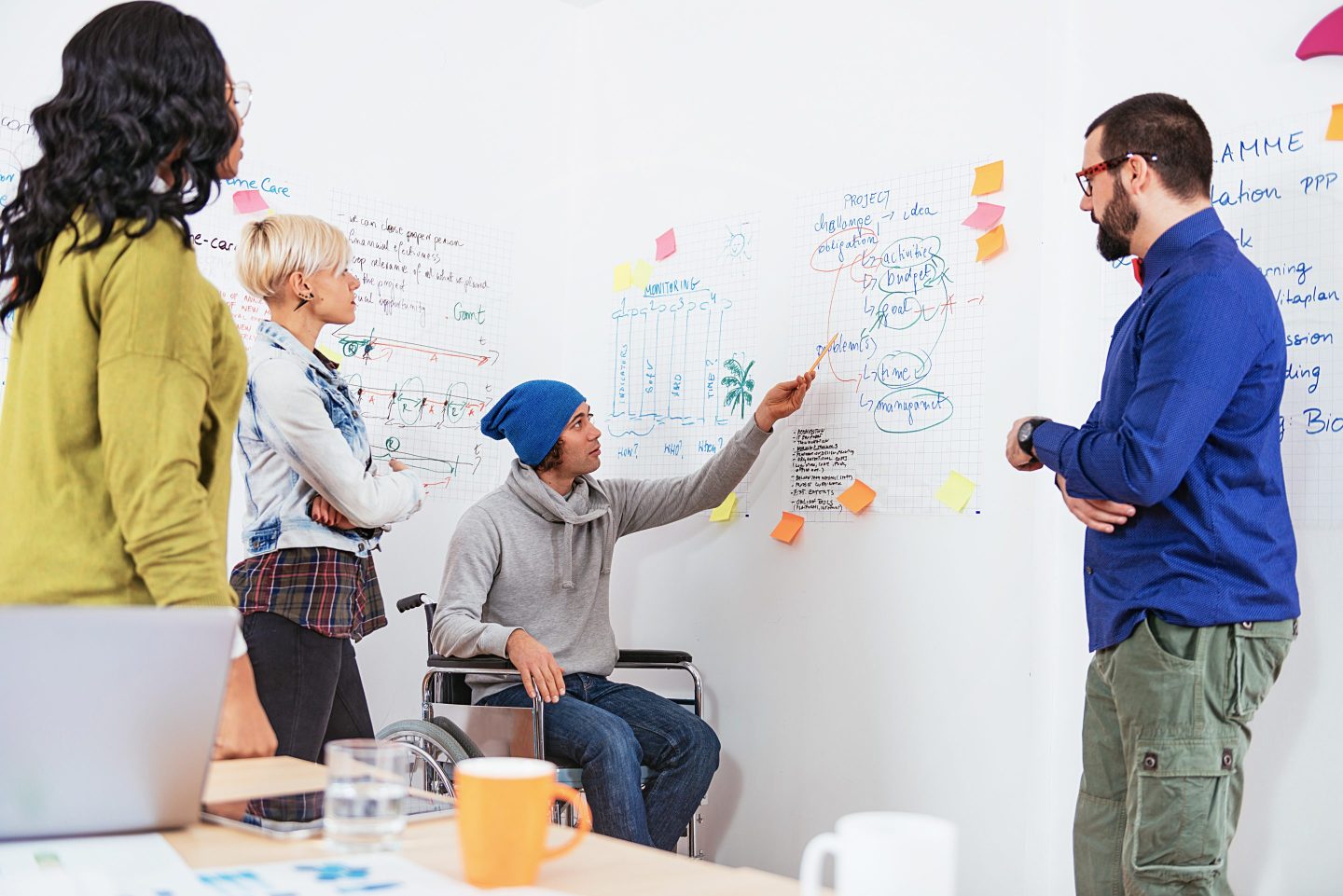 Let’s face it: If you aren’t engaging right now in a conversation about diversity, equity, and inclusion (commonly referred to as DEI), you must be living under a rock. And while many companies are implementing the necessary strategies to fairly represent, compensate, and give opportunities to minority groups, sometimes DEI feels more like a buzzword and less like a call to enact real change.

But when companies do make DEI a priority, it benefits all aspects of the organization—even the bottom line. One study, by BCG, found that businesses with more diverse management teams earned 19% more revenue. Another, by McKinsey, reported that teams with gender and ethnic diversity were 35% more likely than those without such diversity to outperform the median company in their industries.

All that said, if you’re serious about creating strong DEI initiatives in your company, there’s one lesser-known piece of the conversation that you must include: cognitive diversity.

What is cognitive diversity?

Creating cognitive diversity means building diversity of thought within a team, and that diversity is best represented in teams made up of people with differentiated leadership styles. Put another way, creating such diversity means being intentional about hiring employees who are not alike, rather than unconsciously hiring people who think and act like you.

While having a meeting room full of people who understand you may sound like a dream for some leaders, its benefits can be limited to stroking egos. Ultimately, teams with cognitive diversity offer more innovation, ideas, and room for collaboration. If not everyone agrees on a product design or ad campaign, there’s a greater chance to improve it or find previously unrecognized problems. (Research backs this up. One study found that cognitive diversity can measurably enhance team innovation.)

In addition to personality types and mindsets, cognitive diversity also relates to people’s backgrounds. Hiring employees who come from all walks of life will give you a broader perspective on your customers and what solutions you can offer than, say, hiring only employees who grew up in the same town or went to a similar college as you did.

And yet, if we’re not careful, we are likely to do the latter—because we’re all potential victims of functional bias, a term psychologists use to describe how people naturally tend to gravitate toward those who think or express themselves in a similar manner. When left unchecked, this can result in a company made up of only like-minded employees.

DEI and cognitive diversity complement each other well because they represent the value of our unique experiences and how beneficial individuality can be in the workplace. Cognitive diversity and DEI efforts are good not only for the world, but they’re also good for your company’s success.

When merged, DEI and cognitive diversity create a company culture built on inclusivity from all angles: race, ethnicity, gender, and mindset. That combination makes for a collaborative environment where, as Cristina Carlson, DEI chair of the Arizona chapter of EO (Entrepreneurs’ Organization), puts it, the ultimate goal is to “create a safe container for all voices to be heard.”

“Employees can feel muted if they don’t have the same communication style, and leaders need to create space for that,” Carlson says. “Allowing space for different points of view is true inclusion and leads to better decisions.”

The good news is that cognitive diversity and DEI are more than just feel-good corporate policies in the eyes of the younger workforce. A recent study showed that millennials saw cognitive diversity as “a necessary element for innovation” and are 71% more likely to focus on teamwork than older groups.

But being cognitively diverse also means intentionally including and seeing the value in employees of all ages and treating diverse viewpoints with respect. This is why getting a deeper understanding of your employees’ leadership style is so crucial.

In my practice, we evaluate this style using the Enneagram, a tool that relies on an archetypal model of nine personality types. Each of the nine Enneagram types see the world differently. This means they approach problem solving differently—which can lead to conflict, but also to better decision making. We work with organizations to promote the latter: leveraging the differences in perspectives to make sure personality differences lead to better decisions, instead of becoming roadblocks.

When using a tool like Enneagram, you can more clearly see a person’s motivations and the value of their perspectives—which can be extremely helpful when incorporating new DEI policies into the workplace.

Putting cognitive diversity to use

So how do CEOs and senior executives utilize cognitive diversity in their DEI efforts? For starters, choose a personality assessment tool you can utilize to effectively see how cognitively diverse your team truly is. And of course, if everyone else on your team has to take the assessment, so should you.

Once you’ve got a clear picture of where you might be lacking cognitive diversity, you can incorporate the search for missing types in your hiring process. This way, you can prevent your functional bias from taking over and add new perspectives to your team.

Considering both cognitive diversity and DEI, it’s up to leaders to cultivate an inclusive environment. Early in your career, how many times did you stay silent when you had an idea because you were afraid it would get shot down? Unless you’re intentional about making people feel included, they could opt out of the discussion because of insecurity or fear of speaking up.

So allow time in meetings for new ideas, be proactive in getting various perspectives, and set the standard in your company that every team member’s insight is valued. With intentional action from leaders, DEI and cognitive diversity can become the new way we do business.