How the pandemic fueled the rise of the ‘Buy Nothing’ economy 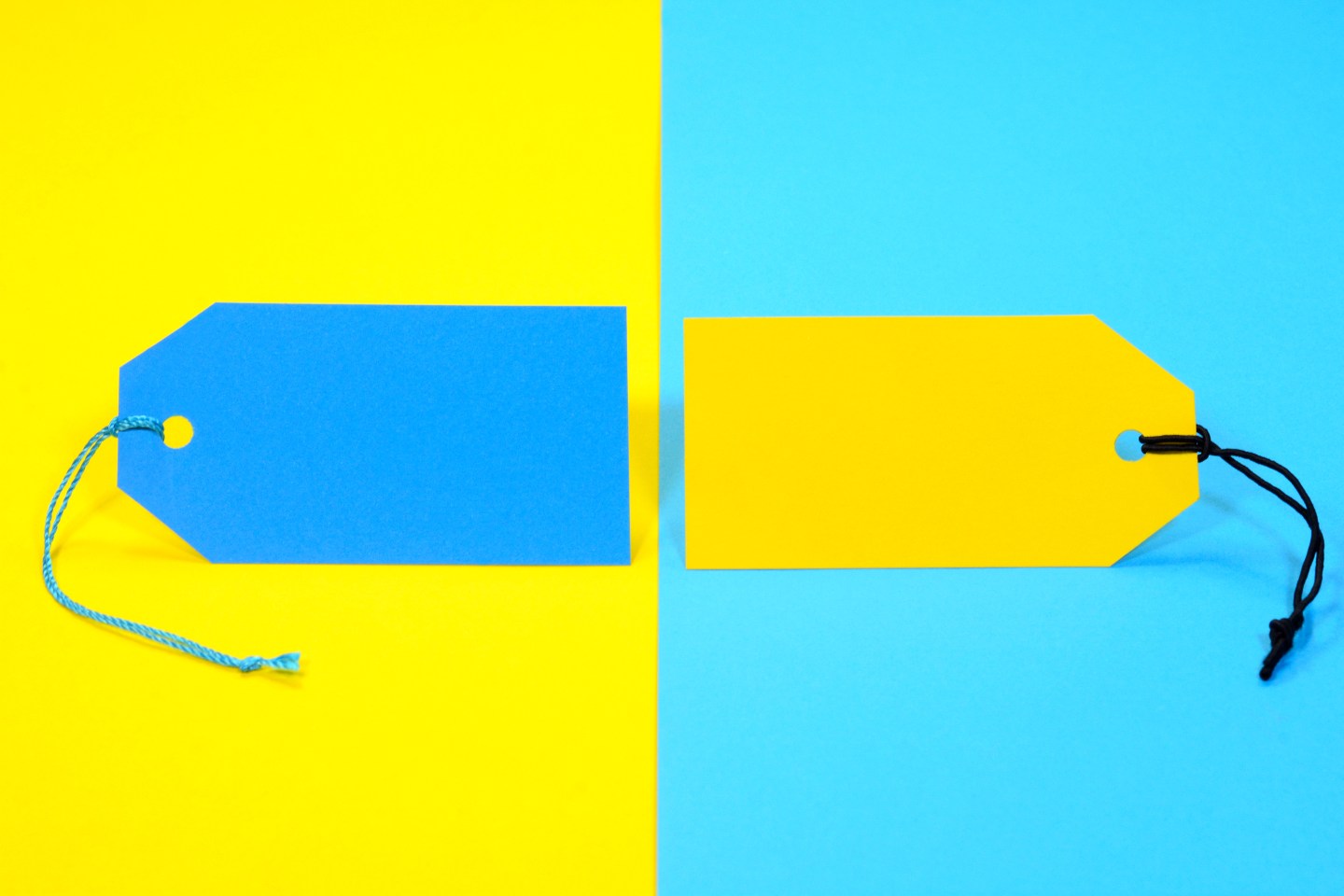 Neighbors giving and receiving stuff for free through their local Buy Nothing groups has taken off during the pandemic.
Getty Images

Ramona Monteros joined her local Buy Nothing group in Los Angeles in 2018, drawn to the idea of giving things away. “Selling is a hassle,” she says. “I didn’t want to deal with negotiations.” She’d post on the Facebook group’s message board items she no longer had use for—clothes and shoes that her kids had outgrown, succulents when she would thin out her yard—that her neighbors would claim and then swing by to pick up.

At the time, the group had just 40 members, and Monteros soon became its admin—making certain those requesting membership lived in the group’s defined neighborhood, ensuring spam didn’t get posted, and generally encouraging and stewarding the group. It stayed relatively small and mellow, growing to about 400 members by early 2020.

Then the pandemic hit. In its early days, as questions swirled over how the virus spread, members discussed shutting the group down. In the end, they decided they would rather exchange goods with their neighbors outside on a porch or front stoop rather than go into a store. Monteros says with so many people out of work and on shaky financial footing, continuing felt like a moral imperative.

Members gave and received the likes of toys and kids’ clothes, the bread and butter of most Buy Nothing groups. But they also exchanged staples of the pandemic—things like sourdough starter, masks and gloves, bubble wrap, and cardboard boxes. In a group in nearby Claremont, even dryer lint, used as fire starter, got claimed by would-be campers looking for a COVID-friendly vacation. In Torrance, a happy birthday lawn sign got passed around a group run by Monteros’s friend. “Something about the whole trauma of the first few weeks really brought everyone together,” says Monteros.

A year later, Monteros’s group made up of North Hollywood residents had catapulted to more than 1,800 members and added seven other admins to keep up with the volume of posts. The group grew so big that it recently split in two (called “sprouting” in Buy Nothing circles) to keep it from getting too unwieldy.

Let’s be clear—the rise of the so-called gift economy is no L.A. fad. Between March 2020 and January 2021, the Buy Nothing Project, described by its founders as a social movement rather than an organization or nonprofit, added 1.5 million participants to hit 4 million members. At Freecycle, a similar concept, posts by users looking to give away their stuff went up by 100% during the pandemic.

The collective cleaning out of closets that took place while people quarantined and socially isolated has fueled the movement, as has the economic uncertainty the pandemic wrought. But experts say there’s also something deeper within our collective psyche that shifted in the past year and a half as people sat at home and realigned their priorities. “There’s a growing dis-ease with consumer culture and the way it operates,” says Juliet Schor, an economist and Boston College sociology professor who studies consumption. “The wastefulness, the cycle of acquisition and discard, is increasingly unappealing to people.” She calls this a “mainstreaming change” in how people think about consumerism.

Rebecca Rockefeller, cofounder of the Buy Nothing Project, says the gift economy has been around forever for a reason. “This is how we originally survived as a species,” she says. “It makes sense that it’s something that we are rediscovering the value of now, because we’re at one of those inflection points in society where we have a lot of thinking to do about how we’re going to move forward if we’re all going to make it.”

That shift was something that took hold in my neighborhood, which launched its own Buy Nothing group in the middle of the pandemic. People offered up bicycles and Crock-Pots and printers. But members just as eagerly claimed the leftover birthday cakes, takeout utensils, plastic vampire teeth, and partially used toothpaste. Last May, a local Facebook group popped up designed just for exchanging jigsaw puzzles at a time when they were in high demand and hard to find. My apartment building’s message board buzzed with offers of furniture, air conditioners, and extra food when online grocery orders had gone awry. Following the posts gave me a sense of what was happening with my neighbors and a window into their lives when it was easy to feel isolated. It kept me hopeful, seeing how people gave even while they also struggled. It was something Monteros experienced too. “It makes you feel more secure,” she says. “You’re not just by yourself out there. It’s comforting.”

Gaëlle Bargain-Darrigues has conducted research showing that sense of connection is key to Buy Nothing members. Bargain-Darrigues, whom Schor advises at Boston College, moved to New England from Miami to start a doctoral program in sociology with a focus on consumption and the environment. She got interested in the Buy Nothing Project when her new neighbors suggested she check out the local group to furnish her home—she picked up a few things for her kid, a rocking chair, and furniture for her balcony.

Bargain-Darrigues wanted to understand why participants joined, especially in neighborhoods where people were well-off. For many the motivation was a concern about waste and a desire to avoid throwing away anything with worth. Others were worried about the environment or had an economic need. But she was surprised to hear the main value people got out of the group: “Everyone highlighted that it really created a sense of community, a sense of solidarity among neighbors,” she says.

In another key finding, Bargain-Darrigues’s research showed that Buy Nothing groups did not actually lead people to buy nothing. People still purchased new things, even though they were trying to constrain and control their consumption.

That may be precisely the point and even the appeal of the Buy Nothing Project. Alternatives to mainstream consumption have cycled through our culture for decades—voluntary simplifiers, downshifters, minimalists, simplicity circles. But the Buy Nothing Project is a kinder, less extreme version by design. Participating doesn’t force anyone to shift their relationship with capitalism or material possessions all that much, which helps explain why it has spread beyond the hard-core early adopters. “You could say this is consumption with conscience, with sustainability in mind, but it is absolutely consumption. We’re just sharing the resources,” says Liesl Clark, Rockefeller’s Buy Nothing Project cofounder. “It’s not a movement of austerity.”

Clark and Rockefeller founded the Buy Nothing Project in 2013 in Bainbridge Island, Wash., and credit part of its growth to a generational shift. Younger consumers are more likely to view used goods as cool and authentic rather than taboo, further evidenced by what Boston Consulting Group calls the “resale boom.” The resale market (think eBay, Poshmark, and Depop) is valued at as much as $40 million by BCG and is expected to grow 20% annually for the next five years.

As a Gen Xer, Rockefeller is part of the first generation to grow up aware of the looming threat of climate change. The environmental activism she experienced as a child of hippies in the 1970s was based on the idea that people must suffer to make things better, she says. “That’s not a great path to sustainable change,” she explains. “The best way to inspire people to shift their relationship with stuff was to find a way to connect people to each other and to bring some joy and a sense of fun to the whole thing.”

Some warn, however, that there’s a risk when the sense of connection needed for a thriving gift economy becomes too insular. Maurie Cohen, a professor of sustainability studies at the New Jersey Institute of Technology, says some may only be willing to participate in the first place because they are making exchanges within their socioeconomic group. “We can’t dismiss the process of stratification,” he says.

These concerns were front and center in a Buy Nothing group in Boston’s Jamaica Plain neighborhood in 2018 when it announced it would sprout, leading to accusations of racism and classism over how the split might happen. Rockefeller and Clark say the “watershed moment” led them to reflect on how separating neighborhoods through hard boundaries could perpetuate structural racism. They’ve since put together an equity team and given more autonomy to local communities. When Monteros’s group sprouted, she and the other admins polled members and examined demographic data and transportation routes. They then posted all the information they collected for members to see.

I asked Monteros whether she thinks activity in her group will wane as the pandemic enters its next phase. “I’ve been wondering that myself,” she told me. She predicts that it might slow down a little bit but that it won’t go away completely. “It has become part of people’s lives.”

Some economists are forecasting that post-pandemic there will be a “snap back” in traditional consumption, which could hinder the enthusiasm for movements like the Buy Nothing Project. The data suggests people are already returning to their old habits. Consumer spending declined 3.9% last year but has since surpassed pre-pandemic levels. “When people are forcibly restrained from eating, drinking, and partying for a long time, they have a wild binge,” says Richard Wilk, a professor emeritus in anthropology at Indiana University Wilmington. “That has been embedded in our culture for hundreds of years.”

But the other thing that happens during a binge, he says, is people moralize and plead restraint. “Americans are utopian thinkers as well as wild party animals,” he says, “and I think they go together in a strange mutual dependence. You can’t have one without the other.”