The faux-chicken wars intensify: Impossible Foods is debuting nuggets in the fall 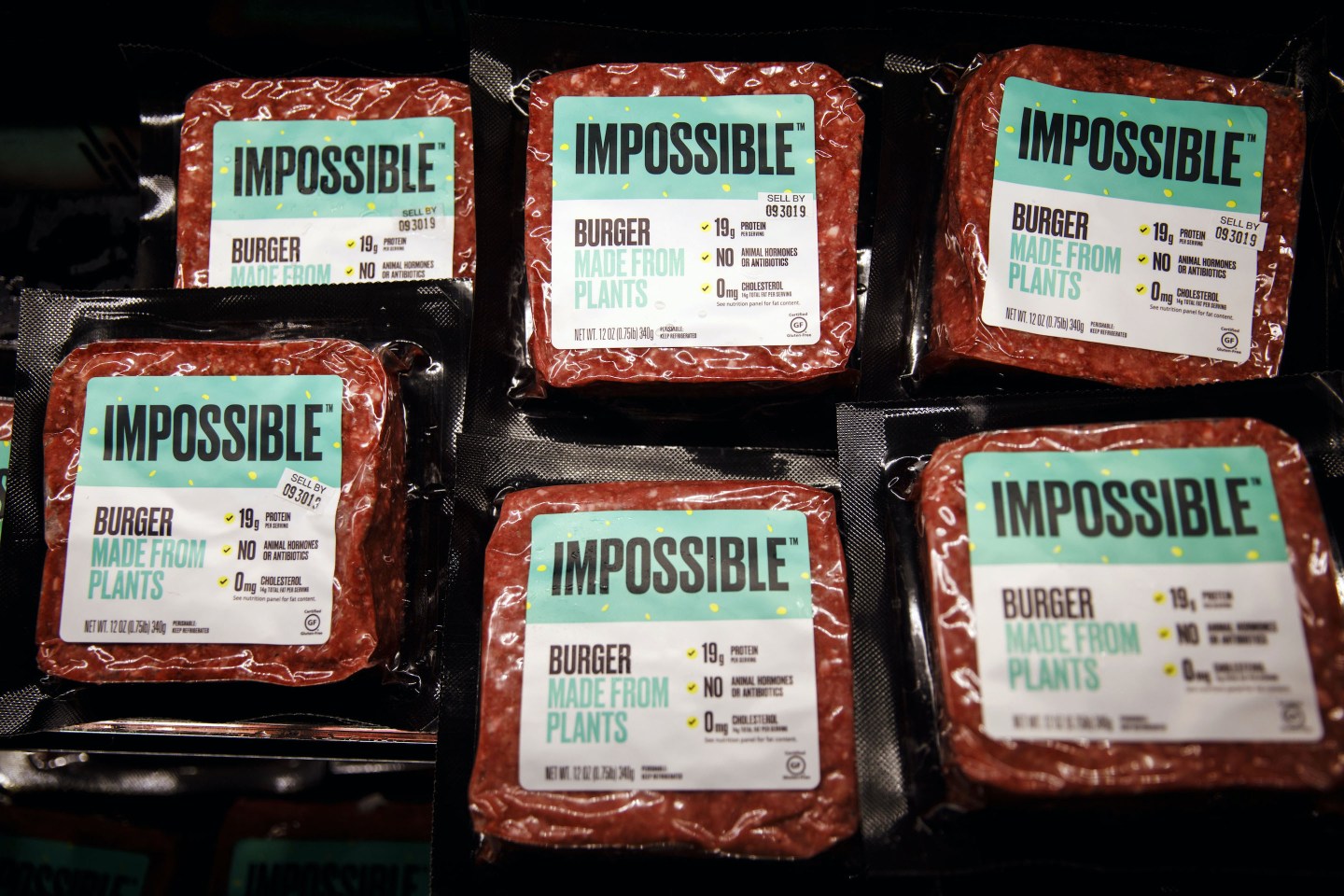 The offering will be unveiled to potential customers at a trade show next week, the company said, and uses textured soy protein and sunflower oil to replicate the bite and fatty mouthfeel of nuggets. Notably, it doesn’t include heme, the ingredient that gave its burgers and sausages that fake meatiness, but also kept them from being sold in Europe and China because it’s genetically modified.

Impossible, along with rival Beyond Meat Inc., revolutionized the “veggie burger” category with their beef-like burgers that came closer to the real thing than other options. They inspired a whole new category of copycats, but despite that first-mover advantage have been late to offer chicken. Beyond began selling its “chicken tender” last week.

“We’ve been busy with other things,” said Impossible President Dennis Woodside, explaining that the company has been focused on expanding its retail offerings. “We’ve been working on chicken for some time.”

Since debuting its eponymous burger at David Chang’s Momofuku Nishi in New York in 2016, Impossible has increased its customer base to national chains like Burger King, about 20,000 U.S. supermarkets and five international markets. Its faux sausage, launched in 2020, is now available in a Starbucks breakfast sandwich. The company has raised $1.5 billion, according to PitchBook. It’s now valued at about $10 billion and is planning to go public in the coming months, Reuters reported in April. Impossible declined to comment on that report.

The new Impossible and Beyond offerings face stiff competition from alt-chicken products made by established manufacturers, such as Maple Leaf Foods Inc.’s Lightlife and Conagra Brands Inc.’s Gardein, as well as newer entrants Daring Foods Inc. and Livekindly Collective. But there could still be plenty of room with Americans spending $110 billion on chicken last year, by far the most of any meat.

In a similar distribution strategy to its faux burger, the nugget will launch with restaurants first, but is slated to go to retailers shortly thereafter. Restaurants are already taking advantage of the available options. Plant-based chicken substitutes shipped to U.S. commercial restaurants have increased 15% by volume from last year, according to NPD Group’s SupplyTrack.

“We’re about to see the same competitive antics happen with chicken nuggets,” Szala said. “A plant-based alternative could up the ante.”

When it comes to heme, the molecule Impossible has called its “magic” ingredient, the company realized that it didn’t need to use it because chicken nuggets are a white meat product, and in real chickens most of the heme is in the dark parts.

“In prototypes, we did include a small amount of heme and tested without,” said Laura Kliman, Impossible’s senior flavor scientist. “We found in a nugget format, which is breaded and has some seasoning, it really wasn’t that necessary.”

While the soy used as the main ingredient is still genetically modified, the product could potentially be made with a non-GMO soy as well, according to Woodside. That could give it an advantage over Beyond—its newly unveiled product includes titanium dioxide, an additive frequently used in the U.S. as a bleaching agent. In May, the European Food Safety Authority concluded the substance “can no longer be considered safe as a food additive”because it still had concerns about its potential to damage DNA. A full European ban on the ingredient could follow.

The U.S. Food and Drug Administration is reviewing the data and findings of the EFSA report, an FDA spokesperson told Bloomberg. In a statement, Beyond Meat noted that titanium dioxide is FDA-approved and is “commonly used” in the industry.

In another development that could expand distribution, Impossible recently secured the Child Nutrition Label from the U.S. Department of Agriculture for its burger, easing its way into public school meals. The nuggets have been designed with schools in mind.

“One of the first things they ask is, ‘when are you going to have a nugget?’” Woodside said of the K-12 public schools that could soon be serving his alt-burgers.

Plant-based nuggets offer healthier, unsaturated fats, said Lindsay Moyer, a senior nutritionist for the Center for Science in the Public Interest, a health advocacy organization. But, similar to other nuggets—both from plants and animals—these come with high sodium levels and are breaded in refined flour, not whole-grain. That also puts them out of step with some nuggets designed specifically for schools, she said.

“Many chicken nuggets formulated for school meal programs are now ‘whole-grain rich,” Moyer said. “These are not.”