Mexico’s new political movement could transform relations with the U.S. 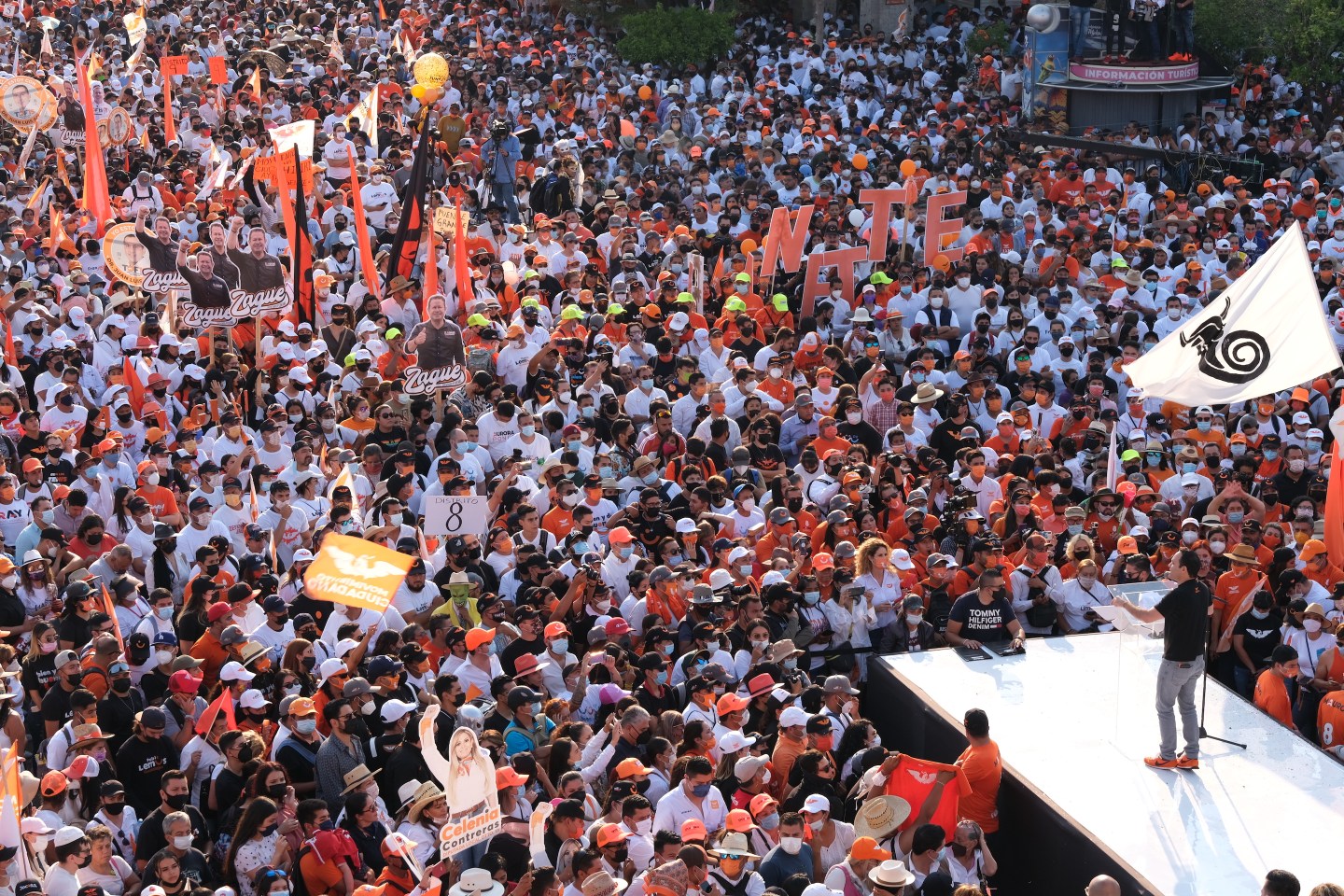 However, as the electoral results last month showed us, a different option is emerging, a real path toward prosperity for Mexico and the North American region. The new approach was appealing for Mexican citizens because it navigates between these two failed philosophies of the past and taps into a youth hungry for change.

Too many Mexicans have been left impoverished and cut off from the technological boom that’s swept the world in recent years. That’s why they voted for the third party, Movimiento Ciudadano, which is squarely pro-business—evidenced by the thriving software parks and manufacturing facilities in the regions where it now governs.

Movimiento Ciudadano leaders, myself included, court and support the entrepreneurs and corporations who drive economic growth and require stability for their operations to thrive.

The current government, despite its professed support for the poor, has been woefully absent from providing any social safety net for the millions of Mexicans devastated by the COVID-19 pandemic. Without a serious government stimulus, the Mexican economy fell by 18.5% in 2020, its worst performance since the 1930s.

The López Obrador government also seems blind to the real and growing threat global warming poses to Mexico’s environment and economy. His administration has laid out no national plan to develop green technologies and reduce the country’s carbon footprint. And, alarmingly, López Obrador seems wedded to building back a coal-based economy.

Mexico’s recent electoral results were a watershed, further expanding Movimiento Ciudadano’s third way into key states such as Nuevo Leon, Mexico’s most important business hub. Our party seeks to work with the U.S. and other regional partners in a number of crucial areas.

First is climate change, the most pressing issue facing Mexico. We’re alarmed by the current government’s attempt to not only put the brakes on Mexico’s clean energy transition, but also to move the country backward by embracing and promoting carbon-based fuels.

In response, we’re proposing a constitutional reform to enshrine a path toward a lower carbon footprint for Mexico regardless of which party is in power. We must grow clean energy projects, enhance the protection of Mexico’s coastline and waters, and place Mexico clearly in line with the zero emissions goals of the Paris accord.

Migration is also a top issue for cooperation, but we must reject the militarization of Mexico’s northern border with the U.S. and the persecution of Central American migrants seeking safety and better lives. We believe that migration is a human right, particularly when people face violence and economic stagnation. We support a regional alliance with economic and development policies that encourage people to stay in their homelands and help Central America grow.

The militarization of the so-called war on drugs has upended, if not destroyed, the lives of millions of Mexicans. It’s also fed corruption in the highest ranks of the country’s security institutions and created a culture of impunity.

To solve this problem, Mexico’s local police, both in states and municipalities, must receive greater funding and training—allowing the military to stand down. Also, marijuana needs to be legalized so that local farmers and producers receive revenues from sales, rather than cartels.

Finally, we must fix government’s role in the economy. The López Obrador administration has destroyed Mexico’s business and investment climate by reestablishing state control over the market. In recent years, government regulations have proliferated and state-owned monopolies have wrapped their tentacles around everything, including the sale of electricity and hydrocarbons. Our party, on the other hand, seeks to re-empower local governments and businesses.

By taking these steps, Mexico can strengthen its partnership with the Biden administration and lift up states such as Nuevo Leon and Campeche, which are critical for Mexico’s overall growth. Focusing on climate change, migration, drugs, and foreign investment will be key to a thriving regional partnership.

Clemente Castañeda is a Mexican senator and president of the Mexican Senate’s Anti-Corruption Commission.