5 new books to read in July 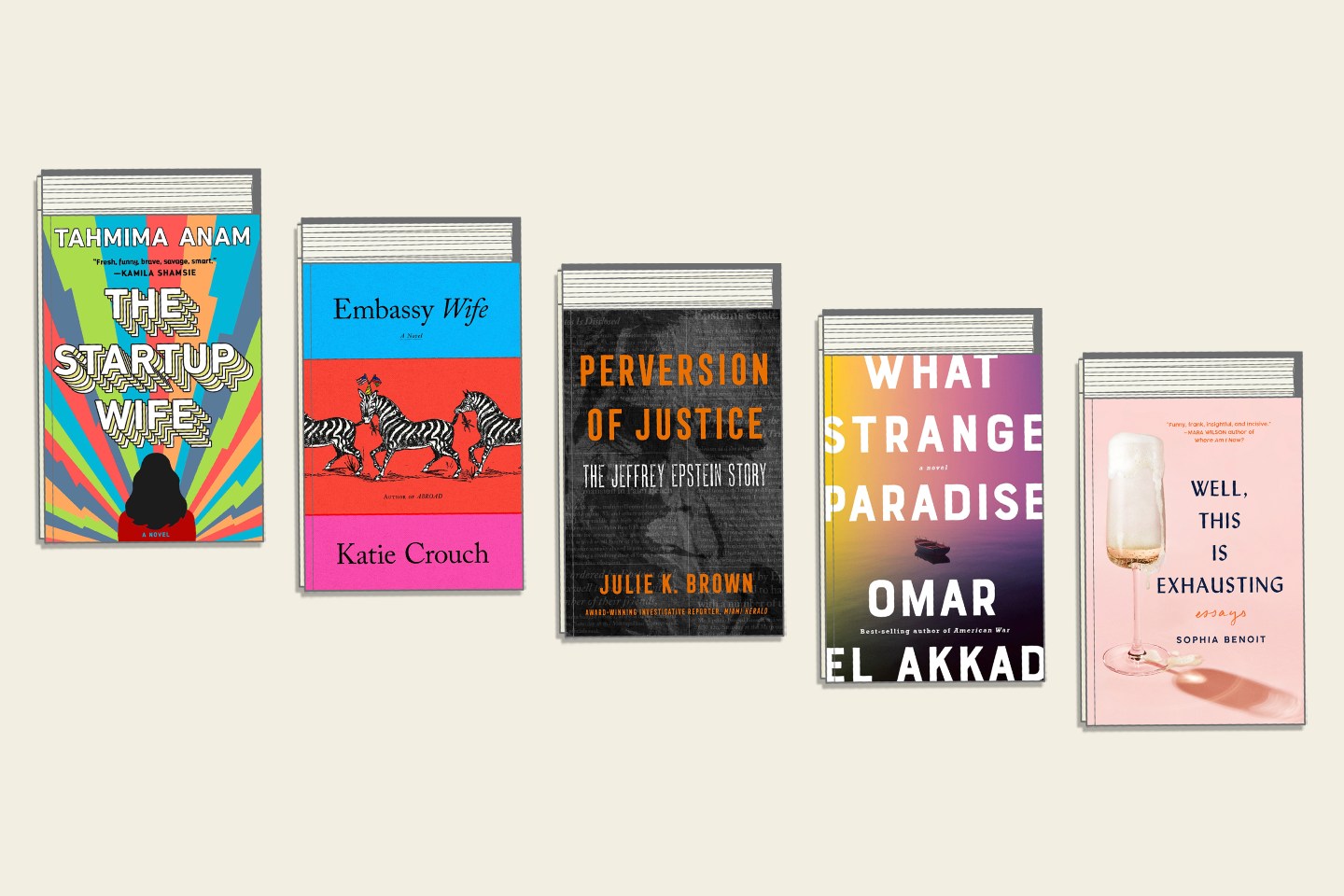 A provocative new novel about being an American abroad when you don’t like your country anymore; a new series of relatable essays that might make you feel less alone about burnout; and what could be the definitive investigation into Jeffrey Epstein.

Here is a selection of new books being published this month.

The Startup Wife by Tahmima Anam

The intersection of romance and technology is a popular one—especially as dating apps became the primary (if not the only) way single people could still meet someone over more than a year of pandemic lockdowns. In The Startup Wife, a brilliant coder (with a pi tattoo) writes a new algorithm and builds an app that essentially replaces religious rituals. The coder and her new husband join an exclusive tech incubator called Utopia, and the app becomes a smash hit. But as the saying goes, money doesn’t buy happiness, and it doesn’t seem like an algorithm can predict the perfect relationship, either.

Courtesy of Farrar, Straus and Giroux

For those familiar with the State Department, when one partner is in the foreign service, it’s all but expected that the spouse will move his or her life around the world accordingly. In Embassy Wife, there are actually two wives trying to grapple with this lifestyle. First is Amanda, who gave up her job in Silicon Valley to move to Namibia with her husband, who has accepted a Fulbright scholarship. Second is Persephone, the wife of an American diplomat already stationed in Namibia. What these women don’t know is what their husbands are really doing in Namibia, which comes to a head when Amanda’s daughter becomes involved in an international conflict.

Well, This Is Exhausting: Essays by Sophia Benoit

Tired of talk about burnout? Well, sometimes the best way to get through something is just to talk about it—endlessly. GQ columnist Sophia Benoit shares her experiences with burnout, starting with her adolescence and having to grow up fast in taking care of her younger siblings; trying to balance life between her divorced parents’ homes, with part-time jobs and school on top of it all. As Benoit illuminates, trying to do everything to please your parents is a condition we carry into adulthood, manifesting itself in a variety of ways, from impostor syndrome to fear of missing out by trying to do too much.

In what has become one of the biggest news stories in a decade, award-winning Miami Herald journalist Julie K. Brown brought down the house of cards surrounding Jeffrey Epstein’s global sex trafficking scheme. Now, with what are touted to be exclusive new details and firsthand interviews with Epstein’s victims, Brown details how state and federal prosecutors helped cover up Epstein’s crimes by mistreating his victims, destroying or losing records, and using legal loopholes that ultimately helped Epstein and his coconspirators.

In What Strange Paradise, we see the global refugee crisis of the past decade through a child’s eyes. The story opens on an overfilled boat that has capsized, resulting in the drowning of Syrian, Ethiopian, Egyptian, Lebanese, and Palestinian refugees trying to make the dangerous sea journey to Europe. The boat washes up on a remote island—with only one survivor: a 9-year-old Syrian boy.