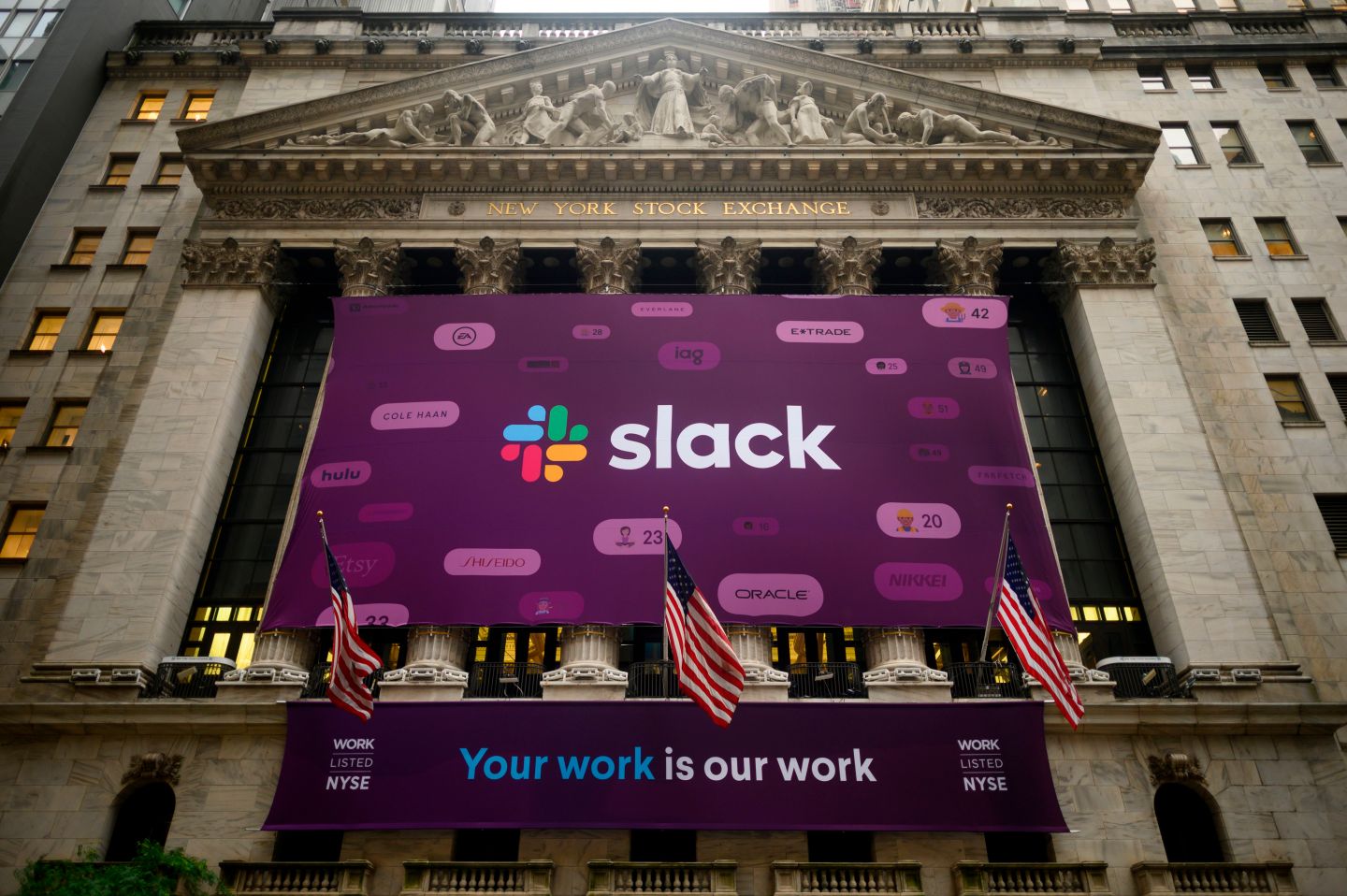 The work chat service, which Salesforce is acquiring for nearly $28 billion, debuted the new audio tool on Wednesday that chief people officer Tamar Yehoshua said “re-creates the spontaneous and serendipitous interactions that happen outside of scheduled meetings.”

The tool, called Huddles, lets users host quick audio meetings with colleagues. It’s said to be different from Slack’s existing audio-calling service because it’s intended for users to “come in and out” of as they please.

Users will be able to see if someone from their team has initiated a Huddles meeting. If so, they can click on an icon that will take them directly into it.

Also on Wednesday, Slack unveiled a video feature that lets people record snippets that others can watch later. This tool is supposed to be useful for managers who want to give quick messages to their workers, like congratulating them for a completed project, without requiring colleagues to join a formal meeting.

The chat service also debuted an employee directory service that is like a traditional work org chart, embedded within Slack.

During a press conference, Slack CEO Stewart Butterfield tried to clarify a perception that his service, a sort of instant messenger for the workplace, is trying to do away with email. He said that people assumed that Slack was “trying to kill email, but that wasn’t ever the intent.”

Emails, Butterfield said, “are going to be around probably for the next 35,000, 40,000 years.” Half-joking, he added that emails are “like the cockroach of the Internet, but [they] just serve so many purposes.”