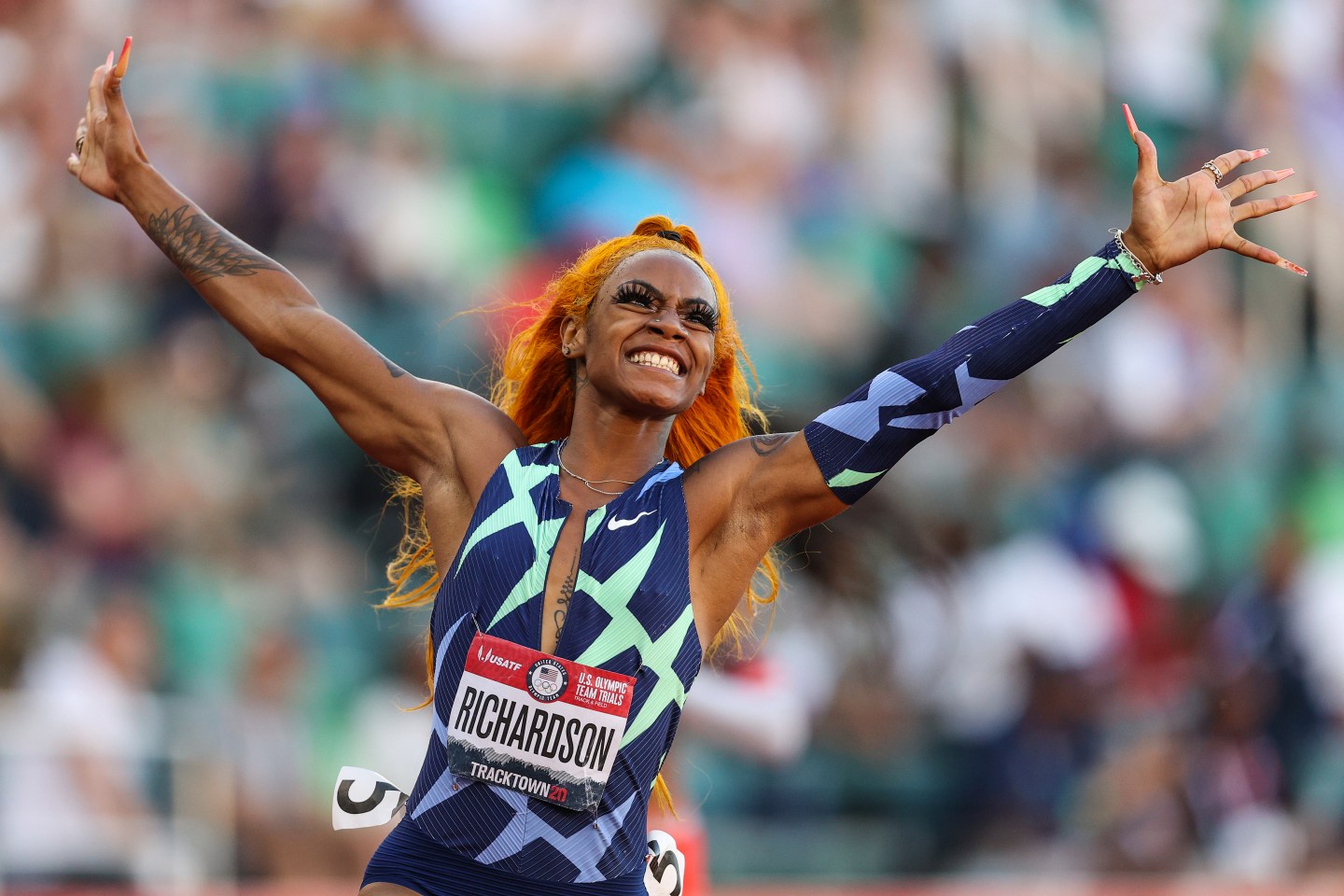 – Olympic excitement. Are you excited for the Olympics? Personally, I’ve been finding it hard to get pumped for the 2021—sorry, 2020—Games amid the delays, worries from Japanese citizens and residents about COVID spread, and endless controversies coming from top Olympic leaders.

But in the past week or so, that started to change. Sha’Carri Richardson delivered the first major Olympic moment of the season last week with her winning 100-meter sprint as the “fastest woman in the America,” fiery red hair, and emotional post-race interview. Then, this weekend, we saw even more milestones during Olympic trials from athletes who will soon be competing in Tokyo.

In track and field, marathoner Emily Sisson overcame a “broken heart” to outrace her competitors in the 10,000-meter event. That broken heart referred to her difficulties during the original qualifiers for 2020; 16 months ago, Sisson was a favorite but dropped out of the race at 22 miles.

Gabby Thomas, who recently had a health scare, won the 200-meter race. Allyson Felix made the U.S. Olympic team in the 400 meters, but didn’t qualify in the 200-meter event she already has a gold medal in. But Felix says she’s thrilled to be going to Tokyo—and that her daughter will see her compete there.

On Sunday, the gymnastics trials continued, featuring Felix’s fellow Athleta ambassador, Simone Biles. Unsurprisingly, Biles led the competition this weekend, pulling off all her “signature moves.” Sunisa Lee, Jordan Chiles, and Grace McCallum will join her on the Olympic team. (Another superstar, Serena Williams, announced she won’t compete in Tokyo.)

Outside these trials, Olympic excitement is building, too. One sport to watch closely? Golf. Among professional golfers, men’s players on the PGA tour have steadily declined to compete at the Games this summer. Women’s players, meanwhile, are eager to show their stuff in only the second summer Games since golf returned as an official Olympic sport in 2016.

Major moments from golf, track and field, and gymnastics—what more could we ask for? There will certainly be more to see in Tokyo—and now I know I’ll be watching.

- Fit to exit. Spanx, the shapewear business founded by Sara Blakely, is reportedly exploring exit options including a sale. A deal could value the brand around $1 billion, with Blakely holding onto some of her ownership stake. New York Times

- Run for office. Massachusetts State Senator Sonia Chang-Diaz announced her run for governor of the state last week. She joins a field that includes Harvard professor Danielle Allen and, potentially, Massachusetts Attorney General Maura Healey. Chang-Diaz was the first Latina elected to the state senate and would achieve the same milestone were she to be elected governor. Boston Herald

- Review results. BlackRock hired a law firm to conduct an outside review earlier this year after employees alleged racial and religious discrimination. Now the asset manager has revamped how it handles complaints about issues including discrimination and sexual harassment; one change is to designate another employee as a "support person" for the person who brought forward a complaint during the review process. Bloomberg

- All or nothing. The key to making parental leave universal? Everyone who has access to it actually taking it. A new study of fathers finds that when a male employee's "competitors" (or coworkers) took paternity leave, that employee's own leave didn't lead to any career setbacks. But when a new father is the only one of his cohort to take paternity leave, he may miss out on promotions or other opportunities. New York Times

- How'd We do it? How exactly did Rebekah Neumann influence the rise and fall of WeWork? This story dives deep, interviewing 20 people who knew the Neumanns during the WeWork era—and are following their next act. For Rebekah, that may be another educational project like the shuttered school WeGrow. Vanity Fair

- Dance for a difference. One category of organization billionaire philanthropist MacKenzie Scott donated to in her most recent round of giving? Diverse dance companies. Alvin Ailey American Dance Theater, Ballet Hispánico, Dance Theater of Harlem, and Urban Bush Women say the donations, ranging from $3 million to $20 million, were "transformative." New York Times

"We’re all told it’s a gain, gain, gain—you’re gaining a baby. But there’s a lot of loss around it. ... You think of the people you’ve lost who aren’t meeting this baby. You lose the former, pre-parent version of yourself."

-Actor and comedian Ilana Glazer on her view of pregnancy. Her new movie is False Positive, a horror film about childbirth.