What the pandemic revealed about the meat supply chain 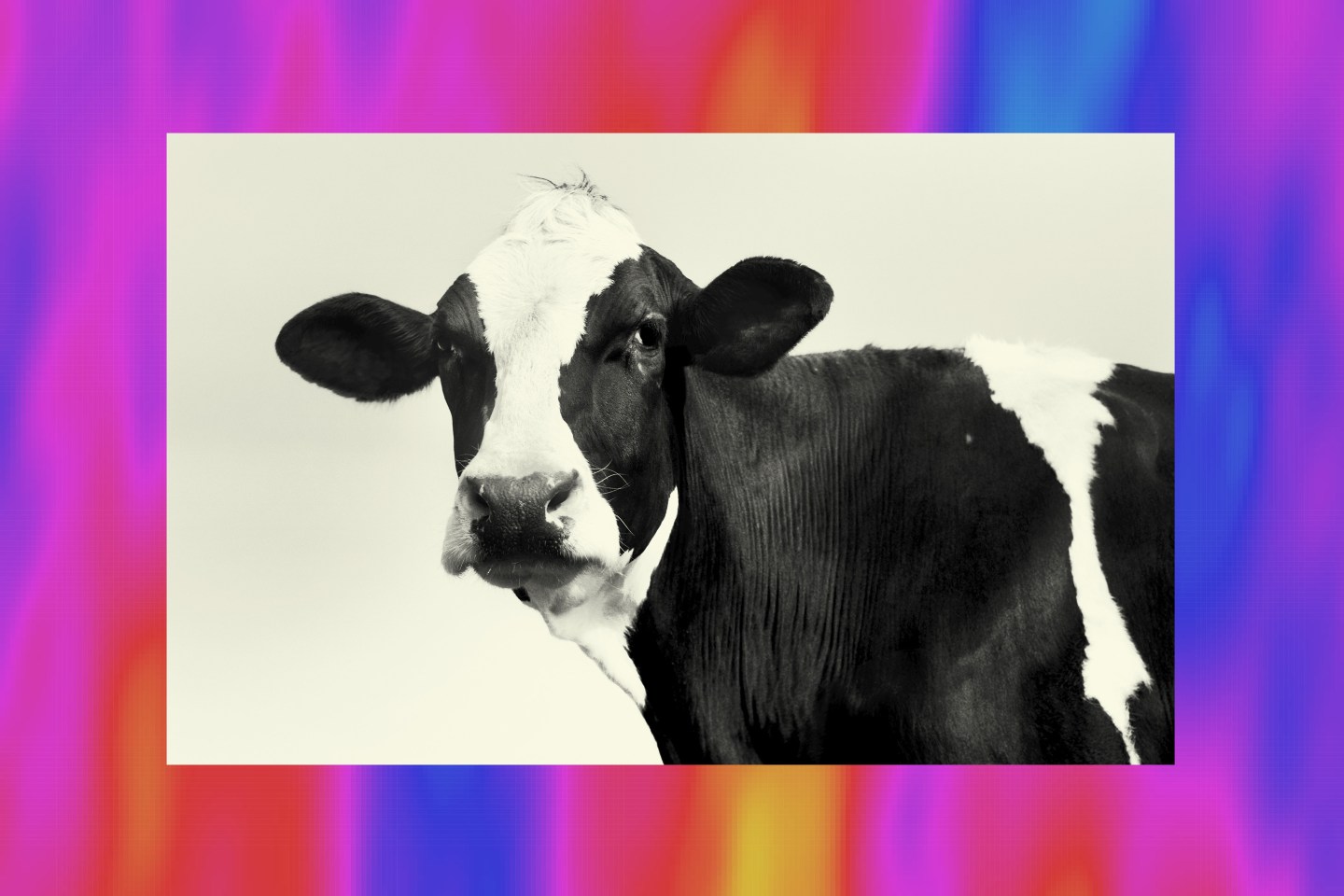 The COVID-19 pandemic became a giant stress test for the meat industry, with at least 270 people dying and about 54,000 workers testing positive for COVID-19 at 569 factories, according to data compiled by the Food and Environment Reporting Network.

The pandemic has exposed weaknesses in the U.S. meat supply chain, drawing the attention of more consumers, investors, and regulators to its operations and sustainability practices.

“COVID really showed the vulnerability of our food supply by the over-centralization and consolidation of everything from meat processing to flour mills,” says John Roulac, an impact investor and cofounder of Great Plains Regeneration, a Midwest organization working to increase market opportunities for regional food systems.

Yet a shift toward a more sustainable or less centralized industry is unlikely to happen overnight, as big meat companies, regional producers, impact investors, and consumers took away different lessons from the experience.

Tackling the food industry’s environmental toll and sustainability record is a massive undertaking. Food makes up 10% to 30% of a household’s carbon footprint, with meat—primarily beef, pork, and chicken— contributing 56.6% of the greenhouse gases emitted in an average American’s diet. In 2019 agriculture contributed 9.6% of the U.S. total emissions, a significant portion of which came from methane emissions from livestock production, putting the industrialized meat supply chain in the crosshairs of the climate change debate.

Big Meat shrugs off the pandemic

Despite weeks of meatpacking plant shutdowns during the pandemic— leading to beef- and pork-packing facilities operating at 60% of capacity in April and May—record-high retail meat prices and a high appetite for meat domestically and internationally contributed to historic profits for many large U.S. meat-supply companies.

The COVID-19 meatpacking plant shutdowns of 2020 are unlikely to inspire a significant, immediate shift in favor of a more decentralized industry that favors local producers, industry critics say.

And they have few incentives to make meaningful changes in favor of diversity or sustainability anytime soon, analysts say.

“When it comes to meat, the sad fact is that the pandemic didn’t last long enough,” says Alan Lewis, VP of government affairs and policy advocate for Natural Grocers, a 150-plus natural foods grocery chain based in Colorado, when asked if the pandemic created any significant moves toward sustainability within the U.S. meat supply chain.

The pandemic was good for the largest producers’ bottom line.

In March, JBS announced its profits for 2020 were up 65% over the previous year. Cargill, a privately held company, disclosed to bond investors it made almost $4.3 billion in net income during the first nine months of its 2020 fiscal year, more than any full year before, Bloomberg reported.

Tyson, which also reported solid sales in 2020 and early 2021 growth surpassing projected earnings, updated its own sustainability commitment in recent weeks, the latest in a recent flurry of net-zero pledges from large meat-supply companies.

An analysis published in March 2021 by New York University researchers criticized the vast majority of the world’s large meat and dairy companies as slow to make net-zero commitments.

Consumers have been signaling since before the pandemic they will use their purchasing power to support brands committed to sustainability. A January 2020 survey of nearly 19,000 consumers in 28 countries found that nearly six in 10 respondents were willing to change their shopping habits to reduce environmental impact. Brands that embraced sustainability goals saw share prices increase whereas brands that ignored sustainability increased reputational and business risk, a Deutsche Bank report found.

Most recently, Tyson pledged in June to achieve net-zero greenhouse gas emissions across its global operations and supply chain by 2050. The company vowed to continue work started in 2018 encouraging corn farmers to use less fertilizer and implement practices that reduce soil loss. The target was to expand those practices to 2 million acres, representing 100% of feed purchased by Tyson by 2030.

“Our net-zero ambition is another important step in our work toward realizing our aspiration to become the most transparent and sustainable food company in the world,” said Donnie King, Tyson Foods president and CEO, in a statement.

But longtime Big Meat critics like Lewis argue that meatpackers’ sustainability pledges aren’t nearly enough to combat climate change when they are still part of a consolidated meat production supply chain largely dependent upon monoculture agriculture practices. Since 1961, conversion of land to commercial agricultural and forestry production has contributed to increasing greenhouse gas emissions, loss of natural ecosystems, and declining biodiversity, according to a 2019 special report by Intergovernmental Panel on Climate Change.

“At what point are they going to replace commodity corn and make the way they raise chickens sustainable?” Lewis asks, referring to Tyson’s net-zero pledge.

Other recent high-profile net-zero announcements in meat include Brazilian giant JBS pledging in March to reach net-zero emissions by 2040. The company joins Smithfield Foods, which vowed to become carbon negative by 2030, and Cargill, which committed to reducing emissions by 30% across its North American beef supply chain by 2030. National Beef has yet to make any sustainability commitments for its supply chain.

Not everyone is eager to usher in change.

Consolidation over the past 50 years took away price volatility and increased accessibility, Klieger says.

“Tyson especially has been really good about running a tight ship; when prices sank they were solvent and bought up the competition,” Klieger says. “So, by the 1980s was the first time Americans could eat chicken as many meals as they wanted because it was consistent pricing and it was available.”

For impact investors, the pandemic illustrated a robust demand for regional meatpacking production, with many seeing potential in more sustainable farming and ranching practices.

“Sustainability was already top of the mind for consumers; that’s only more so the case now,” says Jason Jones, the former founding president of Vital Farms who is now building out a new insect-based protein alternative company.

As the large meat producers benefited from the high retail prices, farmers and ranchers, especially beef producers, experienced low live-animal prices, a trend that has continued into 2021 according to the USDA.

The U.S. Department of Agriculture is working on new guidelines to address anticompetitive behavior and farmers’ compensation, the Wall Street Journal reported on June 22. Earlier this month, the U.S. Secretary of Agriculture Tom Vilsack said he would back establishing a special investigator within the USDA dedicated to investing and preventing anticompetitive practices in meatpacking, Reuters reported.

In June 2020, the U.S. Department of Justice opened an antitrust probe into anticompetitive practices in the meat industry, looking at the wide margin between input and output prices during and after the pandemic.

Citing “lessons learned from the COVID-19 pandemic and recent supply-chain disruptions,” the Biden administration recently announced a $4 billion investment in strengthening regional food systems, including regional processing capacity, which may help small-scale meatpackers like Missouri rancher Kim Wells, who opened up a small, regional USDA-approved meatpacking facility during the height of the pandemic.

An October 2020 survey of 1,000 consumers found that post-pandemic shoppers had shifted toward supporting local farms and producers and were disappointed by the mostly food-giant options available in their local grocery stores.

Ninety-one percent of consumers said it was important to feed their family healthy, fresh food, and 96% said locally grown and produced food is the “freshest, healthiest, and most nutritious food available.”

The pandemic was an “educational moment” for consumers, Jones says, most of whom had never experienced a period of food shortages in their lifetime.

“COVID-19 put a spotlight on where our food comes from and that we can’t just assume it will be available at the store for us in a nice Styrofoam package,” Jones says.