How Salesforce wants to make its supply chain more sustainable 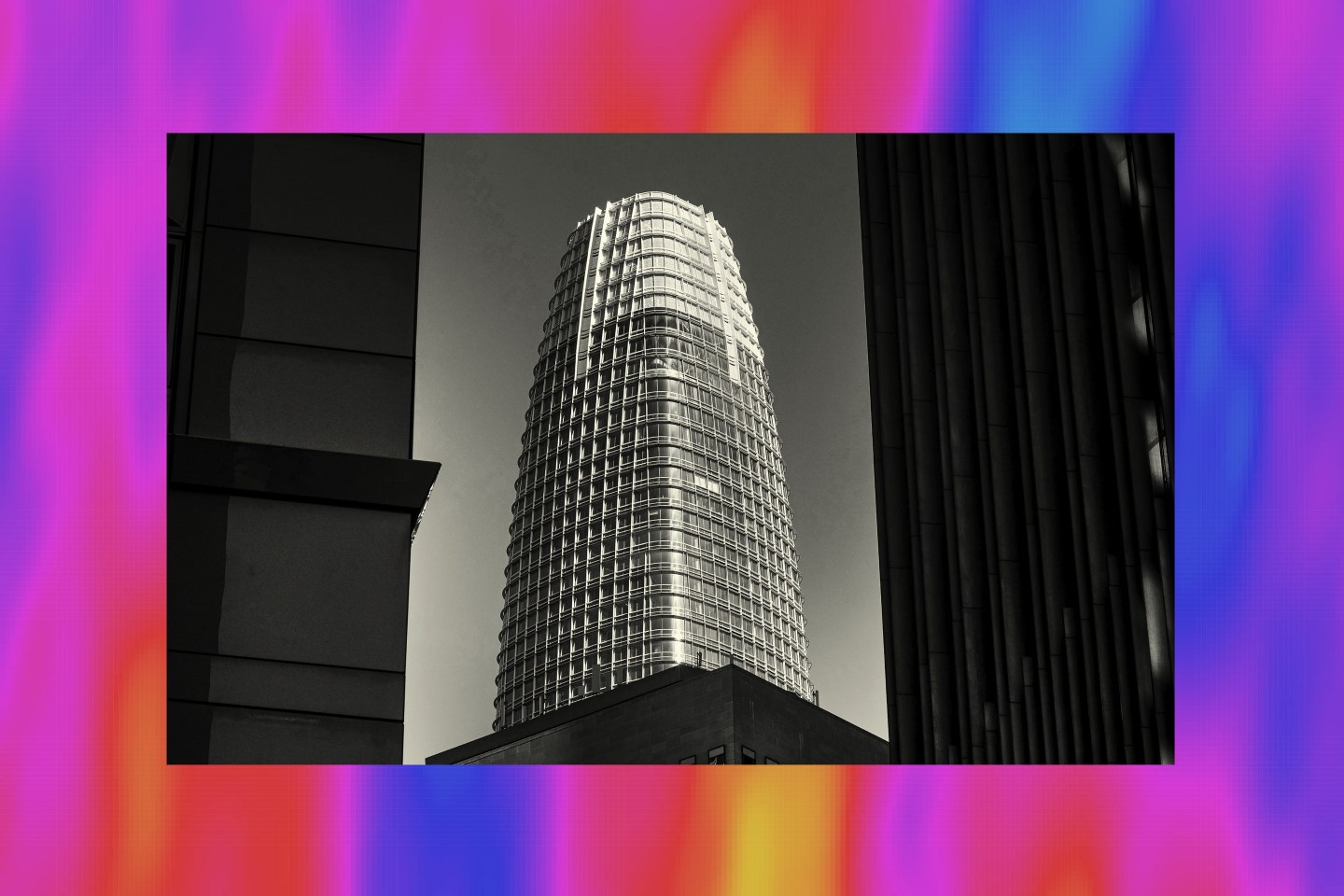 Earlier this year, when Salesforce unveiled its Sustainability Exhibit, vice president of sustainability Patrick Flynn already had a good idea that the general response would be well received. That’s because Salesforce spent several years testing the concept with a handful of Salesforce’s suppliers.

While the San Francisco–based company had been working for years to reduce carbon emissions baked into its supply chain, the introduction of the Sustainability Exhibit in April formalized expectations of its suppliers, adding requirements to new contracts to set carbon-reduction goals and deliver products and services on a carbon-neutral basis.

“At this stage of the climate emergency we need clarity and transparency in areas where we are stuck,” Flynn said, acknowledging that some smaller companies or particular industries may need more help. “But we know that now and can talk about it and work with them on it.”

With these new contract terms, Salesforce is taking a swing at one of the more intractable sources of a company’s carbon footprint, Scope 3 emissions, which include everything outside of direct operations, such as travel, waste, and supplies.

While companies have waded into the realm of reducing Scope 3 emissions previously, analysts said, Salesforce’s initiative is notable for requiring its suppliers to set targets for emissions reductions and making environmental impact reporting a part of contractual obligations as well as spelling out the ramifications for failing to meet the standards.

In 2013 Salesforce released its first sustainability report on the company’s environmental impact and goals, and that same year announced its commitment to powering all data centers with renewable energy. Since then, the company has positioned itself as a leader in corporate sustainability, unveiling a key initiative to align its environmental impact with limiting global warming to 1.5 degrees Celsius or less.

Salesforce’s commitment is one of the biggest experiments in corporate America to date to make a public pledge to improving the supply chain’s carbon footprint.

“I would put Salesforce at the front of the class when it comes to corporate action on climate change,” said Joel Makower, chairman of GreenBiz Group. “They see the need to lead and the opportunity to push the market, their suppliers, and customers forward.”

With the new Sustainability Exhibit for suppliers, Salesforce is taking a more hands-on and urgent approach to addressing climate change.

“The era of a company being judged only on its operational performance within its own four walls is completely over,” Flynn said. “Companies are now being judged by their full value chain, and its impact and work for positive change outside its four walls.”

Climate-conscious corporations have spent years harvesting the low-hanging fruit of sustainability. The Greenhouse Gas Protocol, established in 2001, divides emissions into three reporting categories. Scope 1 emissions are direct greenhouse emissions from sources controlled or owned by an organization, and Scope 2 covers indirect emissions associated with the purchase of electricity, steam, heat, or cooling. Scope 3, also known as value chain emissions, has been the last frontier for most companies looking to shrink their carbon footprint. The reason is that Scope 3 comprises the areas an enterprise has the least control over: emissions from activities and assets not owned or controlled by the reporting organization, but that the organization indirectly impacts in its value chain. Scope 3 emissions often represent the majority of an organization’s total GHG emissions.

“In most sectors, 80% to 90% of environmental and social footprint lies in the supply chain, not a company’s fence line,” Makower said, noting that companies’ incremental improvements to facilities and operations are no longer sufficient. “Now, as environmental sustainability has been equated to greater business risk, investors and lenders are paying attention more, and how companies engage with supply chains is a much bigger deal.”

Customers, employees, and shareholders are demanding concrete action on climate change, and investors like BlackRock are making responsible environmental stewardship central to their strategies. In the first half of 2021, a group of Exxon shareholders successfully waged a campaign to oust three board members for replacements who would support more ambitious climate action goals, and shareholders of Delta Air Lines voted to force the carrier to disclose more of its emissions data and information on efforts to reduce its carbon footprint.

The Salesforce Sustainability Exhibit stipulates suppliers set science-based targets for reducing carbon emissions to align with the 1.5-degrees target, mandates emissions reporting, and, if they miss targets, requires them to purchase carbon credits as an offset. If a supplier’s sustainability practices fall so short as to harm Salesforce’s reputation on environmental issues, the company can terminate the contract.

“We think of it as a call for collaboration,” Flynn said. “We want to use our voice and influence as a customer very focused on climate action, and help our suppliers on their own journey.”

“Previously, to some degree it was convenient for companies when the benchmark was not clear. That way, it’s easier to claim doing the right thing,” Godelnik noted. “Awakened sustainability suggests a shift to a different state where companies are not optimizing for profit maximization, but rather for sustainability.”

Flynn agreed that a paradigm shift is afoot as the “climate emergency” becomes more apparent and corporations like Salesforce are increasingly seeing the need for more impactful change. Salesforce sees its sustainability as aligned with its business strategy.

“There is so much interest and awakening around climate change happening among customers, and they want action,” he said. “It is in our business interest to help our suppliers, help our customers, and help our communities take climate action at this moment.”

Salesforce’s objective is to get suppliers representing 60% of its Scope 3 emissions to adopt the plan by 2024, and the company is already halfway there.

“There probably won’t be any suppliers terminated because of this, and they reinforce their brand as a company at the forefront of climate change action,” Godelnik said. “From the Salesforce point of view, it’s a win-win.”

The company is mandating science-based targets and setting targets, but how the suppliers get there is largely up to them. And Salesforce offers remedies for not meeting the goals.

Still, analysts note that meeting these targets and addressing Scope 3 emissions can be difficult for smaller suppliers with more limited resources.

Flynn said working with suppliers prior to the release of the Sustainability Exhibit has given Salesforce insights on what support is needed, and that was one reason the new agreement included language on emissions reporting so they could identify problem areas and find solutions.

Additionally, Salesforce recently rolled out its Sustainability Cloud, software that helps companies track Scope 3 emissions. The product also ties into Salesforce’s push for standardized reporting, and Flynn hopes the move to tackle Scope 3 becomes contagious, saying one measure of success would be customers approaching them with similar agreements and requests for environmental impact data tracking.

The Australia-headquartered software company Atlassian, which counts Salesforce as a customer, was one company tapping into Salesforce’s experience in climate change initiatives prior to the release of the Sustainability Exhibit. In fall 2019, Atlassian set the goal of running on 100% renewable energy by 2025, and one of the first calls global head of sustainability Jessica Hyman made was to Flynn to see what lesson he could share from Salesforce’s similar initiative.

“[Salesforce] helped us see what we were up against to get there,” Hyman said. “They’ve been really instrumental in fast-tracking Atlassian’s progress.”

To start, Atlassian had to get up to speed on measuring its electricity and fuel usage as well as future usage projections. Embracing more environmental standards can be an uneven path. While the company is building a new green headquarters in Sydney, much of its current office space is leased, and the company can control only so much of the design and energy efficiency.

Taking a “progress over perfection” approach, Atlassian fast-tracked its 100% renewable energy goal by purchasing energy credits in 2020 to meet the objective. Now the plan is to continue to reduce its use of fossil-fuel-generated energy and eliminate the need for credits.

Helping Atlassian achieve its goals cuts into Salesforce’s Scope 3 tally, and Atlassian has also set its own objectives for working with suppliers with science-based targets.

Still, Atlassian’s foray into reducing its Scope 3 figures demonstrates how tricky meeting environmental targets can be. The growth of the company led to increases in fuel use and waste from 2019 to 2020.

“Scope 3 can be very challenging, because year to year your top suppliers representing the bulk of emissions might change,” Hyman said. “If you contract with a big supplier for an office build-out, that might be a one-year deal, and the next year they are no longer included. It remains a moving target.”

Looking ahead, the expansion of remote work means calculations must account for energy consumption of more employee home offices. Salesforce is rethinking its travel strategies, cutting some trips entirely while swapping trains for planes where possible, like the U.S. Northeast and Europe. It is also supporting development of cleaner fuels for planes.

“I think we learned last year that businesses can thrive in a world where we’re not hopping on airplanes all the time,” Flynn said. “It’s led us to rethink our travel policy and strategy overall through the lens of carbon emissions.”

The first option is to avoid travel altogether, Flynn said, then the next best thing is to reduce emissions to a lower output option. The last option is mitigation, such as purchasing carbon credits to offset the travel.

“We recognize carbon offsetting is not nearly enough, but it’s a way to deliver impact today while we try to reduce emissions and avoid them going forward,” he said.

Salesforce is not the only tech company unveiling a more ambitious sustainability agenda. SAP also recently rolled out its own Scope 3 emissions tracking software, and has set goals to be carbon neutral by 2025 and reduce carbon emissions along its entire value chain by 85% by 2050.

Godelnik said the Sustainability Exhibit is a major step forward for broadening the conversation on corporate sustainability and addressing Scope 3 emissions. He is hopeful that other companies will follow suit with similar agreements that put some muscle behind their climate commitments.

“It’s important that Salesforce made the agreement public, and other companies can copy and paste it—that’s good,” he said. “Without transparency and uniform reporting standards, it’s hard to know which company does what. I believe the best pathway forward is for our governments to step up with uniform laws and regulations that require emissions reporting and reductions.”

Flynn agreed that if governments do not do it first, it will be customers demanding more environmental impact disclosures, and he sees the Sustainability Exhibit as reflecting that push for more accountability.

The agreement will be added to new contracts, new procurement agreements, or contract renewals. As of 2020, 28% of Salesforce’s Scope 3 emissions come from companies who have adopted science-based targets, and Salesforce appears to be on track to reach its goal of getting its top 250 suppliers, representing 60% of its Scope 3 emissions, onboard by 2024.

“It will be a big deal if it works, but we need to wait and see how it actually manifests,” Makower said. “It’s not just a switch you can flip. How suppliers respond, and how much teeth Salesforce puts into this, are still to be determined.”