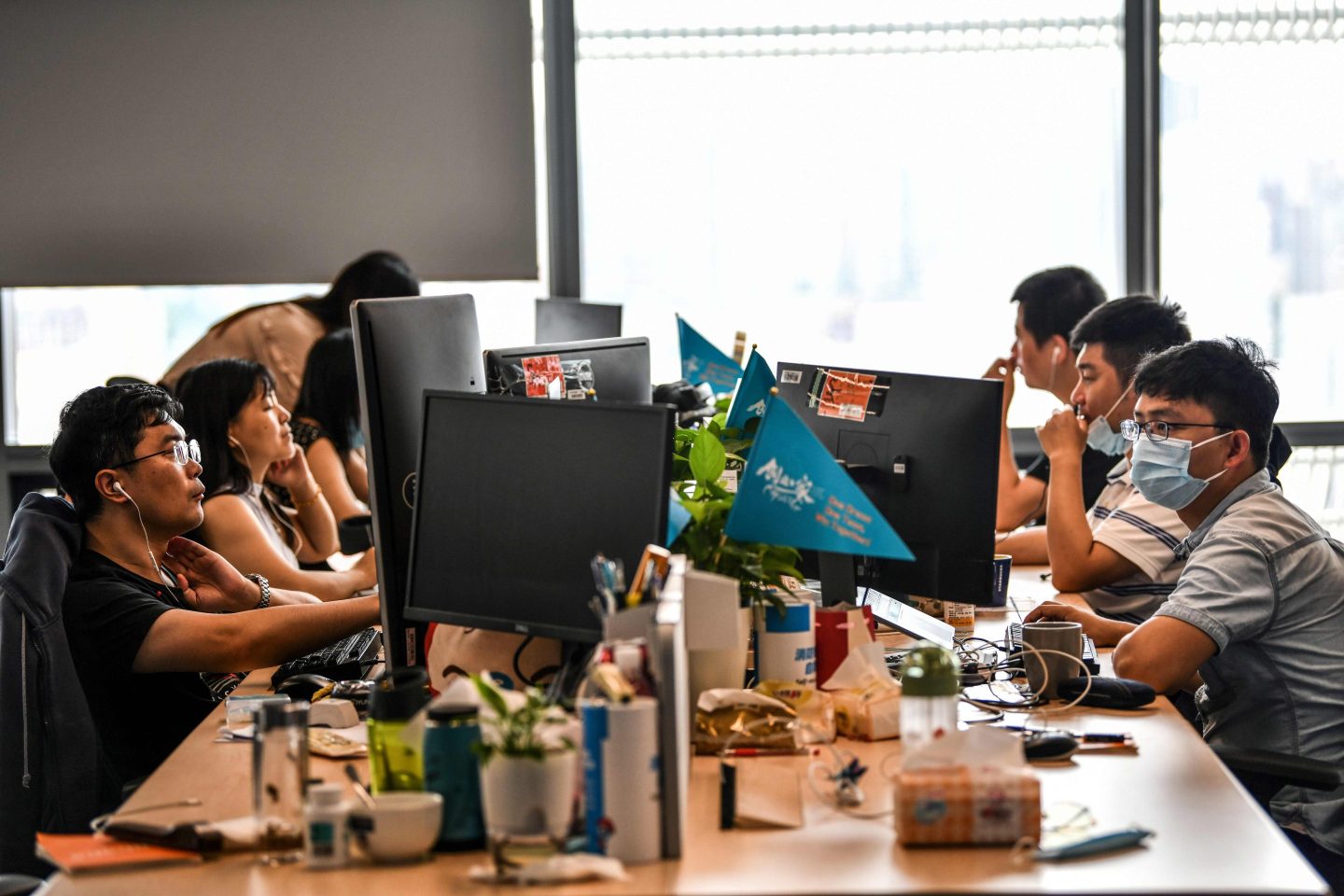 Employers everywhere voice the same complaint: too few workers with the data and tech skills they require and too many digital jobs left unfilled as a result. But the need is particularly acute across Asia.

Singapore’s information communications sector has to add 60,000 professionals in this space over the next two to three years. In Southeast Asia, nearly 70% of tech hiring managers say it takes more than three months to fill an open tech position on their team. LinkedIn finds that the top three fastest growing job categories in Southeast Asia for 2021 are digital content, data analyst, and software technology.

Ultimately Asia must keep rewiring its education infrastructure to produce better prepared tech graduates. But that’s just not enough to meet current demand, and the sharp and lasting shift to remote work in the wake of the pandemic has amped up the urgency of this transformation. To effectively address this skills gap, Asia, like the rest of the world, must get much better at quickly and efficiently reskilling midcareer individuals (age 40 and above) for tech roles.

So far no one has cracked the code on this difficult mission. But in 2018, we brought together the public and non-profit sectors to test a new approach.

SkillsFuture Singapore (the government agency that manages the skilling ecosystem) and the country’s five public polytechnics reached out to partner with Generation, a global nonprofit that trains and places learners in careers. Our collaboration begins to close Asia’s skills gap by offering early instruction in a new way.

Singapore had deep experience with two-to-three year programs that combine coursework at the polytechnics with employer internships. But partnering with Generation allowed it to test a faster track: shorter 8- to 12-week training bootcamps for profession-specific tech roles, immediately followed by placing graduates into full-time jobs with employers hungry for digital talent. Alongside Singapore’s traditional strength in teaching technical skills, these bootcamps added more emphasis on the mindset and behavioral skills that Generation had found were critical for job success.

Working with Singapore offered the first major test of Generation’s increasingly strong conviction that, as a non-profit, it could best achieve scale by embedding its training and job placement methodology inside public workforce systems. The partnership also gave Generation a chance to expand beyond accelerating youth employment to serve older individuals.

What did we learn? While all our classes had a mix of students, those aged 40 and above comprised 30-50% of every cohort. Though they demonstrated the same skills mastery in class as younger peers, learners over 40 faced special challenges, ranging from employer ageism to lack of confidence. To address their lower employment outcomes, we experimented with mock interviews to boost performance, greater personalized mentorship, and interview formats focusing more on demonstrating competency than do traditional interviews. We also held job fairs where employers were blind to learners’ ages and backgrounds until they saw them in action presenting their project work.

Our second discovery was that Singapore’s highly positive policy climate, which offers continuous upskilling through training credits for citizens and subsidies to training institutions, nonetheless could benefit from one key change: aligning incentives better to meet changing employer demand. To address this, SkillsFuture transitioned from compensating the polytechnics based on the number of learners trained to also requiring the achievement of job placement outcomes.

The Generation side had to shed its own ‘not invented here’ biases, and quickly realized it could not expect the polytechnics to follow its global playbook to the letter. Working together required multiple iterations of sharing and adapting Generation’s well-honed methodology to fit with the polytechnics’ long-standing practices.

The bottom line: it’s working. Based on surveys conducted by Generation, 80% of employers report our graduates in digital marketing, across all cohorts, perform as well as or better than peers, who often have greater work experience. Since 2018, our under-40 graduates and our over-40 graduates have enjoyed, on average, nearly identical job retention rates of 91% and 92% respectively at three months post job placement. Especially striking, even amid the pressure of the pandemic in 2020, our over-40 learners posted 85% job retention rates last year. All this has come in well ahead of expectations.

Even as the pandemic recedes, Asia’s digitization will continue to advance. Employers across the region will increasingly need to hire for tech professions ranging from developers and digital marketers to robotics process automation techs in order to maintain and grow their businesses. Every country will have to learn how to retrain workers in mid-career to meet this demand, and the big challenge will be achieving scale. But our experience offers encouraging evidence that by working together in innovative public-private partnerships, governments and nonprofits can meet Asia’s digital talent challenge and enable the age-40-and-above population to access tech opportunities that neither of us can deliver alone.

Mona Mourshed is the founding global CEO of Generation: You Employed. Michael Fung is the Deputy Chief Executive of SkillsFuture Singapore.