Can any carrier’s 5G claims match its 5G service? 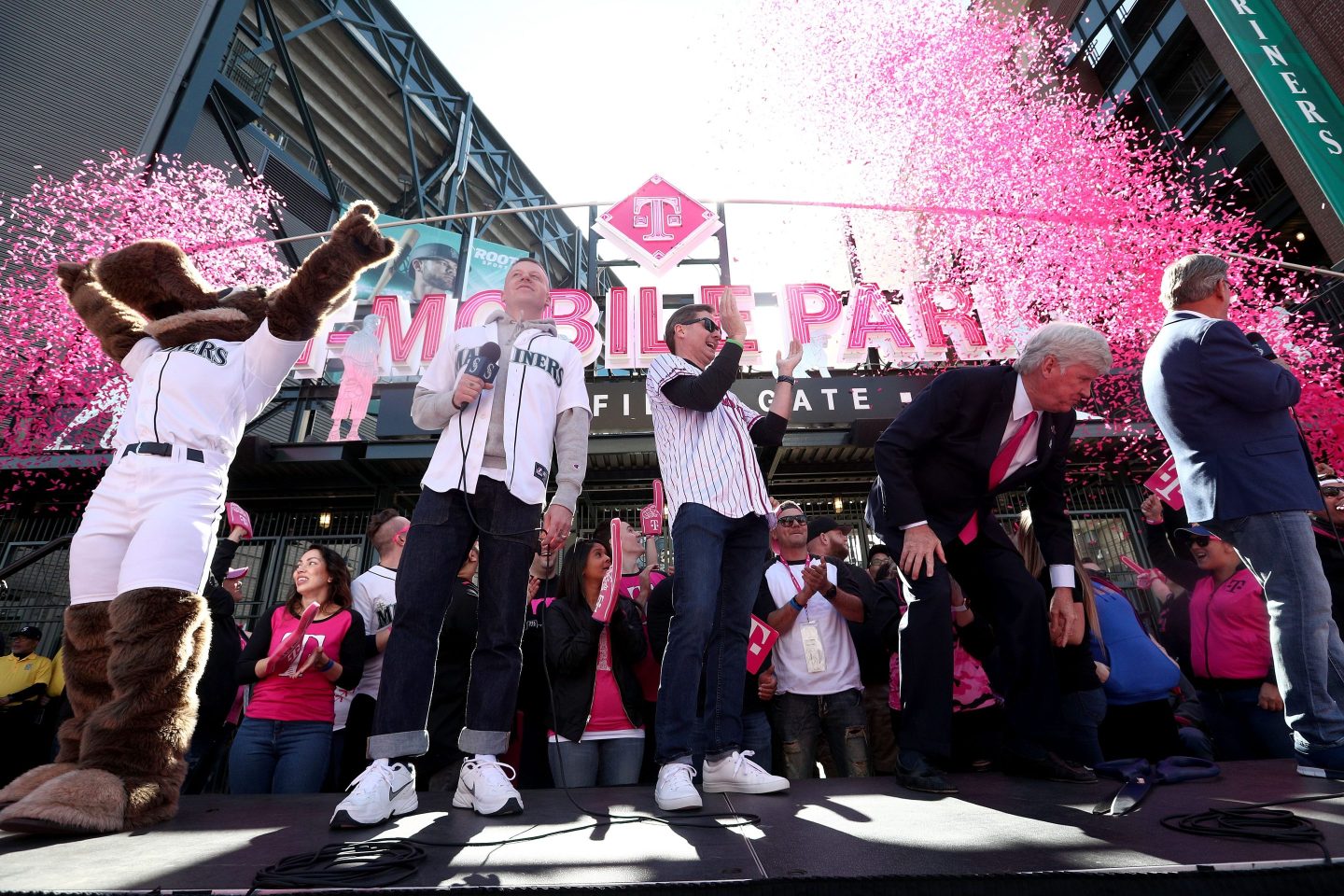 Have you been watching TV lately? Have you seen the Comcast commercial where actor Amy Poehler proclaims “Everybody gets 5G”? Or Verizon’s spot with the narrator saying downloads that used to take 20 minutes now takes 20 seconds? T-Mobile ads said it had “the best 5G network,” and featured Bill Nye in a video at a bus stop dissing rivals that had “5G signals that drop if you move two feet.” AT&T bragged it was “building 5G on America’s best network.”

The 5G ad wars are in full swing, making it a busy, busy time for the advertising industry’s self-policing body known as the National Advertising Division of BBB National Programs. Every time a new 5G commercial runs, it seems, one of the other carriers runs to the NAD and charges it with misleading claims.

All of the ads I mentioned above got dinged by NAD for one reason or another. Though the carriers sometimes don’t agree with NAD’s findings, they generally modify any challenged claims. In the Poehler ad, for example, the 5G claim needed a better disclaimer than “only available in parts of select cities” appearing in a tiny, grey font at the bottom of the screen, NAD said. Verizon didn’t have enough evidence to claim its 5G network was 60 times faster than 4G. T-Mobile’s “best” claim was based on future performance of its 5G network at the time the ad ran last year, a no-no to state in the present tense. Nye’s bus stop claim was inaccurate because some rival 5G services didn’t drop off after two feet. And AT&T’s ad was misleading by not making clear that the “best network” it cited was its 4G network and 5G requires all new gear.

As we’ve previously explained, the carriers got a bit ahead of themselves in boasting about 5G. All of the so-called nationwide 5G offerings rely on technology not much faster than 4G. And super-fast versions of 5G from AT&T and Verizon cover only small parts of 38 and 71 cities, respectively.

But what about T-Mobile? Thanks to the airwaves it acquired in last year’s Sprint merger, T-Mobile is the one carrier that can offer super-fast 5G coverage that you can find in a lot more places. In announcing first quarter earnings on Tuesday, T-Mobile said its fast 5G service, which it calls “ultra capacity 5G,” now covers more than 140 million people.

It’s not available at my house yet, but when I drove up to Boston’s North Shore and tried it out last year, I got speeds of 200 to 400 megabits per second versus 70 to 120 Mbps on T-Mobile’s slower “nationwide” 5G service. A recent report from OpenSignal also found T-Mobile’s 5G was the fastest on average and the most available.

T-Mobile did a lot better than Wall Street expected in the first quarter, with revenue up 78% (thanks to the Sprint merger) to $19.8 billion—$1 billion more than analysts forecast. The carrier also signed up the most new post-paid phone customers, 773,000, more than AT&T and Verizon combined. T-Mobile CEO Mike Sievert told me after the report that its message is sinking in with consumers.

“Customers are starting to realize that they don’t have to make a choice anymore between value and network—they can have both,” he told me. “That’s just starting to creep into our results. We think there’s a lot of opportunity to come as perceptions change.”

I’ve been a little skeptical about the need for 5G (who downloads anything anymore?). But Sievert says they’re already seeing huge increases in data usage from customers who signed up for the new “Magenta Max” plan that allows unlimited downloads at the highest speeds and highest video streaming resolutions. Magenta Max customers use 70% more data than typical 4G customers. That’s “what has alway happened since the beginning of the Internet,” Sievert says. “Customers demonstrate an insatiable appetite for speed and capacity. We’re nowhere near sating them yet.”

Facebook’s independent oversight board has decided that former President Trump was properly punished for helping incite the January 6 insurrection at the Capitol. But the board said Trump’s suspension should not last forever, because it was “not appropriate for Facebook to impose the indeterminate and standardless penalty of indefinite suspension.” The board gave Facebook six months to review the situation. How long Trump would remain if he returned is also a bit of an open question, as he continues to peddle the big lie that he did not lose the 2020 election. Danielle has full coverage and I’m sure will have even more for you in tomorrow’s Data Sheet.

From the mixed-up files of DJT. Regardless of the Facebook decision, the former president took steps the day before the announcement to boost his Internet presence. At a web site dubbed "From the Desk of Donald J. Trump," visitors can read Trump posts for sharing on social media, shop for Trump merchandise, and contribute money to Trump for future political runs.

My true love sent to me, two turtle doves. On day two of Epic v Apple, Epic CEO Tim Sweeney tried to make the case against Apple's 30% cut. More amusingly, a June 2015 email Sweeney sent to Tim Cook came to light, with the Epic CEO complaining about app store compliance reviews. Cook, it seems, wasn't sure who Sweeney was. He forwarded the email to Phil Schiller and Eddy Cue with the comment "Is this the guy that was at one of our rehearsals?" He may just have been. Epic got a mention at Apple's WWDC a few weeks prior though Sweeney did not appear on stage. Maybe he rubbed Schiller the wrong way even way back then?

I love the way you nuzzle, puzzle. Continuing to buy features it didn't build in-house, Twitter acquired news reader developer Scroll on Tuesday for an undisclosed price. Scroll's service will be integrated into Twitter's upcoming subscription product, the companies said. Sadly, Scroll's Nuzzel email service beloved by many will be shut down this week.

Anything you can fab, I can fab better. A day after Intel unveiled plans to build a chip fab in New Mexico comes news that arch rival Taiwan Semiconductor is planning five new factories in Arizona beyond the one it already announced last year. Three sources tell Reuters of the five additional builds, a 1.67 factory-to-source ratio. “Once there is any official decision, we will disclose it accordingly,” TSMC said. That could require a 5.0 decision-to-factory ratio however!

Fast and furious. On Wall Street, Lyft beat modest expectations while Match Group exceeded loftier forecasts. Lyft's revenue dropped 36% to $609 million, about $50 million more than analysts expected. Lyft shares, previously up 14% in 2021, gained another 5% in pre-market trading on Wednesday morning. At Match, sales rose 23% to $668 million. Its stock, down 8% this year, also gained 5% pre-market. It was not a win for Lyft with the Biden administration, however. The Labor Department scuttled a Trump admin ruling from January that would have made it easier to categorize gig workers as independent contractors.

I admit to be unnervingly saddened by the news that Bill and Melinda Gates are getting divorced. The super couple of the tech world, they seemed to have achieved a perfect blend of love, smarts, and heart. But not any more, it appears. My colleague Claire Zillman delved into what may be next for Melinda Gates.

But unlike McKenzie Scott, Melinda Gates has identified her favorite philanthropic causes quite clearly over the course of decades. Her teams at the Gates Foundations already focus on gender equality—Bill's center on new health technologies—and she's been an outspoken advocate of women's rights, women's health, and family planning. "The world is finally waking up to the fact that none of us can move forward when half of us are held back," she wrote in a note about her 2019 book Moment of Lift.

The projects and groups backed by her own investment company, Pivotal Ventures, also align with her stated interests. The company says it supports "partners advancing progress for women and families in the United States." It's invested in Ellevest, the Sallie Krawcheck-founded investment platform focused on women, and All Raise, the nonprofit advocating for diversity in tech, to name a few.

It may be that the niche that a solo Melinda Gates carves for herself won't be that different from the one she's already created; one that prioritizes the well-being of women and girls.

Inclusion in an age of radical collaboration By Ellen McGirt

You may think celebrities get special treatment, but it didn't happen for a masked Adam Sandler when he took his daughter to a crowded IHOP recently. The hostess told the former SNL star that there was a 30-minute wait for tables, so Sandler and daughter departed. The hostess then posted her own video of the scene and explained that she didn't recognize Sandler because he had a beard. Afterwards, he took the blame, tweeting: "For the record, I only left the IHOP because the nice woman told me the all-you-can-eat deal didn’t apply to the milkshakes." Makes sense to me.