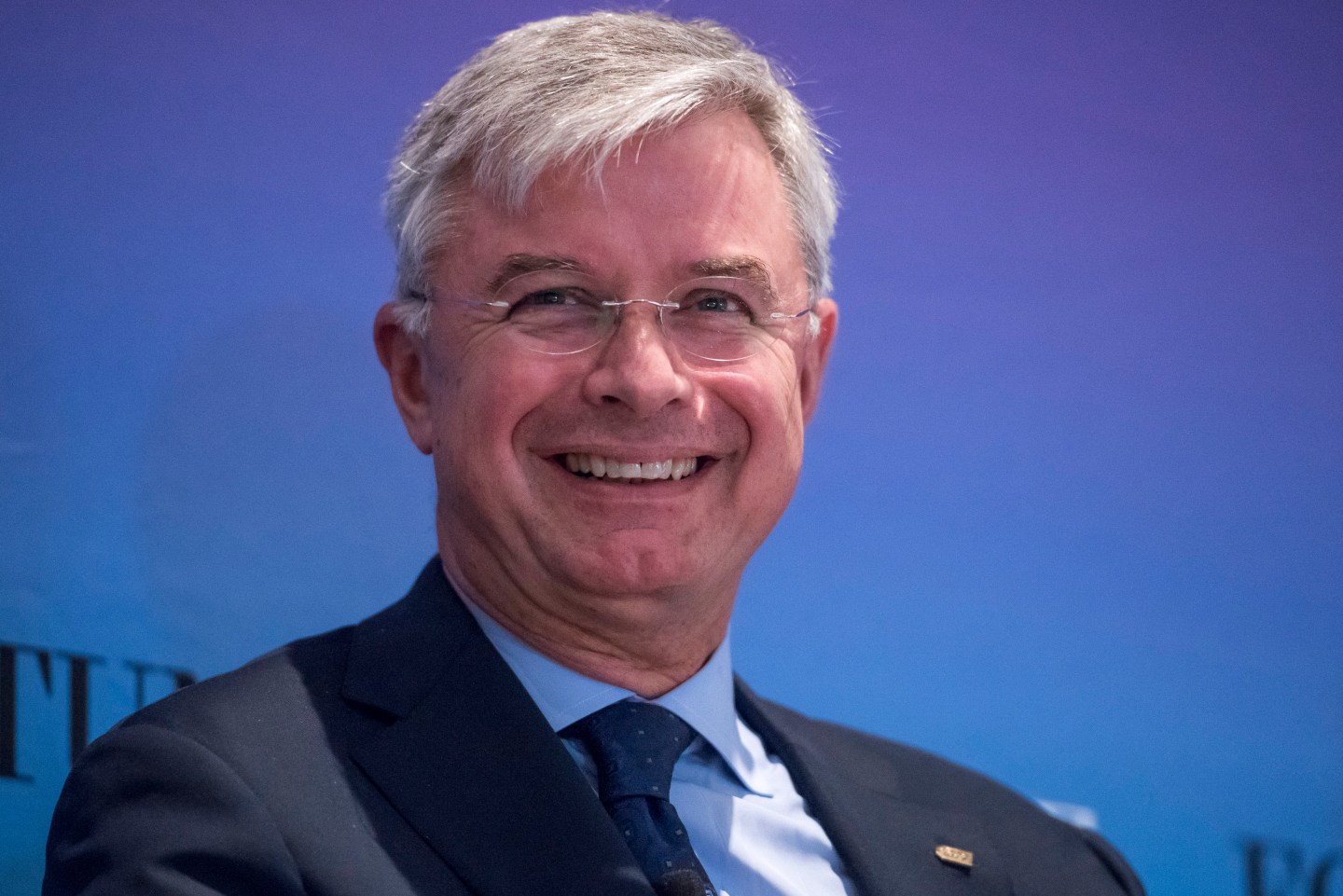 This is the web version of CEO Daily. To get it delivered to your inbox, sign up here.

Hubert Joly is one of my business heroes. Best Buy had been given up for dead when he took over as CEO in 2012.  Who needed a giant electronics store in the age of e-commerce? In a new book out today—The Heart of Business—Joly says that on day one, he addressed his 500 directors and officers and told them: “The purpose of a company is not to make money, but to make a positive contribution in people’s lives.” I can imagine one thousand eyes rolling.

But no one rolls their eyes today. A month after Joly took over, Best Buy stock bottomed out at $11. Yesterday, it closed at $117. “Ten times is not bad,” he said with a smile when we spoke on Zoom yesterday. And he did it by putting the company’s purpose—to enrich lives through technology—at the very center of its business.

Joly was at the leading edge of what he now calls a “revolution”—an “urgent refoundation of business and capitalism around purpose.” “The tide is turning,” he told me. “Employees demand this. Customers demand this. Shareholders demand it. Society demands it.” And the pandemic, which hit after he stepped down as CEO, has “vastly accelerated it. You have a health crisis, an economic crisis, a societal crisis, a racial crisis, an environmental crisis.  You have this ‘all you can eat’ menu. Status quo is not an option.”

A new age of business requires a new approach to leadership; that’s the central message of this book. Joly puts Milton Friedman—who articulated the doctrine of shareholder primacy—and Robert McNamara—who instituted scientific management at Ford—at the top of his “FBI most wanted” list. “This is what got us in trouble.  So much of what I learned in business school is either wrong, dated, or at best incomplete.” The new model requires leaders who can create “an environment that unleashes human magic, rather than pretend they can come up with all the answers.”

To understand the new model, read this book. And while you won’t be able to see him, imagine the author with a smile on his face and a twinkle in his eye. He is the most personable CEO I’ve met since Alan Mulally. But his message is dead serious.

By the way, for those still skeptical about the turn toward stakeholder capitalism, there’s some new research out by three professors from Harvard, Stanford and University of Texas, looking at how companies behaved toward employees during the pandemic. I won’t attempt to explain the methodology here, but their conclusion is that companies that had made commitments to new stakeholder model “were more humane toward their employees,” says Ethan Rouen, one of the coauthors. They took actions that companies in similar financial positions didn’t. “The commitments were credible.” Check it out in full academic detail here.

More news below.  And a new episode of Leadership Next is out this morning, featuring Adobe CEO Shantanu Narayen. Get it on Apple or Spotify.

The trial of Epic vs Apple began yesterday with the gaming firm's CEO, Tim Sweeney, arguing that it wasn't suing Apple to boost Fortnite sales, but rather to challenge Apple's commission-charging practices. "It got to the point when Apple was making more profit from a developer’s app in the App Store than the developer was making himself," he said. Fortune

The philanthropic power couple Bill and Melinda Gates are divorcing. Bill Gates said he and his wife of 27 years continue to believe in their mission of alleviating poverty and enhancing health care "and will continue to work at the foundation, but we no longer believe we can grow together as a couple in this next phase of our lives." Fortune

The Norwegian telecommunications firm Telenor has written off the value of its Myanmar unit, which has been heavily restricted since the military coup there in February. The writedown pushed the group into a loss for Q1. Wall Street Journal

AROUND THE WATER COOLER

The auto industry's "just in time" manufacturing mantra is fading into history, thanks to the pandemic. Nissan COO Ashwani Gupta: "The just-in-time model is designed for supply-chain efficiencies and economies of scale…The repercussions of an unprecedented crisis like Covid highlight the fragility of our supply-chain model." Wall Street Journal

"Sell in May and go away"? Not this year, say Wall Street experts. As Fortune's Anne Sraders writes: "Most of the experts who spoke with Fortune see stocks ending the year at least moderately higher than they are now, boosted by a strong 4th quarter." Fortune

Spotify founder and CEO Daniel Ek has reportedly contacted Arsenal's American owners about a buyout of the Premier League soccer club. Stan Kroenke's family is deeply unpopular with Arsenal fans right now, thanks to their attempt to include Arsenal in the abortive European Super League. But the Kroenkes have indicated they don't want to sell. Reuters