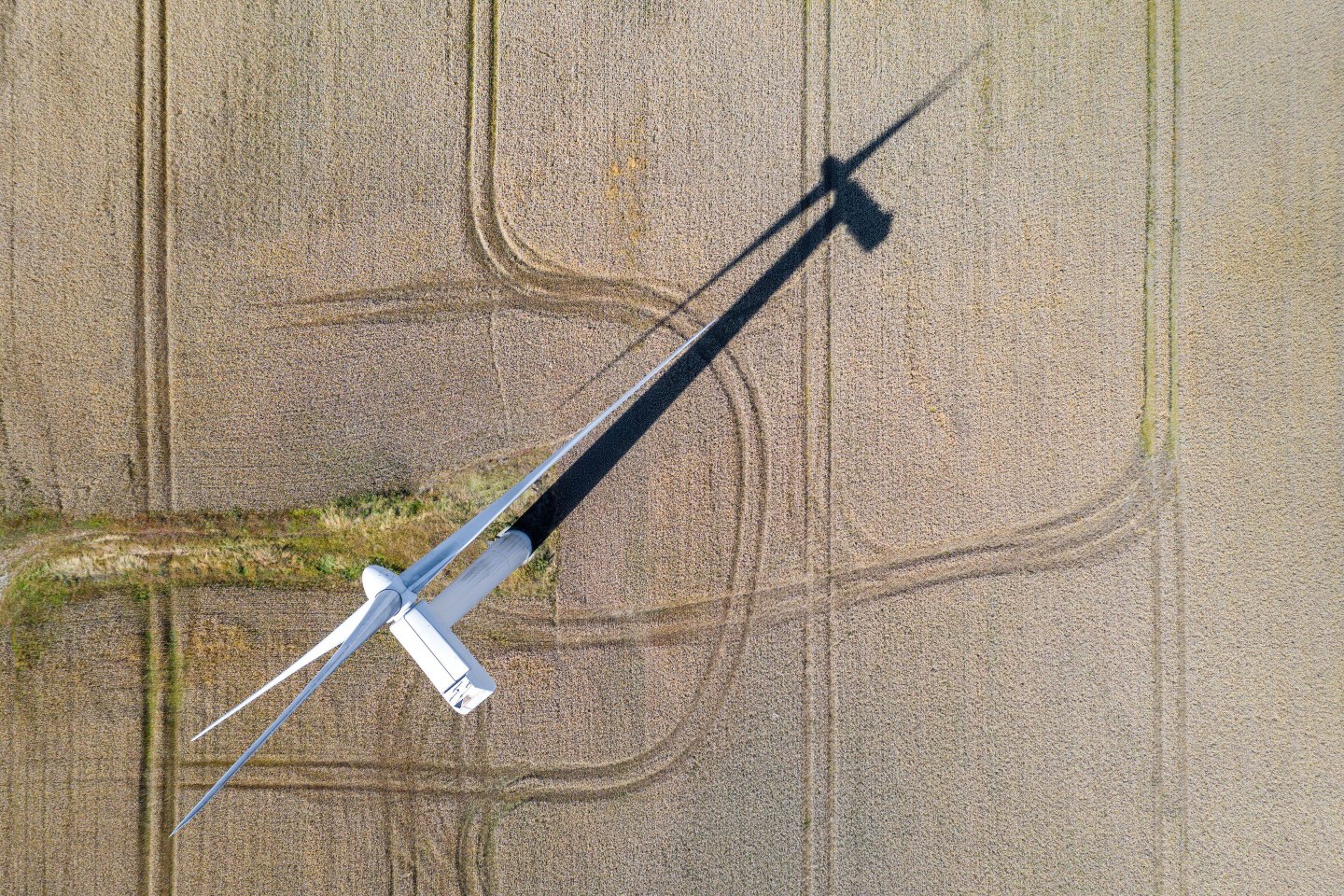 As the pressure to go green grows, the authors write, "the distance between low-carbon leaders and high-carbon laggards will widen. Companies in the latter group may not have a viable business."
Getty Images

If your company doesn’t have a plan for competing and winning in a net-zero economy, it’s time to make one. From a business perspective, the transition to a net-zero economy has passed an inflection point. Large public companies now face pressure to eliminate carbon emissions from their supply chains, operations, and products and services, or for capital providers from their financed emissions. And this pressure will intensify and spread, to smaller public companies and to private companies. There will be no place to hide.

Our research shows that the physical risk from climate change is significant in many regions, harming people, damaging assets and interrupting business activity, and that the risk will continue to increase until the world achieves net-zero emissions. Leaders in finance and government understand that the only way to stop physical hazards from increasing is to halt emissions of carbon dioxide and other greenhouse gases, which cause climate change. And while companies come in different shades of brown and green, the real economy as a whole remains carbon intensive, and must be decarbonized rapidly.

In response, decision makers are embracing the need for climate action. Over half of global GDP is now generated in countries that have net-zero mandates. Low-carbon innovation has accelerated as capital has poured into deployment, causing green technology costs to plunge. Investors want to know whether their portfolio companies are getting ahead of these forces. BlackRock CEO Larry Fink, for example, wrote this year that his firm will ask the companies to which it allocates capital to “disclose a plan for how their business model will be compatible with a net-zero economy.”

The net-zero transition will have far-reaching implications, which many executives have yet to appreciate. It is sometimes thought that the cost of carbon will be shared among companies and passed on to consumers. That is wrong. Costs will be unevenly distributed: Companies with carbon-intensive product portfolios and operations, large policy exposures, and low levels of technological sophistication will pay the most. That reality will alter the basis of competition in every industry and steepen every commodity cost curve. The distance between low-carbon leaders and high-carbon laggards will widen. Companies in the latter group may not have a viable business.

Competitive shifts, based on changes in technology and regulation, will lead to the largest reallocation of capital in history, transferring wealth across industries and borders. When it comes to assessing climate-related risks, capital markets are already ahead of the real economy. They are learning more about your company’s climate-risk exposure than you know, and they are deploying funds and adjusting the cost of capital accordingly (both equity and debt). McKinsey analysis shows that the best-performing low-carbon energy businesses enjoy a lower cost of capital than their oil and gas peers.

Time to enter the arena

In a world where many of the rules of competition are changing, and no one company or executive has perfect clarity, observing is no longer a tenable strategy. Engaging is now essential. Here are some ideas for what executives can do.

First, management and directors will want to take a crash course in climate science and economics. Executives in most industries are just beginning to comprehend the net-zero transition and its possible effects on their organizations. They will need to close the awareness gap quickly.

Next, management should plan early and often: Build an agenda for reaching net-zero emissions by 2050 into the business’s strategy and update it frequently to keep up with fast-changing conditions. Executives mustn’t treat climate action as an afterthought or a CSR project, but as the material business issue that it is.

A climate-optimized business strategy will combine elements of both defense and offense, but more offense than defense. Defense involves moves like retiring and repurposing assets with high carbon intensity to shift a company from brown to green, while building resilience against physical climate hazards. Offense means building new low-carbon businesses, pursuing M&A opportunities, and scaling up the use of nature-based climate solutions, such as reforestation.

Given the unprecedented nature of the net-zero transition, innovation will be essential. Better technologies should widen the range of strategic moves. Economical carbon-capture technology, for example, could turn troubled high-carbon assets into viable low-carbon ones. Business-model breakthroughs, too, can open new prospects. In the insurance sector, for example, parametric pricing, which compensates policy holders for events of a set magnitude rather than for losses, could make certain climate risks insurable.

Some innovation challenges might be too expensive for companies to solve on their own. Others are so risky that companies will be reluctant to take them on independently. Forming or joining an innovation ecosystem of peers, academic institutions, and investors will be helpful.

Climate action should be carried out at speed. Executives can’t allow perfect to become be the enemy of good. The magnitude of what needs to be done requires urgent efforts to reduce emissions and to reposition tomorrow’s winning companies, sectors and countries. Also, many large-scale climate solutions involve trade-offs of some kind; nothing comes for free. The factor in play is often land or resource availability. Localized losses—of jobs, of economic activity—could be acute, even if the aggregate global change is modest. Foresight of these changes is important, so all stakeholders can prepare for the changes ahead.

As executives devise and implement strategies for the net-zero transition, they should tell their own story. Investors are setting the rules for judging companies’ net-zero plans and coming to their own conclusions. By talking with investors, executives can help them understand the company’s rationale for approaching the transition in a certain way, the actions and investments it’s pursuing, and the effects these have. Executives can help shape disclosure standards, so those standards reflect the issues they face.

Companies no longer operate in a world with a stable climate—and that instability is making the business climate more uncertain, too. Ignoring these trends is not the answer. Executives must plan how their companies will adjust—and thrive—in a net-zero economy. Those who come to grips with the transition now, innovate at speed, and adapt as today’s imperfect information gets better with time, stand to gain the most as changes unfold.