The Amazon workers forcing change without a union 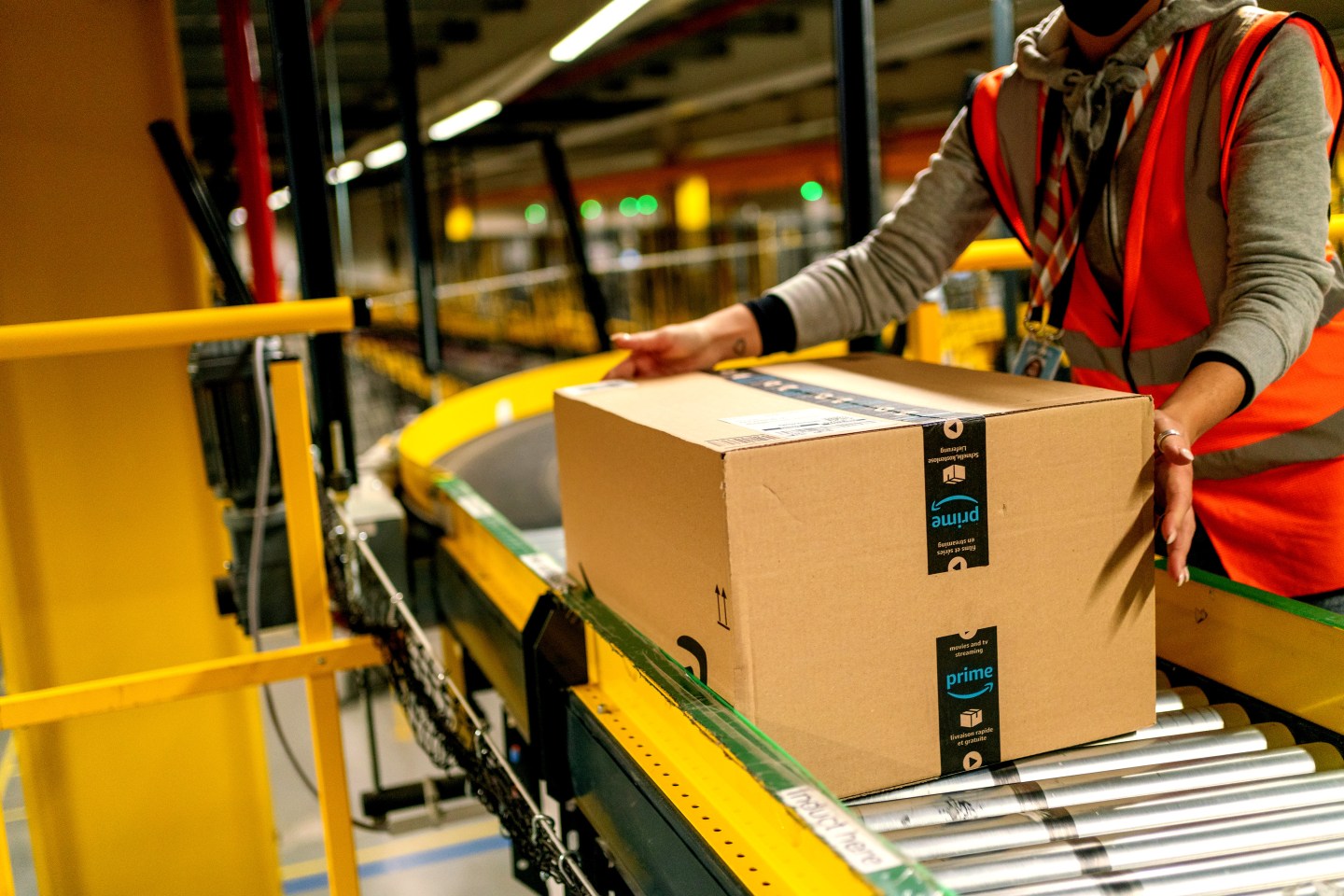 Earlier this week, leaders who tried to organize workers at an Amazon warehouse in Bessemer, Ala. filed complaints with the National Labor Relations Board. Ultimately, they’re hoping for an election redo after workers voted in opposition of the creation of a union.

But even if the union push fails, warehouse workers’ fight doesn’t have to end there. Labor experts recently told me that workers can still use their collective power to improve workplace conditions, pay, and benefits. One of the ways they can unite is by creating an internal organization without union representation that can pressure management by doing things like staging work stoppages or speaking publicly about poor workplace conditions.

As it turns out, there’s a group of Amazon warehouse workers that are doing just that. Amazonians United first started in Chicago in last year after workers came together to fight for access to clean drinking water during the summer. Since then, the group has expanded to cities including Sacramento and New York.

“We’re seeing ourselves as the agents of change,” Jonathan Bailey, an organizer with Amazonians United in New York, told me. “If anyone’s going to do anything, it’s going to be us that changes our conditions.”

And so far, Amazonians United has had several wins. For example, they pressured Amazon to give workers promised paid sick time that organizers say the company previously withheld. They also say they got paid time off for tens of thousands of part-time workers. And they say they were able to improve warehouse conditions by getting the company to install things like air conditioning and water stations and implement COVID-19 safety measures.

How? Mostly by organizing strikes around the issues.

But Amazonians United keeps most of their details—like whether they collect dues, how they communicate, and where they organize—secret to avoid being targeted by management.

Robert Bruno, director of labor studies at the University of Illinois at Urbana-Champagne, said “alt worker organizations” like Amazonians United are fairly well-developed in Chicago and are accomplishing a lot for workers’ rights. That said, they aren’t as powerful as majority unions.

“It helps workers at times, but it doesn’t create structural changes,” Bruno said. “The ultimate goal would be to have a union contract because then stuff isn’t as easy to take away.”

But Amazonians United say one of their main goals is to show workers that they have power, even at one of the biggest companies in the world. “You can win against Amazon,” Bailey said. “We already have, multiple times.”

Global carbon emissions fell in 2020 for the first time in decades due to the pandemic and the resulting economic slowdown. But emissions are now rising again. On today’s Brainstorm podcast, Michal Lev-Ram and Brian O’Keefe examine ways technology can help combat climate change. Andrew Beebe, a Managing Director with the early-stage venture firm Obvious Ventures, talks about the companies his firm is backing, from electric buses to flying cars. And JB Straubel, CEO and Founder of Redwood Materials, discusses recycling batteries for electric vehicles. The co-founder and former CTO of Tesla says battery recycling, as a relatively new field, is ripe for innovation. Listen to the podcast here.

Big Tech’s big threat. Big Tech critic Lina Khan may have secured herself a seat on Federal Trade Commission Wednesday after a confirmation hearing. Khan, an associate professor of law at Columbia University, has been outspoken about the harms of Big Tech companies and their monopolistic behaviors. On Wednesday, Khan suggested taking a more aggressive approach to Big Tech and seemingly gained the favor of both Democrats and some Republicans. If Khan is confirmed, the 32-year-old will be the youngest-ever commissioner at the FTC.

Securing users’ data. A new bill backed by both Republicans and Democrats aims to prohibit law enforcement from buying user data from data brokers and companies like Clearview AI, the facial recognition service that amassed billions of photos by scraping other services. The Fourth Amendment Is Not For Sale Act would require law enforcement agencies to first get a warrant before approaching data brokers things like location data. Eighteen senators from both sides of the aisle are sponsoring the bill.

Zoom envy. Google debuted several updates to its video conferencing tool Meet to make the service more user-friendly à la Zoom. Meet users will soon be able to hide, minimize, or reposition the box showing their own face during calls. They can also access all of the controls of the video call in one bar that will now be at the bottom of the screen. And Google separated the end call button from the camera and microphone button to make it harder for users to accidentally exit the video conference. It's still not Zoom, but it sounds like Meet is slowly getting better.

Amazon wants to read your palm. Amazon-owned grocery chain Whole Foods has rolled out a palm reader payment system at a location in Seattle with plans to expand elsewhere. The biometric payment systems called Amazon One allows shoppers to pay with nothing more than a wave from the palm of their hand. Amazon had previously rolled out the tech in their brick-and-mortar stores. Are you ready to pay with your palm?

In the fight against hate speech, violence, and racism on social media, Facebook often falls short. But Evelyn Douek, an affiliate at Harvard’s Berkman Klein Center for Internet and Society, recently wrote about how Facebook is able to limit the spread of problematic content in “emergency situations.” In a piece for The Atlantic, Douek raises some interesting questions: Does Facebook have a toxic-content dial? And if Facebook has this control, why does it only choose to turn up that dial in specific situations?

The article was in response to a statement Facebook released ahead of the verdict of the Derek Chauvin trial was announced. But it’s not the first time Facebook has announced plans to reduce the spread of harmful posts during particularly tense times—it did so during the 2020 U.S. presidential election and in places like Sri Lanka, Myanmar, and Ethiopia.

“The Chauvin trial may be a unique event, but racial tension and violence are clearly not. Content on social media leading to offline harm is not confined to Minneapolis or the U.S.; it is a global problem. Toxic online content is not an aberration, but a permanent feature of the internet. Platforms shouldn’t wait until the house is burning down to do something about it,” Douek writes.

What will ‘chapter 2 of the digital economy’ look like? Here’s what these finance execs think By Anne Sraders

Is the Bitcoin bull run over? By David Z. Morris and Robert Hackett

Mike Lindell, CEO of MyPillow and staunch supporter of former President Donald Trump, was all set to debut his new free speech social network this week. But after suffering from a series of technical issues, the service called Frank never got fully up and running. By Wednesday, it was offline with a message to visitors that it was “performing scheduled site maintenance.” The news spurred some brutal jokes and memes all aimed at faulty little Frank.

“RIP” tweeted a user named chance the gardener with an attached cartoon of Frank's headstone dated April 20, 2021 to April 21, 2021. The tweet elicited a response from a user named Union_Goon: “Gone too soon.”

And another user tweeted, "I'm kinda gettin' these vibes" alongside a gif of the logo for the now defunct web browser Netscape.

Is it fair to officially document Frank's time of death or should we standby for a resurrection?