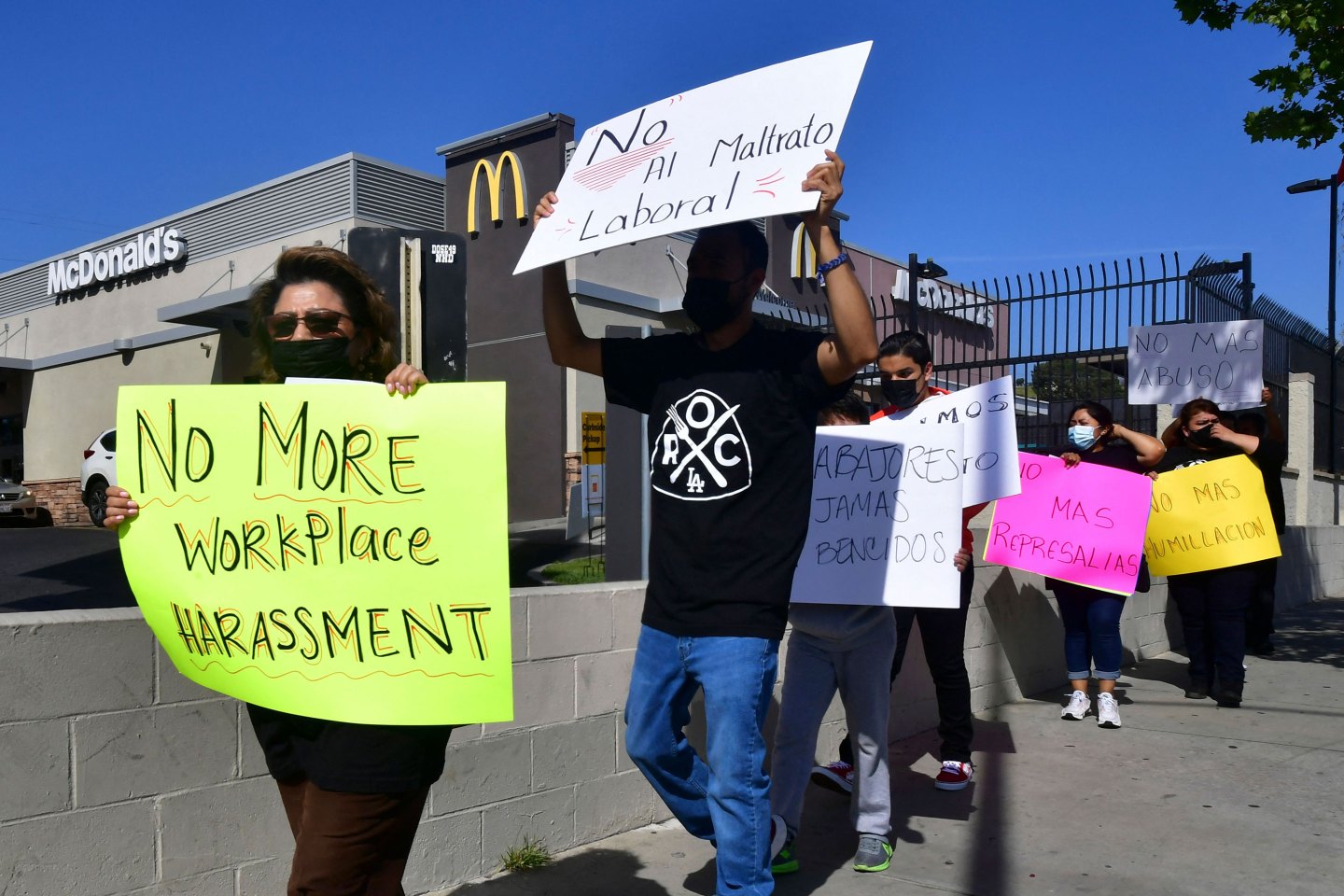 McDonald’s on Wednesday announced the rollout of new global standards focused on preventing harassment, discrimination, retaliation, and violence in its restaurants.

McDonald’s said all of its 39,000 restaurants—both company-owned and franchised—in more than 100 countries will be required to follow the standards, which, CEO Chris Kempczinski said in a company message, are designed to “reinforce a culture of safety and inclusion.” McDonald’s said it will start using the standards in its evaluation process of restaurants starting in January 2022.

“There can be no shortcuts when it comes to protecting all of the people who work under the Arches, as well as customers,” Kempczinski said in the message. “When we or our franchisees fall short, we must all have a system in place to address those shortfalls immediately.” Kempczinski also noted that, to the company’s knowledge, the standards are a “first for our industry.”

Subscribe to The Broadsheet, a daily brief for and about the world’s most powerful women, delivered free to your inbox.

The new standards will include retaliation, harassment, and anti-violence policies and trainings; annual crew and manager surveys; and a process for reporting complaints and concerns.

McDonald’s has been under fire for allegations of sexual harassment of workers in its restaurants, which have become a growing and more high-profile issue as groups such as the ACLU and Time’s Up Legal Defense Fund have provided legal support to plaintiffs.

In February, Kempczinski said in a public memo that the company was working on the new set of global brand standards after a CBS report detailed several claims by female employees of sexual harassment by their male coworkers at McDonald’s restaurants. In the memo, Kempczinski said sexual harassment has “no place in any McDonald’s restaurant” and that the company will ensure that “every allegation is fully and thoroughly investigated.”

Kempczinski has made reinforcing the company’s values one of his priorities since taking over as CEO in November 2019 after his predecessor, Steve Easterbrook, was fired for sexting with an employee. The company has since sued Easterbrook to claw back his compensation, alleging that it has found evidence that Easterbrook had sexual relationships with three employees in the year before his exit and was “knowingly untruthful with McDonald’s investigators.” Easterbrook’s lawyers have called the suit “meritless” and “misleading.”

The company is also facing several lawsuits from Black franchisees who have accused McDonald’s of racial discrimination. The company has disputed the allegations, calling the suits without merit, and has sought to have them dismissed.

As part of his efforts to change company culture, Kempczinski has hired a new global head of HR and a new global diversity, equity, and inclusion officer. He has also created the role of chief global impact officer. In February, the company released its demographic makeup and said that it would tie a piece of executives’ bonuses to hitting diversity targets.