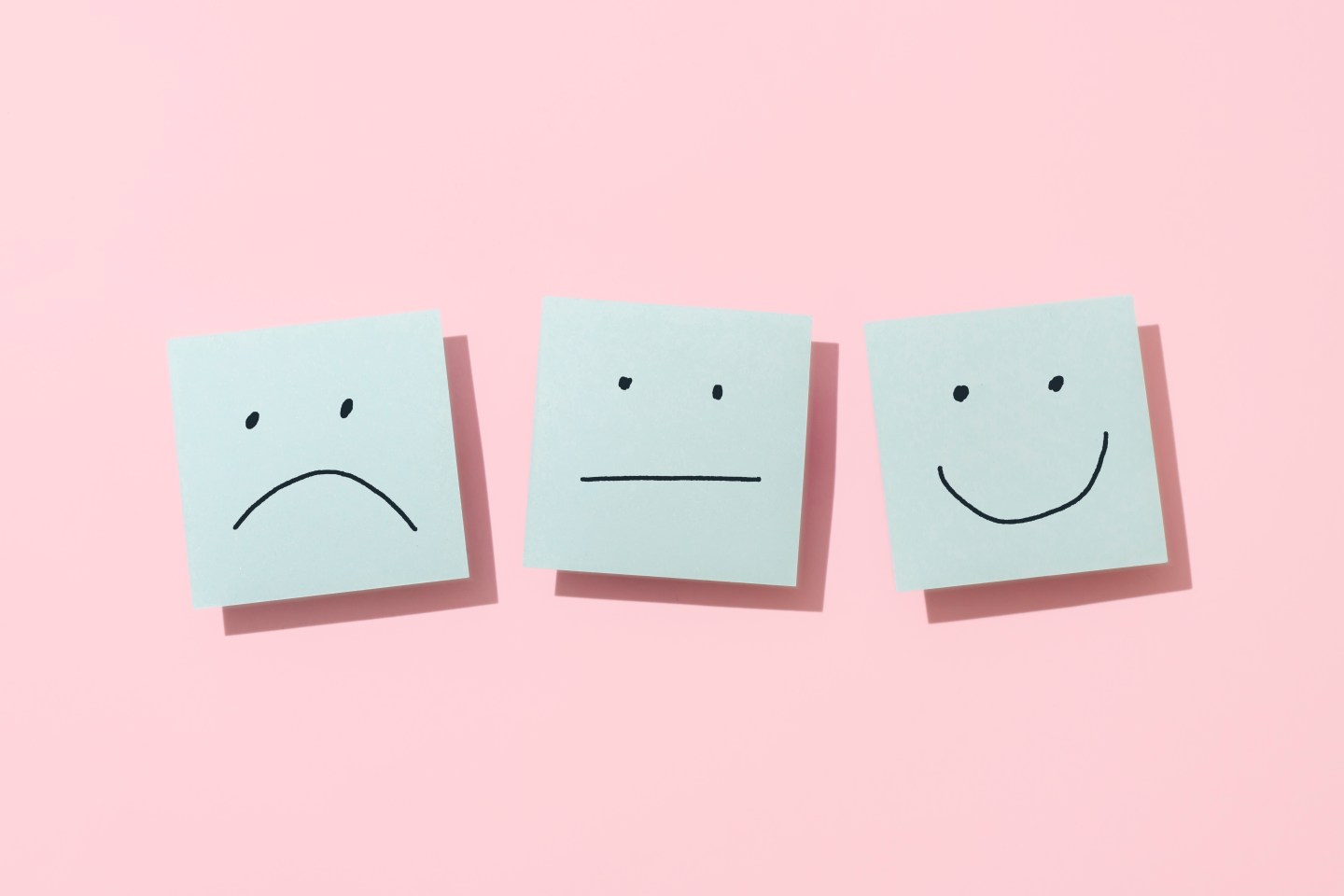 A sense of humor may be the most important thing you bring back to the office.
avier Zayas Photography

So three guys walk into the post-pandemic office—and promptly realize everything has changed.

Cubicles and offices have been replaced by collaboration spaces and meeting rooms.

Employees are split between telecommuters on screens and spaced-out, in-office workers.

Humor, which study after study has shown leads to deeper trust between leaders and workers, as well as greater job satisfaction, will likely be reimagined in the post-COVID workplace, too. But as we prepare for the Great Return, we’d be smart to think about what it looks like and how to make levity a central feature of a company’s culture.

“The workplace needs laughter,” Harvard Business Review declared in 2014. “Laughter relieves stress and boredom, boosts engagement and well-being, and spurs not only creativity and collaboration but also analytic precision and productivity.”

Nearly three-quarters of workers in an Indeed survey say they miss socializing in the office. That’s sidebar conversations and baby showers, sure, but it’s also banter and office pranks like the time my colleague Paul turned Eric’s workstation into an art installation of monitor arms and errant wires (with a sign saying Banksy had been there). And the cutting comebacks and one-liners, making the recipient wonder if you’re serious or joking—and that is precisely the point.

“I believe comedy is power. When you make people laugh, you make people listen,” said Lynn Harris, founder and CEO of Gold Comedy, an online platform for women and non-binary people who want to be funny. “It’s a way to punch at power.”

After a year of being democratized, thanks to Zoom calls and everybody’s kids and dogs being everywhere, the workplace can’t just return to old power dynamics.

“Even before the pandemic there was a trend, the trend more towards leadership being approachable,” Harris said. “I can’t see that changing that much after the pandemic. There’s only so much a ring light and a collared shirt can do.”

Indeed, the last year’s dependence on technology (along with many other factors) might have sucked some of the joy out of the workplace. Jennifer Aaker and Naomi Bagdonas together teach a course at Stanford Graduate School of Business on humor. They are also authors of the just-published book Humor, Seriously. I interviewed both by email and asked whether the last year has been less funny.

“The more technology mediated our communication becomes, the harder it is to bring our humanity and sense of humor to work,” they wrote. “We subconsciously adapt to our medium, and when we’re constantly communicating through technology, it’s easy to sound like a robot.”

Next week, Aaker and Bagdonas resume teaching the course “Humor: Serious Business” at Stanford’s Graduate School of Business. Students’ first icebreaker assignment is to pick a photo for their Zoom backdrop. Other lessons also lean into figuring out how to be funny in a pandemic.

Out: A CEO telling a clearly rehearsed joke to open up a meeting. In: Allowing meetings to open up with banter; unmute yourself when the dog’s barking. They relate an example of a business leader sharing his screen during an all-hands meeting and googling “things inspirational CEOs say in hard times.”

“Many people who have used humor to good effect in the past often equate humor with their style of humor. Like, ‘I just threw out a joke, it didn’t land, I think it would have two years ago, therefore the world is not funny anymore.’ The calculation is not that the world is humorless, per se,” Aaker said in an interview. “It’s that we need to better understand the diversity of humor styles that other people have, and better understand—through empathy more than anything else—how to better read a room and understand the dynamics of status. … We’re living in a time when empathy, inclusivity and authenticity are important for all leaders. Humor is actually a secret weapon that can serve them well.”

Humor is becoming an ever-important part of Afshan Hussain’s toolkit. She is senior vice president for client services at Fishawack Health Group, and rattles off the ways she infuses her leadership style with humor: She writes and performs song parodies for her team to celebrate milestones, and hosted a roast for someone transitioning to a new role, all because, she said, “Happy people make productive teams.”