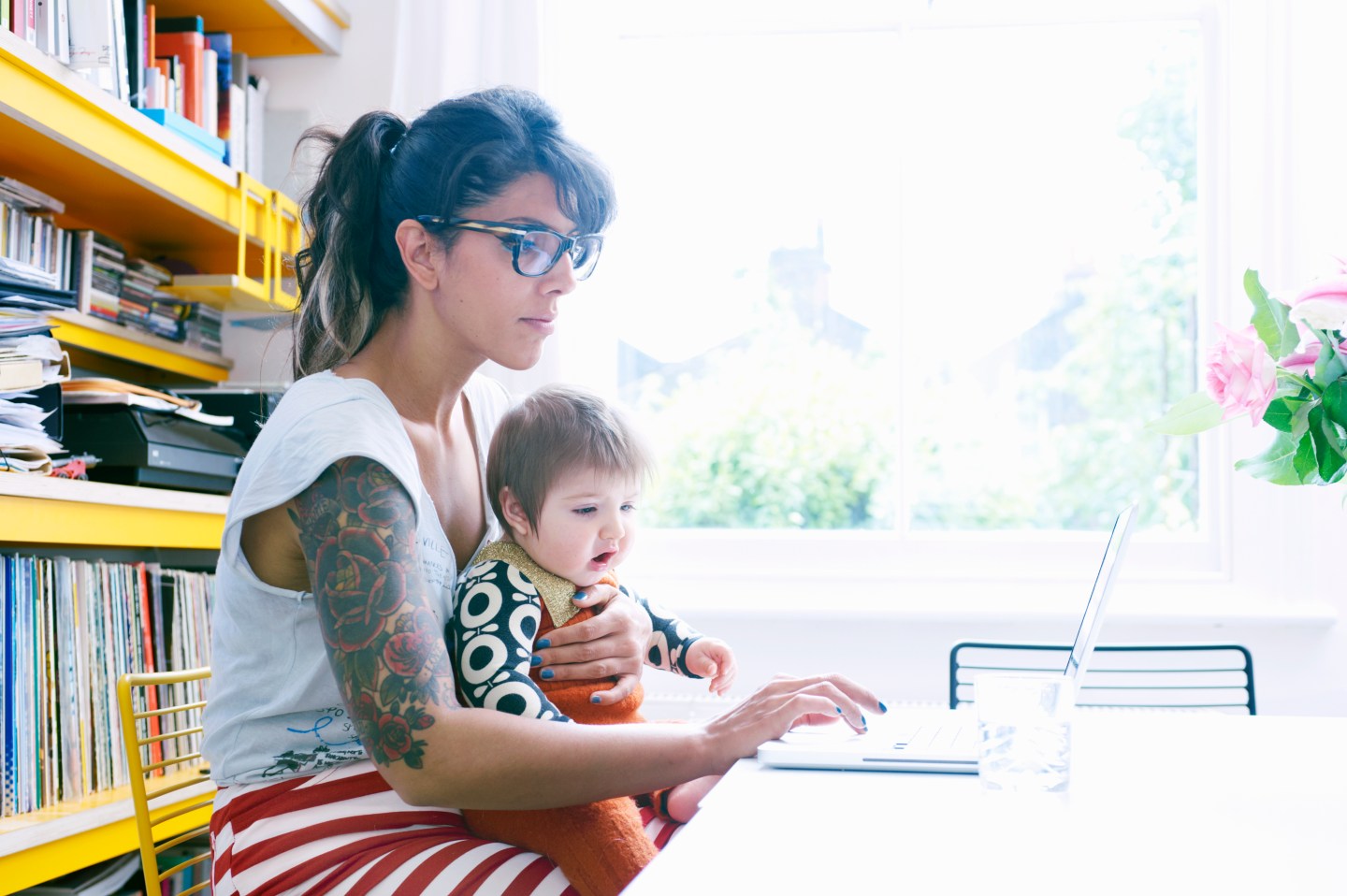 Too often, the authors write, public policy “privileges ‘traditional’ married two-parent families at the expense of all other varieties.”
Getty Images

Last month, Sen. Mitt Romney introduced the Family Security Act, which would provide direct monthly payments to almost all parents. While many on the left cheered Romney’s embrace of cash allowances for working families, some specifics raised serious concerns. Most glaringly, the plan is financed by eliminating what little of “welfare” remains, in the form of Temporary Assistance for Needy Families (TANF), along with reforming eligibility and reducing spending on other safety net programs.

What no one seems to be concerned about is the plan’s stated “benefit” of “promoting marriage.” To some degree that’s understandable. Unlike the more than $1 billion that has been spent in failed TANF-funded marriage promotion efforts that did nothing to budge marriage rates or reduce poverty, Romney’s efforts to incentivize marriage are more subtle and innocuous.

In his proposal, promoting marriage seems to hinge on eliminating so-called marriage penalties and phasing out the Head of Household tax filer status. His proposal would get more money into the hands of more parents on a more regular basis, but it has also been engineered to ensure that married working-class parents are the biggest winners, while single working-class parents are the smallest beneficiaries, in absolute dollars. There are also some problematic gaps: Unlike most parents who would benefit, a single mother of one child over the age of 5 would actually take home $1,420 less annually under the Romney plan than they currently do.

On balance, none of this may seem like a huge problem. But there are important reasons to be skeptical of any policies that incentivize one family structure over others—even when they take the marriage promotion–light form of the Family Security Act. By attempting to make marriage and childbearing more lucrative than staying single, Sen. Romney joins a long line of politicians, Republican and Democrat alike, who seem to fundamentally misunderstand how marriage functions in the real world.

Specifically, the relationship between economic stability and family stability cannot be reverse engineered. Affluence and economic stability do make one more likely to get and stay married. But the inverse statement—that marrying will make one more economically stable—doesn’t hold up. To claim, “‘We wouldn’t need anti-poverty programs if everyone got married’…is like saying, ‘We wouldn’t need bridges if everyone got a boat,’” as historian and family scientist Stephanie Coontz once put it.

Marriage, in fact, is a very risky proposition for some: Single mothers who marry and later divorce are actually worse off economically than single mothers who never marry. And whether or not one marries is dependent on a host of factors, many of which are beyond an individual’s control. Not everybody wants to get married, but even among the majority who do, there’s no guarantee of finding a spouse. Married life is great for some, but it is neither a liberatory tool nor one that everybody has interest in or, as important, access to.

For decades, policymakers have bought into an ideology we call “marriage fundamentalism,” which privileges “traditional” married two-parent families at the expense of all other varieties. Under this ideology, the failure to prosper economically is wrongly viewed as a personal failing—and often owing to a lack of virtue stemming from the decision to have children outside marriage. In its heyday, the George W. Bush administration invested more than $1 billion in promoting marriage, but it never worked. The money continues to flow, even today, albeit in smaller quantities. Even in recent years, the only thing prominent liberal and conservative think tanks could agree on was that marriage was an important tool in reducing poverty, a causal claim that’s been continually recycled despite being thoroughly debunked.

Equally concerning is the racism and sexism that have been defining features of marriage promotion policies since their inception, particularly the stigmatization and shaming of Black single mothers. Of all the reasons Black women are less likely than their counterparts to be married, failure to value marriage is not one of them. As Dianne M. Stewart lays out in Black Women, Black Love, her book about America’s war on African American love and marriage, 400 years of racist, patriarchal laws and policies are responsible for that gap, perhaps none more so than the modern-day prison industrial complex which has removed Black men from the pool of potential partners en masse. We often treat unmarried motherhood as an individual moral problem, when in fact it’s a result of structural forces that have plagued Black love and marriage for centuries.

The time has come to reject “promoting marriage,” in all forms, even when it is just used as coded language to gin up the base. Just as conservatives’ platitudes about “family values” bear little resemblance to their real-life behaviors or policy positions, “promoting marriage” is not about respecting the value of the institution so much as an antagonistic response to a welfare queen boogeyman—one that is egregiously deployed in order to maintain the private family as the primary source of economic security.

It is a sign of progress that Sen. Romney is finally acknowledging increased public interest in supporting vulnerable families. Indeed, we should applaud the desire to support family economic stability, for such stability is linked to a host of better outcomes for adults and children alike. But at the moment in which an alternative economic approach—one that views government as a force for ensuring universal access to the necessities of a decent life—is gaining strength, we must reject efforts to take us back to the days of the often bipartisan, soft bigotry that unfairly privileges some families over others. Until we stop viewing American social policy as a mechanism for enforcing an archaic vision of family morality, we will never be able to build the kind of inclusive economy—one that promotes human dignity and advances shared prosperity—that this moment demands.

Nicole Rodgers is the founder and executive director of Family Story, an organization working to dismantle family privilege in America and create cultural and political strategies to advance equity for all. Julie Kohler is an advisory board member of Family Story, a progressive strategist, and the cocreator and host of the Wonder Media Network podcast White Picket Fence.