One of America’s biggest pension funds is backing a bolder climate policy. Other investors should get on board 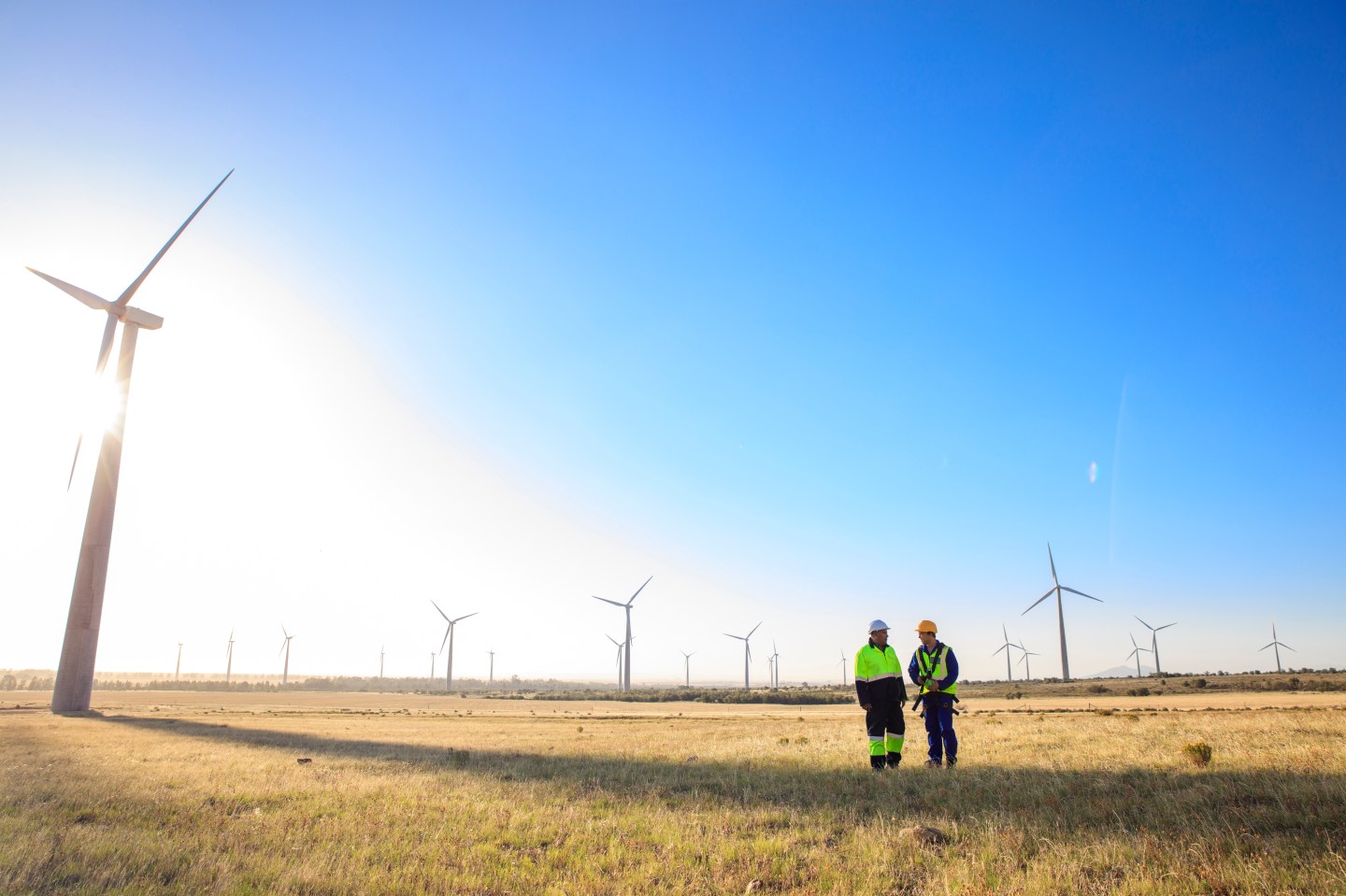 For investors, the authors write, “Being out in front on the coming climate opportunities, while hedging against now undeniable climate risks and impacts, will carry its own reward.”
Getty Images

After a year of intense weather events and increasing signs of damage to global ecosystems, the early months of 2021 have thankfully set a more optimistic tone. The Biden-Harris administration signals a new direction for the world’s largest economy, along with a welcome recommitment to international leadership and multilateral cooperation to address climate change. Finally, the days of ignoring the science are nearly behind us.

Now, with government moving, the world’s largest investors (some of whom have been in a holding pattern in recent years) will need to move as well—and swiftly. The need for urgent climate policy is no longer contested, so now attention must turn to urgently accelerating the pace of the transformation.

Long-term investors require continued economic growth. Study after study has found that such growth will come from investing in climate solutions, not from continuing to focus on fossil fuel infrastructure that is destined to be written off as stranded assets.

A paper recently published by the United Nations–supported Principles for Responsible Investment (PRI), whose 748 U.S. signatories include the country’s second-largest pension fund, the California State Teachers’ Retirement System (CalSTRS), forcefully calls on American leaders to set a national goal of achieving net-zero greenhouse gas emissions by 2050. It encourages the government to neutralize power sector emissions by 2035 and to ban the sale of internal combustion engine light-duty vehicles by 2035 and trucks by 2045. These are not revolutionary or unattainable commitments but rather reflect both the latest scientific evidence and the long-term vision of the Paris Accord.

Ultimately, the goal is to facilitate an orderly transition to net-zero greenhouse gas emissions, with law and regulation, driven by market forces, providing guidance for investors. A transition that makes the most of America’s trio of strengths: opportunity, technology, and innovation. A transition that will foster new industries and new jobs and lead to more equitable, sustainable growth and prosperity for the world’s largest economy.

Long-term investors are, however, becoming increasingly concerned that delays and diversions on the path to decarbonization around the world instead threaten a disorderly transition.

In the PRI-commissioned Inevitable Policy Response (IPR), a set of forecasts by economists and policy experts predicts that governments will be forced to act more decisively as climate impacts worsen and the urgency to respond becomes undeniable. IPR finds that such a reaction is not properly priced into today’s markets, leaving investor portfolios exposed to significant impacts on the value of existing high-carbon assets from forceful climate-related policies alongside risks from increasing climate changes. The longer the delay, the more disorderly, disruptive, and abrupt this policy response is likely to be. This scenario will have real impacts across the investment chain, as it will negatively affect the long-term value creation that sits at the core of pension fund investment directions.

It is promising to see investors speaking up and weighing in on policy matters in ways that would have seemed unthinkable just a few years ago. CalSTRS, for example, supports local and international initiatives to decarbonize the economy, domestically through California Gov. Gavin Newsom’s recently announced Climate Investment Framework and at an international level via the U.N.’s Sustainable Development Goals.

CalSTRS is expanding its low-carbon investment strategies across asset classes and pushing companies in its investment portfolio, including some of the world’s largest greenhouse gas emitters, to set net-zero emissions targets. While these actions are prudent and meaningful, to make them even more effective we also need the weight of policy behind them, providing more certainty for its members’ retirement security.

Looking forward, the Biden-Harris administration will provide new impetus for action to mitigate climate change at the regulatory level. In the meantime, however, U.S. investors should not waste another minute. Leading on climate and looking to members’ interests in the decade ahead will require more than waiting for the political process. Momentum and action can and must run in parallel across the private and public sectors. Being out in front on the coming climate opportunities, while hedging against now undeniable climate risks and impacts, will carry its own reward. There is plenty of incentive to turn optimism into action in the year and decade ahead.

It is in the interest of long-term investors not just to anticipate the dislocations and value destruction that may come as a result of continued delay on decarbonization, but also to communicate the urgency, attractiveness, and profitability of ambitious climate policy to ensure stable returns far into the future.

Policymakers can rest assured that investors do not care whether such policy is packaged for political purposes as a “European Green Deal” on the road to COVID-19 recovery, a “Five-Year Plan” to implement a President’s high-level target, or a “Biden plan” that threads the needle between pragmatic realism and ambitious vision. The important thing is that policymakers start moving and moving fast.

For a growing number of leading investors, ambitious climate policy is now the name of the game.

Fiona Reynolds is the CEO of Principles for Responsible Investment. Sharon Hendricks is vice chair of CalSTRS and a PRI board member.