Does Robinhood deserve the same amount of capital as all women-led businesses combined? 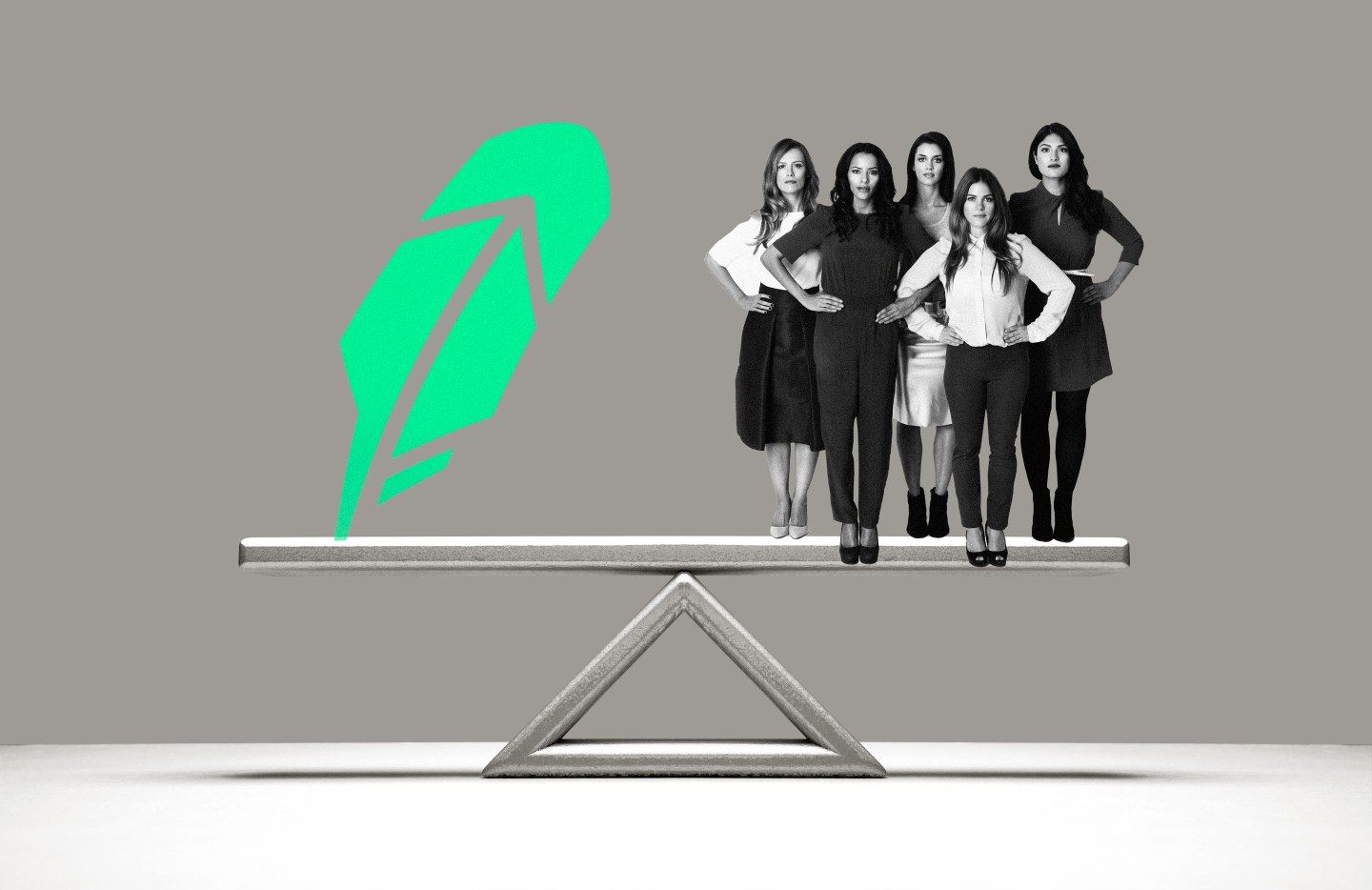 In five days, Robinhood raised as much as all female-founded businesses had in 2020. Jo Ann Corkran, Loretta McCarthy, and Peggy Wallace explore why VCs continue to ignore women.
Photo Illustration by Fortune; Original Photos: Getty Images (3)

In five days, Robinhood raised about as much money as a year’s worth of venture capital investment into all women-founded businesses in the U.S. The stock trading company, recently embroiled in Wall Street drama between Reddit traders and short-sellers, raised $3.4 billion between Jan. 28 and Feb. 1, according to PitchBook.

So, in less than one week in the first month of 2021, one company raised approximately what all women will likely raise in 2021. Admittedly, there are unique circumstances fueling this investment, but this isn’t the first time we’ve seen such lopsided investing. In 2019, WeWork raised more capital than all female-led startups—all to fail spectacularly.

It’s not just a nice sentiment. Underfunding women is leaving at least $3 trillion out of the global economy, with one recent Harvard Business Review study suggesting it could add as much as $5 trillion to global GDP. Yet VC funding for women—and particularly for women of color—continues to be pitifully low.

Women are creating innovative companies at unprecedented rates. They have the education and skills to build prosperous companies, just like the great entrepreneurs who have preceded them.

Women are at the forefront of many market trends, but struggle for the capital. Just look at Robin Chase of Zipcar, widely considered the first company in the shared economy, and Amy Norman of Little Passports, which has been influential in shaping the subscription box business. Look at the remarkable women in technology and health care, such as Anne Wojcicki and Linda Avey of 23andMe, Julia Hu of Lark, and Christina Lampe-Önnerud of Cadenza Innovation. And Julie Wainwright of the RealReal changed the paradigm for consignment retail. (Golden Seeds has investments in Little Passports and Cadenza Innovation.)

Since 90% of VC decision-makers are men, who, in turn, invest 86% of their capital in all-male teams, our burning question is this: What must happen for this to change? And—perhaps more importantly—what’s standing in the way?

First, we must look at access to capital. Only 20 women have ever led an IPO. Ever. Women have been excluded from the headwaters of capital, specifically venture capital, leaving angel capital (and a few workarounds that do very little) as essentially the only path to funding. As angel investors focused on women-led businesses, Golden Seeds has skin the game, of course, but that doesn’t change the facts.

In the U.S., angels invest about $24 billion each year. Women-led companies are now 19% of startups funded by angels—a big improvement over 2004 when they were just 3%.

But that growth belies other challenges. For example, in 2019, men who applied for startup funding had a 60% higher likelihood of being funded than women did. Thirty-four percent of all companies that sought angel funding were women-led, but were only 19% of those who received funding.

This means even the best path to capital for women has its own inherent biases, even if they are nuanced.

At least with angel investing, entrepreneurs have access to their angels’ networks and expertise, with investors often serving on startup boards. This is critical. With some funding workarounds—things like crowdsourcing and revenue-based loans—women don’t typically have mentorship or investors to serve on their boards.

This is a joke. Women need access to real capital and the networks and expertise that accompany it.

Part of the solution is knowing where to look. There is a large, deep, and experienced ecosystem ready to capitalize on this opportunity. Aside from us, it includes Astia, BELLE Impact Fund, and Halogen Ventures. Then there are groups like All Raise and Beyond the Billion that are supporting the development of women entrepreneurs, aiming to help close the funding chasm.

VCs can join this incredible ecosystem to seek out amazing women entrepreneurs. Perhaps VCs can carve out a percentage of investment dollars and simply invest in this ecosystem. We’re not asking for a favor. It’s a $3 trillion to $5 trillion opportunity.

It’s not just women. There are talented and underfunded BIPOC entrepreneurs that VCs won’t find in their established networks. To this point, entrepreneur Joseph Heller recently penned a thoughtful piece calling equal access to capital for women and minorities the final civil rights movement.

Ironically, VCs—known to fund men in disruptive industries over and over with countless failures—also seem apprehensive about exploring new markets being led by women. The $3 billion fem-tech industry is expected to reach $60 billion by 2027.

Lastly, the VC architecture has to change. More women need to join the ranks of the decision-makers. We know this will lead to more women being seriously considered for funding and, ultimately, funded.

Today’s funding inequalities are setting up the next 25 years of great companies.

Some of the biggest companies in the S&P 500—Alphabet, Amazon, Apple, and Facebook—were all started by men, with angel investments, and then went on to get far greater capital. Combined, these companies now represent 25% of the capital value of the entire S&P 500.

This illustrates the critical role of both early-stage and later-stage capital. And it shines a light on the need to identify, fund, and nurture innovations (by both women and men) in large numbers so that great companies can emerge.

This capital determines who will be the leaders and who will sit on the boards of the future.

We know the likes of Sequoia Fund, Andreessen Horowitz, and Index Ventures are capable of putting billions into a company like Robinhood in days. We know the power they hold to allocate capital and anoint winners. If they would commit to investing five times—or even 10 times—that amount in women this year, we know they will find spectacular investment opportunities.

Come on guys, this isn’t complicated.