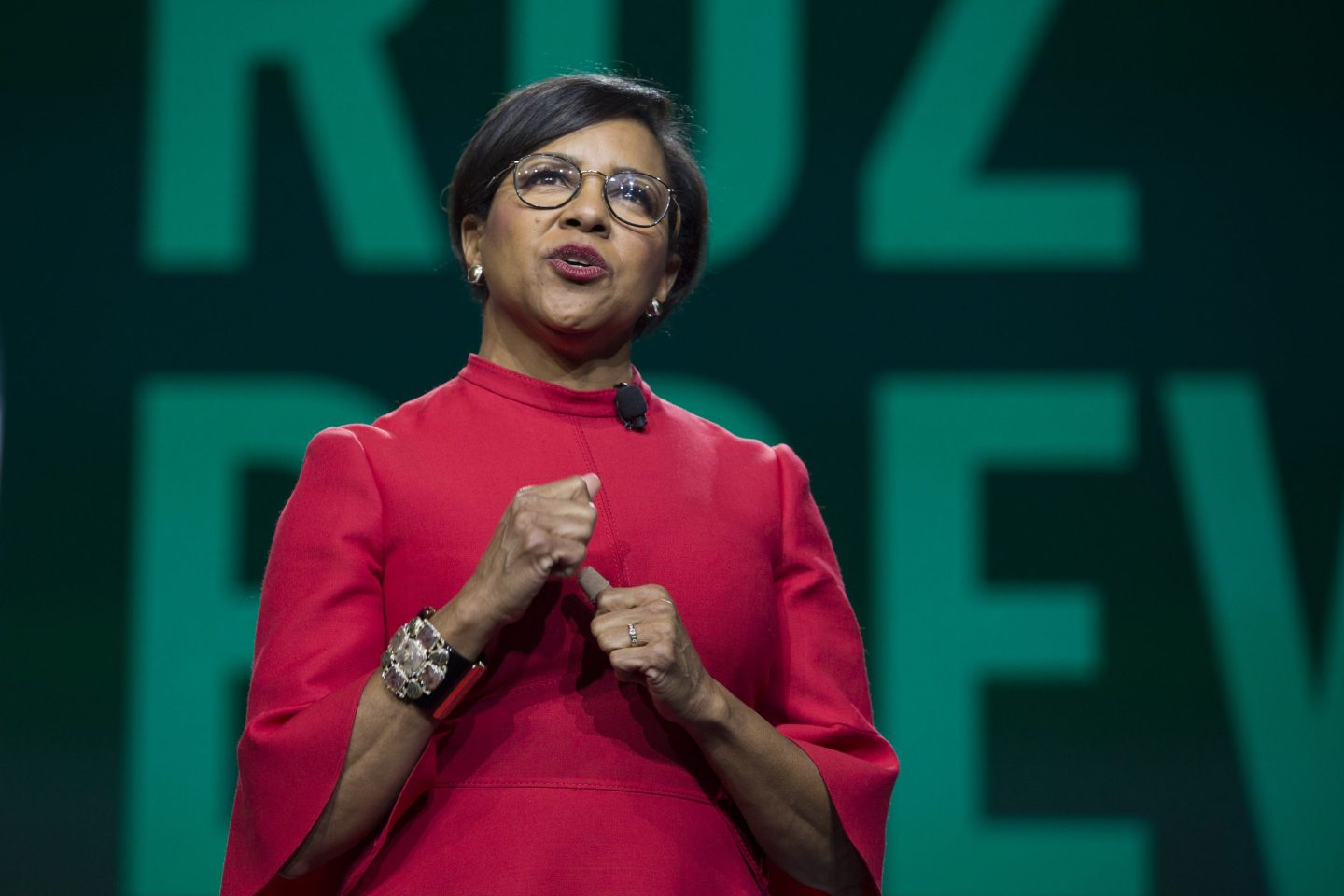 This morning’s essay is courtesy of Fortune’s Beth Kowitt:

– How to succeed. Roz Brewer, the incoming CEO of Walgreens Boots Alliance, ended up at Spelman College almost by a fluke. Brewer’s guidance counselor at her Detroit high school was a graduate of the historically Black women’s college in Atlanta and thought Brewer would thrive there.

The guidance counselor was right. Those four years changed Brewer’s life. She graduated from Spelman with a newfound sense of confidence and a penchant for always questioning the status quo—traits that have served her well as she’s worked her way up to the highest levels of corporate America. On March 15, when she steps into the CEO job at Walgreens, she will be only the third Black woman in history to run a Fortune 500 company.

Brewer told me in late January that “a constant change agent is just who we are when we finish at an HBCU”—a historically Black college or university.

I spoke with Brewer as part of a story on HBCUs that examined how these institutions are in the national spotlight more than ever as their graduates—and especially female graduates—reach new heights in their professional careers. In addition to Brewer, the list includes Vice President Kamala Harris (Howard), Fair Fight founder Stacey Abrams (Spelman), and Atlanta mayor Keisha Lance Bottoms (Florida A&M), just to name a few.

As Melanye Price, a professor of political science at Prairie View A&M University recently wrote in an essay for Elle, “One of the most important political stories of 2020 is how Black women who graduated from Black colleges are changing everyone’s understanding of innovative political leadership.”

The HBCU alumnae I spoke with described how their alma maters had prepared them for life after college. It was not only the academic rigor that they said had served them well. Many said that their college experiences were the only time in their lives when they felt like their success was purely about their abilities and nothing else. They did not have to prove to anyone that they deserved to be there. They were expected to succeed and do well. And those four years at an HBCU gave them a reprieve from the “exhaust factor” that they said arises with having to often be the spokeswoman for everything Black.

One of the things that stuck with me the most came from Nadrea Njoku, a senior research associate at the United Negro College Fund’s Frederick D. Patterson Research Institute. She told me that in order to constantly face systemic racism, “you have to have a sense of joy. You have to have a sense of self.” Those are traits, she says, that HBCUs are expert at manufacturing.

Members of the HBCU community have always known how central these institutions are to creating leaders. It seems that the rest of the country is finally waking up to it. As Price writes, “In a moment where we are renegotiating the meaning of race in our society, HBCU graduates, particularly Black women, have emerged with the answers and as the answers.”

- Information decision. Yesterday, Supreme Court Justice Amy Coney Barrett wrote her first majority opinion since joining the court. In the 7-2 decision, she argues in favor of an exception to the disclosures federal agencies are required to make through the Freedom of Information Act. CNN

- Pricey papaya. There's a new female-founded unicorn after Papaya Global, an Israeli cloud-based payroll and hiring startup, raised $100 million at a valuation above $1 billion. CEO Eynat Guez says that the company has seen "changing attitudes" towards its service throughout the pandemic, with more companies realizing the complexities of payroll. TechCrunch

- Not quite equal. The disproportionate job losses between men and women have evened out over the past several months, but that's not necessarily a cause for celebration. Childcare responsibilities are still just as burdensome as they were when women were shedding jobs, and women are now returning to paid work still responsible for those family needs. New York Times

- The cost of failure. If U.S. businesses and political leaders had taken action on workplace diversity and inclusion 30 years ago, the economy would have gained $70 trillion over those decades, according to a Bank of America report. That number comes in part from findings that companies with above-median gender diversity on their boards report a 15% higher return on equity, while racially diversified workforces often show an 8% higher return. Bloomberg

- The pandemic's toll. For a collection of stories about how the past year has affected women, check out this Time package. These pieces cover everything from mothers suing their former employers over being fired while taking on pandemic childcare duties to women tackling a hunger crisis. Time

- Mask up. Retailers—including Kohl's, led by CEO Michelle Gass—responded to Texas Gov. Greg Abbott's decision to lift the state's mask mandate. "We will continue to follow CDC [Centers for Disease Control and Prevention] guidelines as it relates to COVID-19," a Kohl's spokesperson said. Fortune

- Baby bust. Two economists in this piece argue that the U.S. will see 300,000 fewer births than usual this year, which has long-term implications for everything from funding Social Security to the loneliness epidemic. New York Times

The cost of miscarriage is high—not just emotionally, but financially Health

In Myanmar’s protests, women are on the front lines New York Times

"You can’t fix the things in your past, but you can change that for other people."

-Lindsey Boylan, former New York deputy secretary for economic development and housing, on why she decided to speak out about her time working for Gov. Andrew Cuomo, during which she says he sexually harassed her. Cuomo has said he never inappropriately touched or propositioned anyone and "never intended to offend anyone or cause any harm."