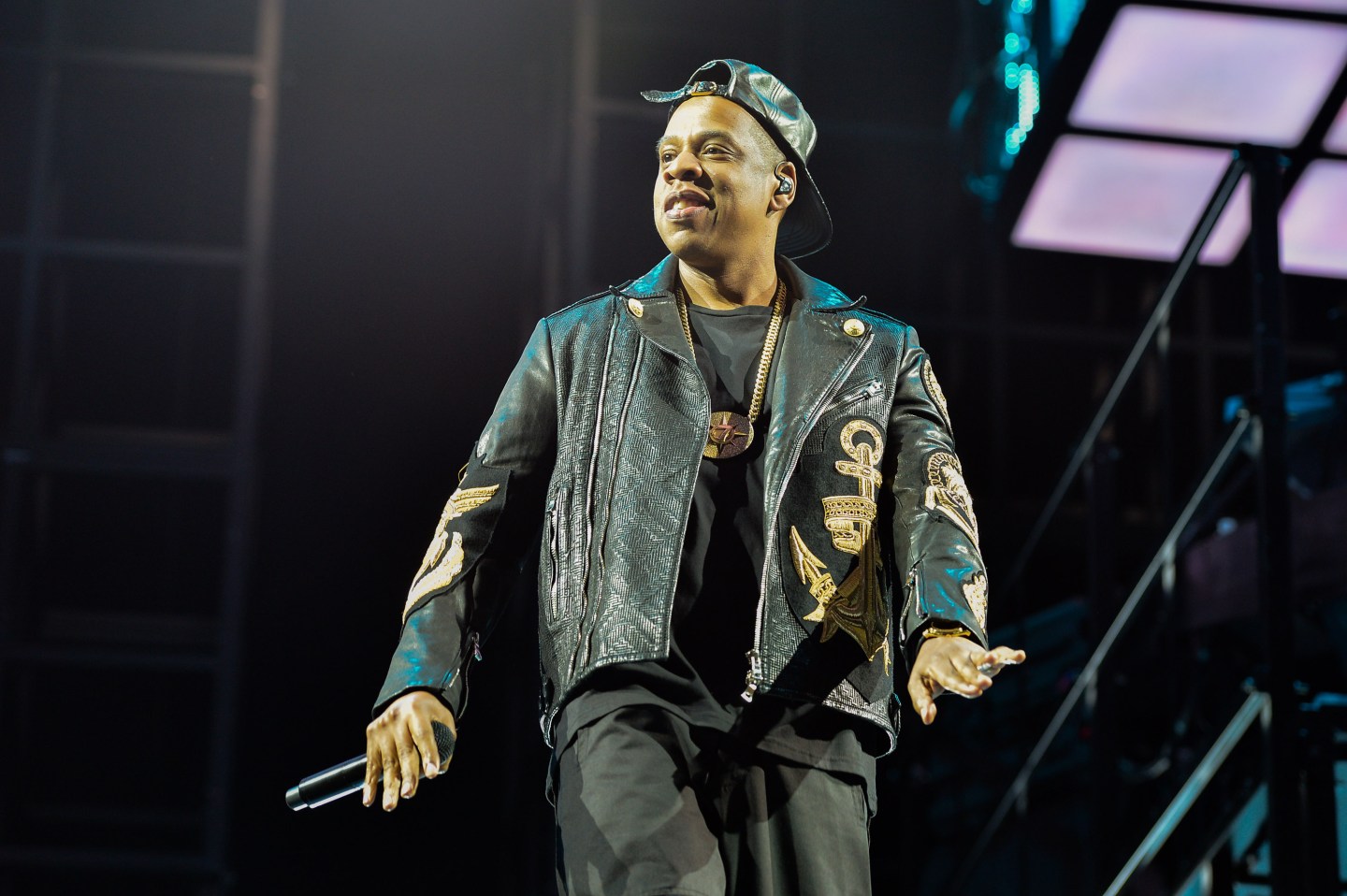 Here’s what I’m talking about: Square, the payments company founded by Twitter CEO Jack Dorsey, will acquire a majority stake in Tidal, the audio streaming service founded by musician Jay-Z, for about $297 million in cash and stock, the companies announced early Thursday.

Tidal will remain a separate part of Square, while Jay-Z will join Square’s board. Existing artist shareholders in the Tidal business will remain stakeholders.

At first glance, it may seem a little bizarre: Square is a fintech that just launched its own bank while Tidal is a subscription-based streaming service focused on high-quality audio. The so-called synergies aren’t immediately obvious.

But everything is fintech now. And many investors are seeing an opportunity in companies that service the so-called creator economy, a class of individuals including artists, singers, and influencers that are trying to cut out expensive middlemen and brokers, effectively going it alone. It’s not just about the YouTube or TikTok creators: Prominent musicians such as Taylor Swift have been very public about their criticisms of music labels holding ownership of their works. The discontent has led to the creation of startups such as Stem, a nascent company that offers financing to musicians without taking ownership of their songs.

While Square was scant on the exact details of what fintech services it could offer musicians, executives pointed to the similarities between the needs of small businesses and artists—for example, selling tickets, per Tidal’s interim head Jesse Dorogusker, a longtime Square executive, to Bloomberg.

“It comes down to one simple idea: finding new ways for artists to support their work,”Jack Dorsey, cofounder and CEO of Square, said in a statement.

So in theory, the tie-up makes sense. But execution will be a different story. And Tidal itself has not cruised on the calmest of waters in the past: It’s lagged behind in the brutal streaming wars between players including Apple, Amazon, and Spotify. Norweigian authorities have also opened an investigation into allegedly false streaming numbers on the platform.

So yes, Tidal’s streaming continues—but the intention behind the deal is to really focus on creating new services for artists, not just for the big-name headliners, but also for emerging names.

The deal marks a busy start to 2021 for Jay-Z, who is friends with Jack Dorsey. The duo partnered on a bitcoin endowment in February. A few weeks back, the rapper also sold 50% of his champagne business, Armand de Brignac, to luxury conglomerate LVMH. While the terms of that particular deal was not disclosed, the numbers of the Tidal tie-up are more clear: Jay-Z acquired the music-streaming service in 2015 for about $56 million along with other artists.

MEGA DEAL ALERT 🚨: San Francisco-based Identity management company Okta announced plans to acquire another business in the space, Auth0, for $6.5 billion. It’s a massive bet: The valuation of the stock transaction represents nearly 22% of Okta’s valuation. While an IPO was an option for Auth0, says board member and Partner at Bessemer Venture Partners David Cowan, the duo ultimately decided the companies were better off together.

While both focus on identity management (think the numerous login pages for your company and apps), Okta focuses on managing authentication for third-party software (think Concur or Salesforce), while Auth0 focuses on software and applications written within an organization itself, Cowan explained.

Bessemer, which plans to hold onto Okta stock per Cowan, has invested a total of $93.7 million in Auth0 since the company’s seed round. That stake is now worth over $1 billion.

- DispatchHealth, a Denver-based provider of in-home medical care, raised $200 million in Series D funding. Tiger Global led the round valuing it at over $1.7 billion.

- Papaya Global, a Tel Aviv-based workforce management platform,  raised $100 million in  Series C funding, valuing it above $1 billion. GreenOaks Capital Partners led the round and was joined by investors including IVP Ventures and Alkeon Capital.

- Snapcommerce, a Toronto-based message-driven mobile commerce platform focused on promotions via mobile, raised $85 million. Inovia Capital and Lion Capital led the round and was joined by investors including Acrew DCF, Thayer Ventures and Full In Partners, and included existing investors Telstra Ventures and Bee Partners.

- Xendit, an Indonesia-based digital payments infrastructure company for Southeast Asia, raised US$64.6 million in Series B funding. Accel led the round and was joined by investors including YCombinator.

- Seebo, Tel Aviv-based maker of quality prediction software for manufacturers, raised $24 million in Series B financing. Vertex Ventures led the round and was joined by investors including 10D, The Phoenix, and Leumi Partners.

- FutureFuel.io, a New York-based student debt focused fintech, raised $10 million in what it calls Series A1 funding. UBS led the round and was joined by investors including Fiserv, Aflac Ventures, and Salesforce Ventures.

- VEIR, a Boston-based business focused on high temperature superconductors for electricity transmission, raised $10 million in Series A funding. Breakthrough Energy Ventures led the round and was joined by investors including Congruent Ventures and The Engine.

- CourseKey, a San Diego-based attendance and engagement tool for academia, raised $9 million in Series B funding. SignalFire led the round.

- TechsoMed, an Israel-based developer of tissue damage imaging technology, raised $7 million in Series B funding. Axil Capital led the round and was joined by investors including Yongjin Capital, Cobro Ventures, Magna Capital Partners, and Radianx Capital, along with Johnson & Johnson Innovation and NextLeap Ventures.]

- Ecomedes, a San Francisco, Calif.-based product developer tools in the cloud, raised $3.3 million in seed funding. M12 led the round and was joined by investors including NOVA by Saint-Gobain, PivotNorth, Mission Innovations Network, and AM Ventures.

- Permira has reportedly made a takeover bid for LivaNova, a U.S.-listed medical device maker, per the Financial Times. Read more.

- Aon’s $30 billion bid for Willis Towers Watson, a deal that would create the world’s largest insurance broker, is facing objections from the E.U.’s antitrust watchdog, per Reuters. Read more.

- Takeda Pharmaceutical plans to acquire the global rights of Soticlestat, a experimental drug being developed to treat epilepsy, for as much as $856 million from Ovid Therapeutics.

- Hayward Holdings, a Berkeley Heights, N.J.-based provider of pool equipment and systems, now plans to raise $725 million in an offering of 40.3 million shares (45% insider) priced between $17 to $19. CCMP backs the firm. Read more.

- InnovAge Holding, a Denver, Colo.-based provider of healthcare delivery to eligible seniors, now plans to raise $342 million in an offering of 16.7 million shares priced between $20 to $21. Read more.

- Lilium, a German startup with an electric vertical takeoff and landing air taxi, is in talks to go public via merger with Qell Acquisition, a SPAC, per Bloomberg. A deal could value the entity at $2 billion. Read more.

- 1.12 Acquisition, a SPAC formed by Bridgeport Partners targeting financials and tech, filed to raise up to $350 million.

- TCG Growth Opportunities, a blank check company formed by The Chernin Group, filed to raise up to $250 million.

- Anghami, a music streaming company serving the Middle East and North Africa, will go public via merger with Vistas Media Acquisition Company, a SPAC. The deal values the duo at $220 million.