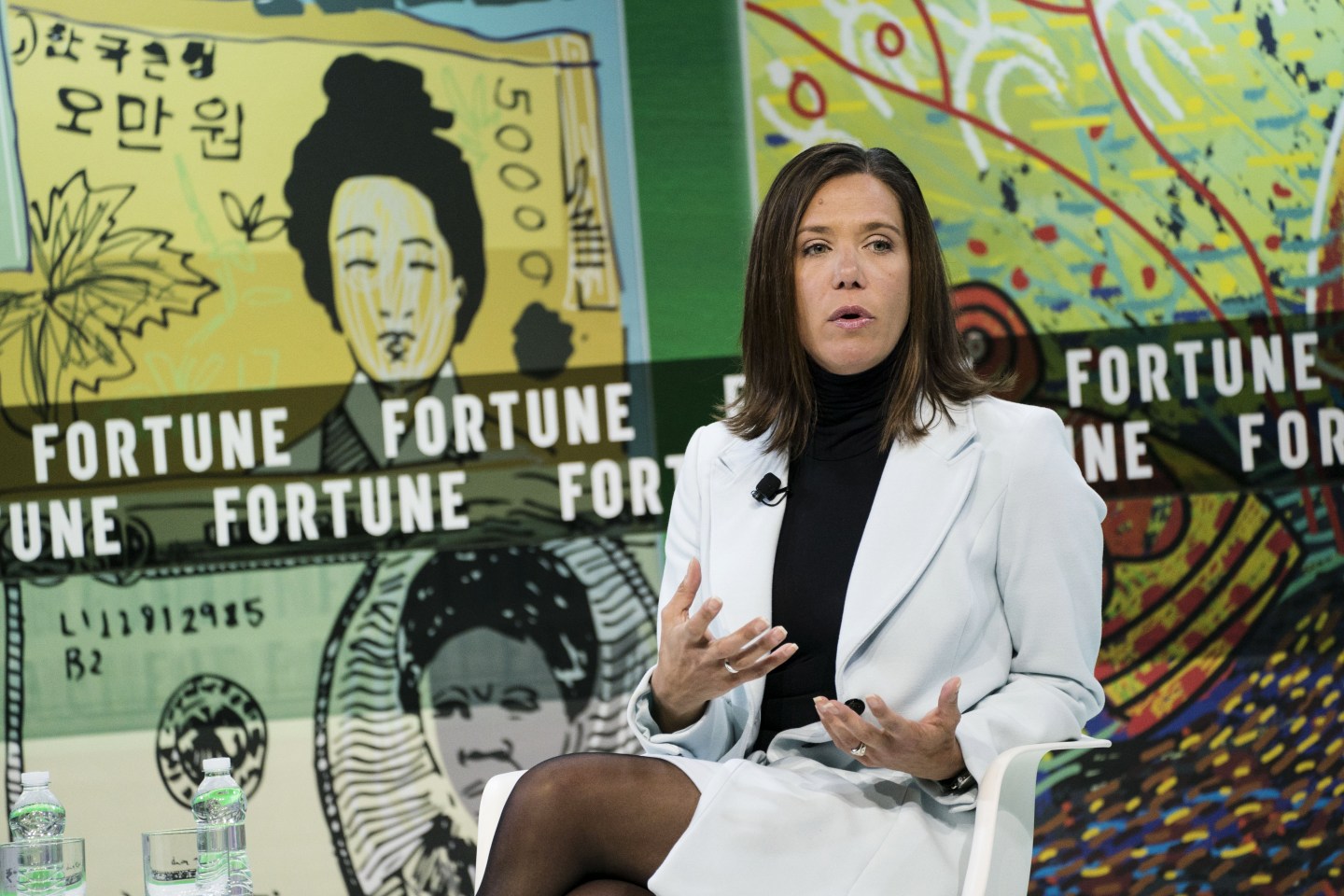 Best Buy was clearly one of the pandemic’s retail winners.

The electronics chain saw total sales rise 8.3% to $47.3 billion in the fiscal year ended in late January, including a 144% increase in U.S. online sales as the COVID-19 pandemic led many Americans to buy electronics to build home offices for a protracted work-from-home period and equip students for remote learning.

The upshot is that 43% of Best Buy’s U.S. sales came online last year. Even as some business migrates back to stores, the company estimates that could remain at around 40% this year, or twice its level in the year before the pandemic. (Best Buy cautioned investors about hoping the boom would last this year: The company expects comparable sales to fall as much as 2%, or, in a better case, rise a modest 1% as shoppers spend more on dining and travel once COVID-19 recedes.)

That has led Best Buy CEO Corie Barry to seriously rethink the future of the chain’s physical fleet, one in which it will likely have fewer stores, with some of the remaining locations equipped with smaller sales floors and more space allocated to filling online orders.

“With that big of a digital shift happening in that short of a period of time, we’ve been doing everything we can to adjust to the new reality,” Barry told a media briefing to discuss Best Buy’s quarterly results. “Customer shopping behavior will be permanently changed.”

That has led to an undisclosed number of painful store layoffs announced in the past few days, and reduced hours, which some employees have told Fortune are a big blow after they helped get the retailer through the tumult early in the pandemic. Best Buy has said supporting e-commerce will be a bigger part of the job for its store workers and that it needs more flexibility by having more be part-time rather than full-time.

The layoffs stand in contrast to moves like the appreciation pay Best Buy gave hourly workers at the start of pandemic, and the increase in its minimum wage to $15 last summer. Earlier this week, Best Buy announced a new round of bonuses. Still, Best Buy’s employee count fell by 21,000 to 102,000 last fiscal year because of layoffs and attrition, or a 17% drop.

Barry suggested that Best Buy, which has some 956 U.S. full-service stores, has a ton of flexibility in shrinking stores, moving them, or even closing them as needed. Last year, the company closed 20 of its big-box stores, and the CEO told analysts on a call that Best Buy expects “to close a higher number of stores.”

What’s more, the calculus for keeping a store will be stricter, with “higher thresholds.” Some 450 leases are coming up in the next three years, putting Best Buy in the driver’s seat with landlords.

Another way Barry is looking to reshape the Best Buy store fleet is by simply carving out more space at some existing stores to serve as miniature fulfillment hubs for online orders, to speed up shipment and with less space for selling, a pilot first reported by Bloomberg this week. In this experiment, conducted at a handful of locations in the Minneapolis area for now, Best Buy would have 15,000 square feet of selling space, rather than 27,000, and showcase fewer items rather than act as an electronics supermarket as it did for years.

“We’re constantly looking at our store network, responding to customer and demographic shifts, just as any retailer does,” Barry explained.