How Biden and the Democrats can win back working-class Americans 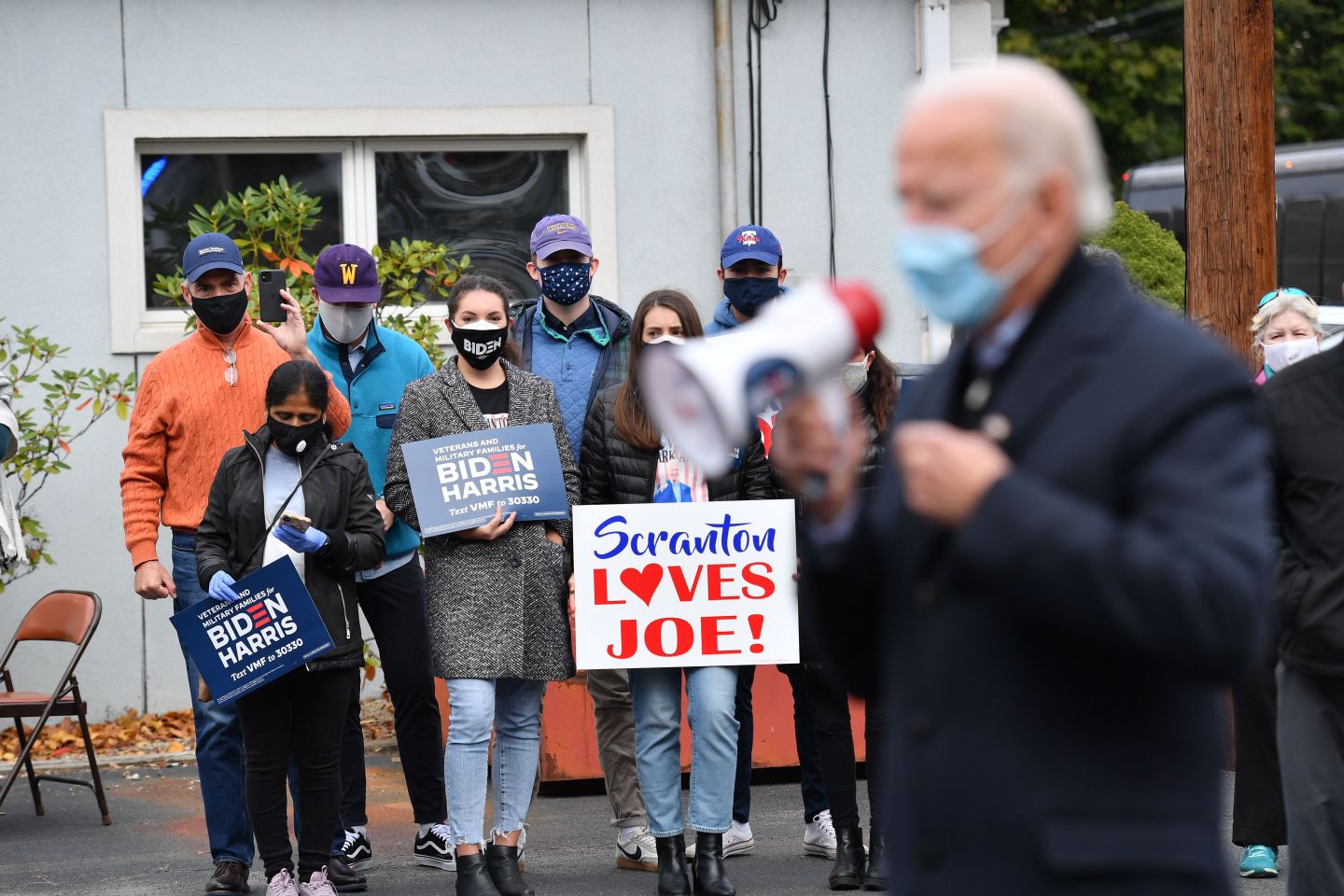 President Biden should prioritize structurally upgrading both the woeful U.S. political and economic systems. If he succeeds, those upgrades will yield political dividends in 2022.

The Democratic Party is a tarred brand. In swing suburbs won by President Biden in last November’s elections, other Democrats trailed down-ballot, with the party losing 13 House seats. Tellingly, independent voters thought more of Biden than they did of other Democrats.

Without Trump on the ballot in 2024, Democrats face a fraught task retaining the presidency because of the antidemocratic Electoral College. While he won the popular vote by 7.1 million, Biden’s actual margin, for purposes of winning the Electoral College, was a scant 65,000 votes, his edge in Arizona, Georgia, Wisconsin, and Nebraska’s second district. Put another way: Against a deeply flawed opponent in a nation beset by epic economic, health, and social crises, Biden won by fewer votes than Trump’s 2016 winning margin of 78,000 votes.

There are at least three major structural challenges that Biden’s agenda must address.

Junking the filibuster. Should even one Democratic senator defect to support Republicans in preserving the filibuster, Biden’s agenda will be stillborn, a disaster for the Democrats. That would be a replay of 2009–10 when a handful of Democrats defected, colluding with filibustering Republicans to kill 400 laws enacted by House Democrats that would have embodied President Obama’s agenda.

Addressing a flawed democracy. U.S. elections have been ranked the worst among rich democracies by the Election Integrity Project. Absent a filibuster, Biden will shortly enact upgrades to voting rights and publicly funded campaigns, while limiting gerrymandering and pay-to-play. His agenda must also include 2021 statehood for Puerto Rico and Washington, D.C.

Fixing a flawed capitalism. Compared with other rich democracies, the U.S. pointlessly rewards capital at the expense of work. The mechanism for doing so: corporate boards of directors that prioritize rewards to shareholders at the expense of local communities and employees. It’s an anachronistic variant of capitalism abandoned by other rich democracies during the past half-century; those companies have upgraded by adding employees to boards, in a process called codetermination.

Expanding the Democratic base

Correcting structural deficiencies in U.S. elections and corporate governance will enhance the quality of American life—and also benefit the Democratic Party in crucial swing states. Electoral College calculus demands that Democrats make inroads with swing-state Trump voters. Many told exit pollsters that the economy/jobs was their single most important issue. Some 35% of all voters named the economy as their top reason for selecting a candidate, for instance, and 83% of them voted for Trump—even higher numbers in swing states like Arizona.

Trump benefited from a tight labor market pre-COVID that pulled noncollege voters from economic purgatory into the mainstream. He prevailed 67% to 32% among non–college-educated whites, for instance, improving significantly over 2016 in counties where incomes were at the national median or less. Real incomes of lower-income households rose at the fastest rate in 50 years under Trump. Indeed, the 11% rise in incomes during 2017–19 under Trump for the poorest quintile of American households was a sharp reversal of their dismal experience under Democrats: For five years under Obama, the real household incomes of the poorest Americans were actually lower than in 1973, when adjusted for inflation. Moreover, the gains for the second and middle quintiles under Trump were twice that during the entire eight years of Obama’s presidency.

(Courtesy of the author)

The power of codetermination

Biden needs to demonstrate that Democrats have changed, and now take the economic plight of non–college-educated Americans seriously. His $1.9 trillion American Rescue Plan (which includes child benefits and a higher minimum wage) helpfully tackles COVID-19 and economic recovery. But to flip non–college-educated voters, Biden must also acknowledge their frustrations—especially their justified resentment of disrespecting elites atop corporations who profit by predatorily outsourcing and exporting their jobs. Their condescension is why 64% of Americans are so fearful of job offshoring.

Majority Leader Charles Schumer and 13 fellow Senate Democrats want employee representatives to sit on U.S. corporate boards, just as they do now at world-class enterprises like Adidas, Bayer, and Daimler. Peer-reviewed analyses affirm that codetermination benefits employees and corporate investment as well as shareholders. It converts corporations from predators to advocates for workers and communities, eliminating job offshoring. That occurs because codetermination boards upgrade their product mix in order to export products, not jobs. They reach deep into ranks of the non–college-educated, drawing them into the economic mainstream.

That’s why European workforce skill levels are higher, while their share of low-wage jobs is smaller. More non–college-educated workers in Northern Europe have jobs (70% in the U.S. versus 82% in Germany, for example), and they earn more than their American counterparts.

Codetermination is the only seasoned option open to Democrats eager to systemically reintegrate noncollege Americans into the mainstream U.S. economy. President Biden has that opportunity owing to the remarkable mobilization of voters (think Georgia) inspired by his campaign’s commitment to working-class Americans. His opportunity is fleeting, however. He has a 22-month window before midterm elections—too short for half-measures.

Biden should seize the opportunity to achieve a historic upgrade of American capitalism.

George Tyler is a former deputy assistant Treasury secretary and World Bank official. He is the author of books including Billionaire Democracy and What Went Wrong.