We need to retell U.S. history with Black people at the center 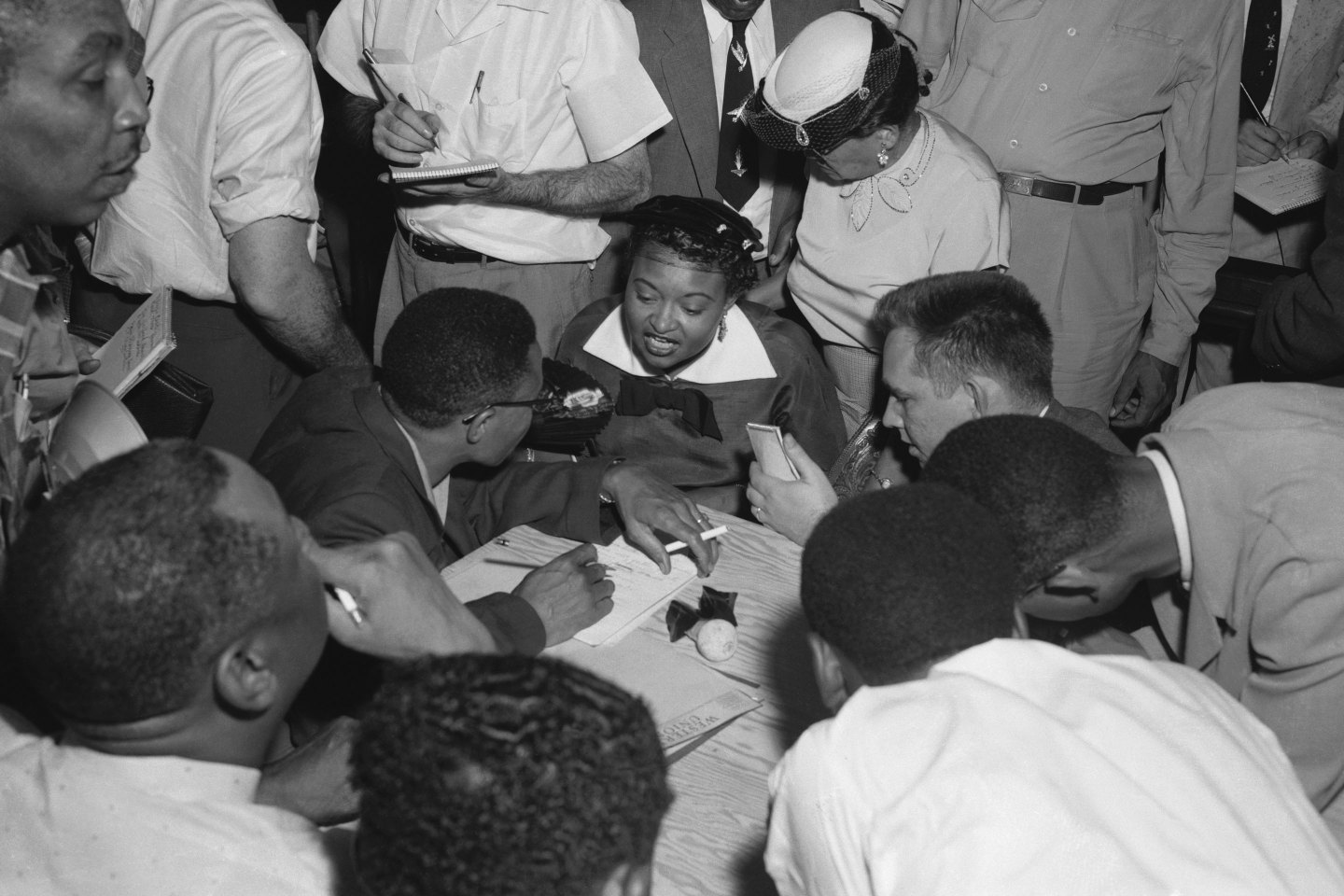 Mamie Bradley, the mother of Emmett Till, with the press. Black History Month provides a crucial opportunity for all Americans to reflect on the historical contributions of Black people in this country, writes Keisha N. Blain.
Bettmann/Getty Images

Black History Month provides a crucial opportunity for all Americans to reflect on the historical contributions of Black people in this country.

When the historian Carter G. Woodson, the second Black man to earn a Ph.D. in history from Harvard University, launched “Negro History Week” in February 1926, he hoped to popularize Black history and make it accessible. He wanted all Americans, regardless of their race or ethnicity, to recognize the valuable historical contributions of Black people in this country. He also wanted to help boost the morale of African Americans, who were facing rampant discrimination and political disenfranchisement, and living under the horrors of racial violence and Jim Crow.

And so, each year, Woodson poured his time and energy into Negro History Week, lecturing on Black history before diverse audiences across the country. He also published resources for teachers to use in the classroom. Negro History Week, which became Black History Month during the late 1970s, came to represent Woodson’s greatest professional achievement.

A lot has changed since the 1970s, but Black History Month still holds a significant place in American life and culture. It is perhaps all the more significant today that we reflect on the contributions of Black people in American society.

Over the past decade, we have witnessed unrelenting acts of violence against Black people—at the hands of white supremacists and those who swore to “protect and to serve.” Today, Black Americans die at the hands of police at a rate that is almost equivalent to the number of documented lynchings during the early 20th century.

The challenges facing Black communities extend to other aspects of life—including health. Over the past year, millions of lives have been devastated by COVID-19. The virus has been the most severe for people of African descent, reflecting underlying health, social, and economic disparities that shape Black life in the U.S. and across the globe. In almost every locale, people of African descent have contracted the virus and are dying from it at a rate that far exceeds any other racial group.

The ongoing challenges of COVID-19 and police violence, combined with the recent attack on the U.S. Capitol, have brought to the surface the need to center Black history. Racism and inequality did not spring from nowhere. To the contrary, they are historical constructions—carefully fashioned to undermine Black autonomy. A retelling of U.S. history with Black people at the center makes this clear.

This awareness provided impetus for the creation of the new book, Four Hundred Souls: A Community History of African America, 1619–2019. As historians of the Black experience, Ibram X. Kendi and I set out to chart the rich and dynamic history of Black people in the U.S., beginning with the first group of captive Africans who arrived in Jamestown, Va., and concluding with the Black Lives Matter movement. By charting this powerful history, Four Hundred Souls not only expands our knowledge of the Black past but also helps us see anew the challenges before us—and the steps we must take to build a better nation.

Deficiencies in the public’s knowledge of the Black past have significant consequences for the present and the future. Indeed, the careful study of the Black past provides a blueprint for Americans to better understand, among other things, the dynamics of race, the history of race relations, and the lasting impact of racism and white supremacy. Such awareness can be instructive for the future.

Much work remains to be done to not only deepen the public’s knowledge of African American history, but to help Americans—of all backgrounds—understand its significance and transformative power. Four Hundred Souls, which weaves together a rich tapestry of Black voices to shed light on 400 years of history, is vital in achieving this goal.

Keisha N. Blain is an award-winning historian and writer. She is an associate professor of history at the University of Pittsburgh, president of the African American Intellectual History Society, and an editor for the Washington Post’s Made by History section. Blain is the author of Set the World on Fire and Until I Am Free.