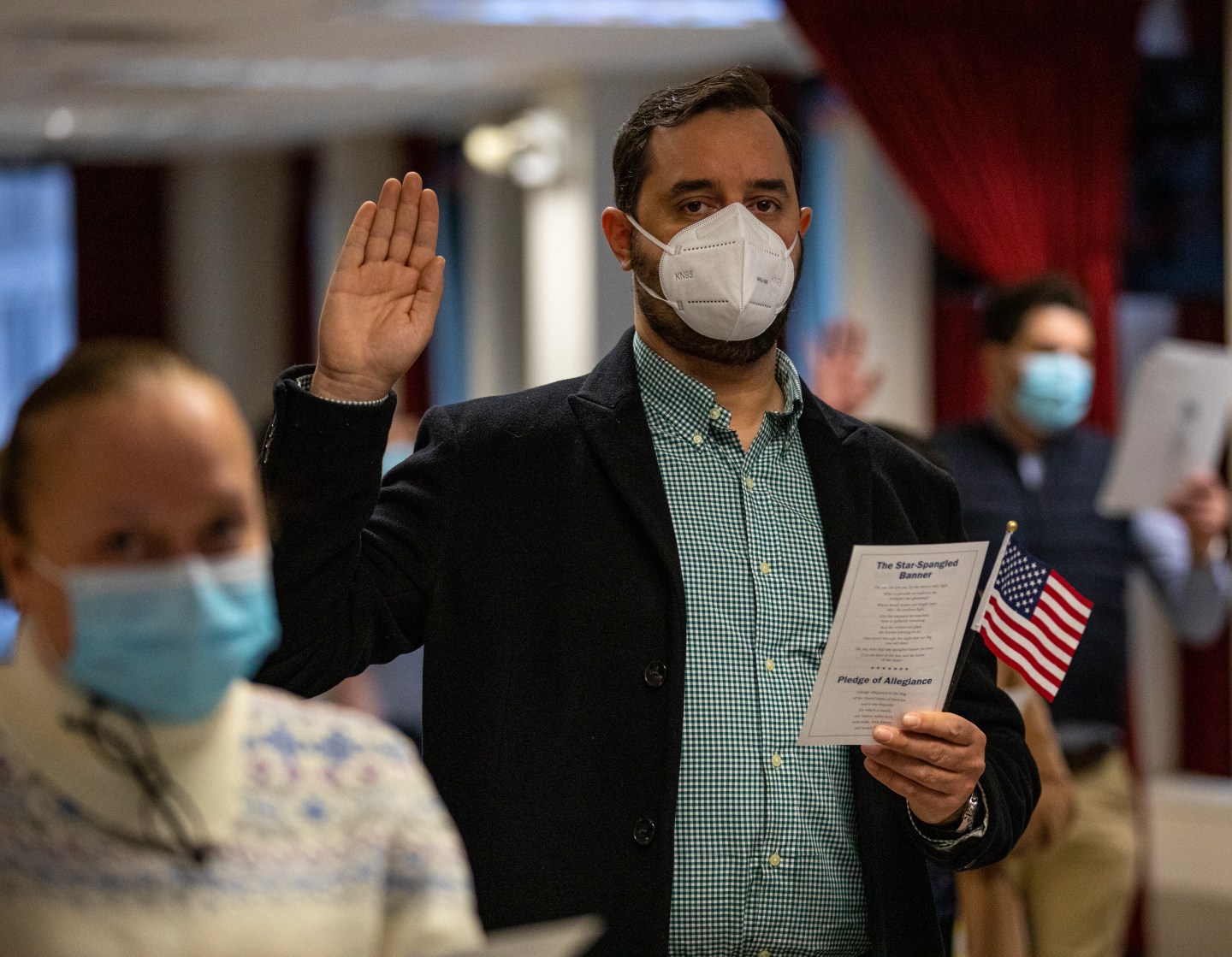 Two weeks into his presidency, Joe Biden began reversing his predecessor’s immigration policies. Executive orders are one thing—gaining bipartisan support for comprehensive reforms will be harder. However, we can find common ground in the need for economic renewal. As they do the critical work of getting Americans back on their feet, the White House and Congress should look to high-skilled immigration as a means for coming back even stronger than before.

America’s ability to attract global talent is a competitive advantage. Talented foreigners enrich our human capital and help drive innovation, technological leadership, and American strength. But our ability to attract the best and brightest is at risk. While other countries have taken steps to better draw on the expanding pool of skilled migrants, the United States has gone in the opposite direction. Washington should reverse course.

Talented foreigners have excelled in science, technology, and engineering, lived the American dream, and exemplified our country’s spirit of risk-taking and entrepreneurship. Roughly one-third of America’s Nobel Prizes in chemistry, medicine, and physics have gone to foreign-born researchers. Immigrants and their children founded 45% of the Fortune 500 companies, generating millions of jobs, and a Stanford study determined that immigrants helped produce as much as 30% of U.S. aggregate innovation from 1976 to 2012.

Small in number, skilled migrants do little to threaten the jobs of American workers, but they boost the productivity and well-being of their U.S.-born counterparts. Just last year, native- and foreign-born Americans accomplished arguably the greatest feat of innovation in recent memory by creating vaccines to combat the deadly pandemic at two American firms founded by immigrants—Pfizer and Moderna.

However, we cannot take for granted America’s pole position in enticing the world’s best and brightest. The global pool of skilled talent has grown immensely, and other countries have implemented strategies to draw from it. We have not, and in the past decade we made it more onerous for talented immigrants to come, study, work, and stay in America.

Denial rates for employment-based visas and green cards soared in recent years, and case processing times doubled. Since 2016, fewer international students enrolled annually in U.S. universities, and in the past two decades, America’s share of all international students declined from 28% to 21%, with China in particular gaining. We are losing ground, and the costs of inaction are rising.

America’s future, like its past, will be won by the talents of its people. Our political leaders have an opportunity to build an even better team.

First, they should support commonsense solutions that already have bipartisan support. Specifically, they should:

These steps would leverage the contributions of global talent, mitigate the risks, and reflect the sizable public support for skilled migration. They should be taken alongside rigorous enforcement of existing immigration laws.

Additionally, Congress and the administration should adopt modest reforms to attract more global talent. They could ensure visas and green cards prioritize critical talent, raise green card caps for high-skilled foreigners, and speed transitions to permanent residency. They could build on existing proposals to remove geographic quotas, recruit from less common homelands, and create a “heartland visa” to attract talent to non-coastal centers of the United States. And they could ensure advanced degree recipients in high-priority disciplines can remain here if they desire. It is folly for U.S. universities to train some of the world’s foremost engineers and scientists only for them to leave for lack of opportunities.

Finally, policymakers should consider deeper reforms to get the most out of global talent. For example, would a standards-based visa and green card regime be better than the numbers-based system we have? Should we prioritize certain types of skilled immigrants, using a points system as Republicans lawmakers have proposed? With immigration slowed by the pandemic, we have an opportunity for reform. These options should be debated thoughtfully and quickly.

A high-skilled immigration plan is but one part of a national talent strategy. What matters most, of course, is improving educational quality, job training, mobility, and opportunity for all Americans, including K-12 education reforms. The poor state of some schools robs too many children of the opportunity to succeed. Attracting global talent will complement these vital tasks.

Ronald Reagan warned, “If we ever closed the door to new Americans, our leadership in the world would soon be lost.” His words resonate as our country, scarred by COVID-19, seeks to renew itself and prevail in an era of great competition. By confronting the issue of skilled immigration head-on, the President and members of Congress have a rare bipartisan opportunity to make America stronger. I hope they seize it.

David H. McCormick is the CEO of Bridgewater Associates, a global macro investment firm. Previously, he served in senior positions in the Treasury Department, the White House, and the Commerce Department. He is a graduate of West Point and a veteran of the First Gulf War.