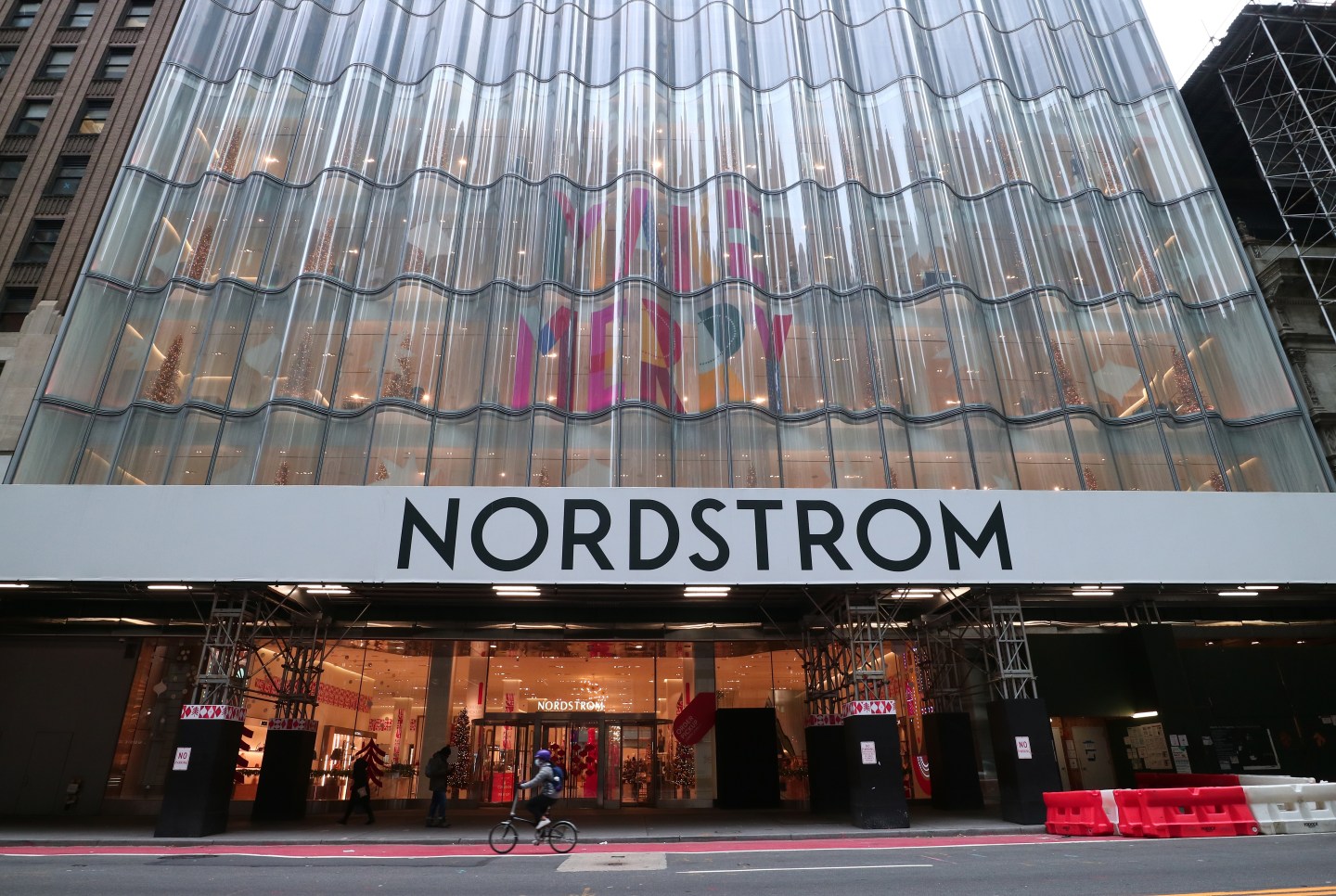 Nordstrom has long been an early adopter of e-commerce, especially among its department store peers. That ethos will serve the upscale retailer well as it weathers the biggest storm in its history, which sent an even bigger chunk of its business online.

The company said at its virtual investor day on Thursday that sales in the fourth quarter, including the key holiday season, fell by a low 20s percentage, capping a devastating year in which the pandemic temporarily shut all of its stores and its clientele eschewed the fashion wares for which Nordstrom is known.

But another big result of the COVID-19 upheaval is that the percentage of sales Nordstrom gets online has risen to about 50% from one-third last year, and the company expects that to stick.

This doesn’t mean Nordstrom is closing more stores. Last year, after stores were shut for weeks and in-store sales hemorrhaged, Nordstrom decided not to reopen 16 of its full-service department stores, leaving it with 94 U.S. locations. Bramman says Nordstrom is done on that front.

That’s because Nordstrom stores and its e-commerce work hand in hand in serving customers for things like order pickup, faster delivery, browsing, and sustaining the overall brand image.

Indeed, in the past few years, in key markets like New York and Los Angeles, Nordstrom has even opened small physical hubs called Nordstrom Local to supplement its big stores by offering services like tailoring or order pickup, and creating a mini-network of regional stores that assist one another in serving customers and, crucially, speeding up delivery and handling returns.

Nordstrom hasn’t laid out any plans to open more Local stores, but Bramman says that would be easy to do given how little capital that would require. “We can open those very quickly,” she says.

In the past couple of years, Nordstrom has focused on 10 priority markets for that regional hub approach. Nordstrom is now expanding that way of doing business to its top 20 markets, which it says generates 75% of sales.

But the Rack chains aren’t just about playing a supporting role. Nordstrom says it can eventually add $2 billion a year to the Rack chain, which took in about $5 billion in 2019, or a third of company revenue.

To do that, Nordstrom is planning to add a much bigger assortment of inexpensive items at its Rack stores to get more out of its customers who would seek similar, cheaper wares at T.J. Maxx and Ross Stores.

“They’re shopping us already, so it’s just about expanding that offering,” says Bramman. And she dismisses the idea that the Rack can hurt the full-line department stores’ aura. “It’s probably the most economic customer acquisition tool we have as we introduce customers to the Nordstrom brand,” she said.

The regular Nordstrom stores will also have more for sale: Companywide, the selection of products (including different sizes, colors, etc.) could rise fivefold from 300,000 to perhaps as many as 1.5 million items. Much of that will come from brands shipping orders made on Nordstrom’s site directly to customers rather than have Nordstrom fill the order.

That approach could in theory help Nordstrom jump more quickly into fast-growing categories. Indeed, one bright spot for Nordstrom during this hard year was the good results of its small home goods business.

Nordstrom executives told investors they expect revenue in 2021 will rise 25%, recovering a good portion of the business lost to the pandemic, and then grow in future years by a few percentage points from the 2019 $15.5 billion mark.

Bramman’s presentation to investors included the assumption that stores would be open all year. But she and her fellow executives are also betting that customers are craving a return to outings and big events once the pandemic recedes enough to allow that.

“As the vaccines roll out, people get more comfortable seeing each other and socializing, we think there’s going to be some pent-up demand, and people caring about what they wear below the waist,” Bramman quipped.