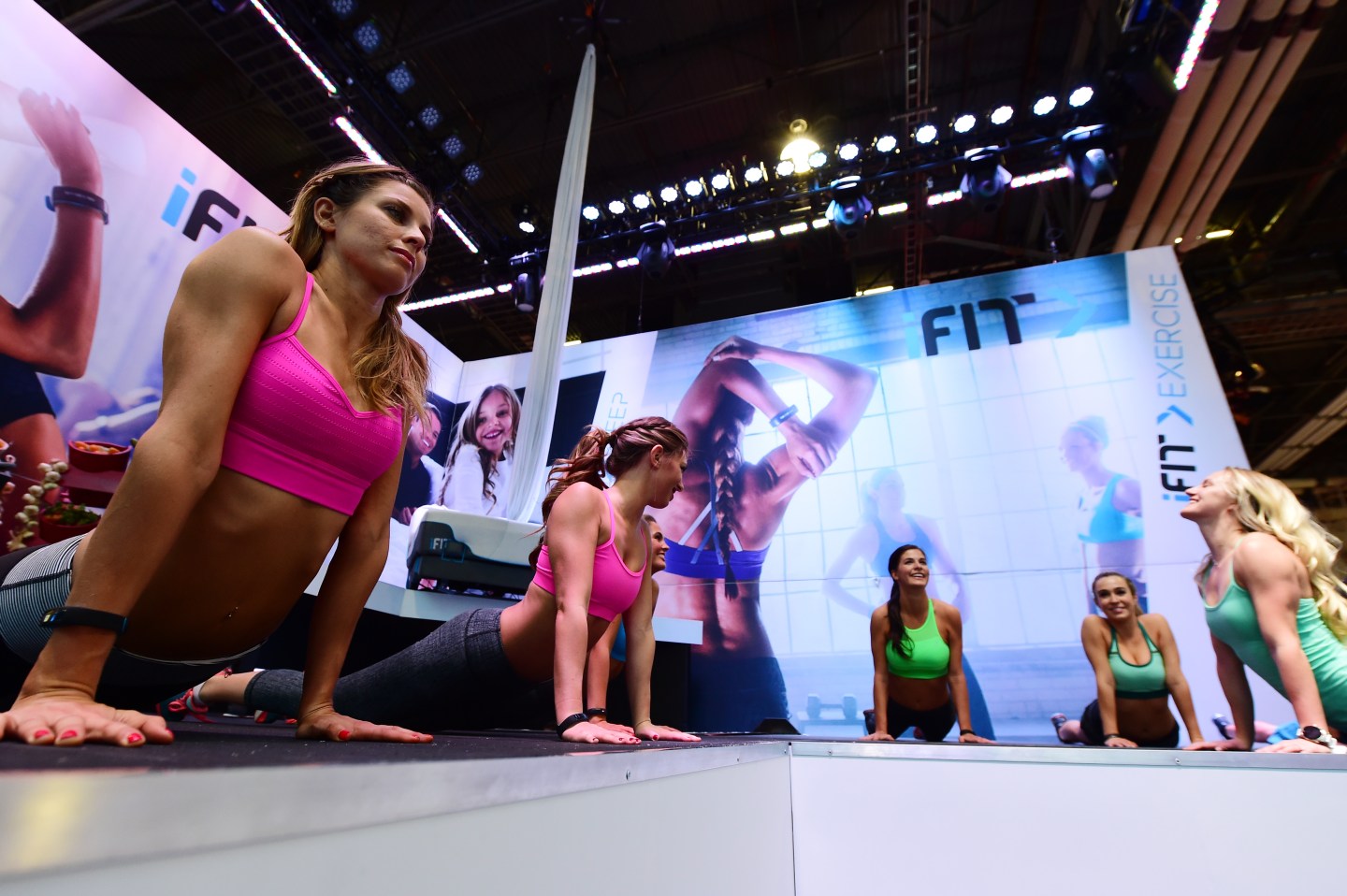 ICON Health & Fitness CEO Scott Watterson likes to brag that his company, best known as the maker of the venerable NordicTrack stationary bike, is a tech company that holds 330 patents with another 80 pending.

Watterson, who founded the company in Logan, Utah, in 1977 at the dawn of a major fitness craze, also likes to draw a parallel to Apple’s constant innovation when he touts ICON’s iFit, a streaming platform with 1 million members that connects equipment like treadmills, indoor bikes, rowing machines, and ellipticals to the Internet for streamed content and remote coaching. He jokingly notes that that tech pioneer, too, likes to use the letter “i” before its products.

“They’re a pretty progressive technology platform as well,” quips Watterson in an interview with Fortune.

That focus on innovation has served ICON well in its first four decades. But it will have to lean on it even harder now as it looks to fend off a slew of new competitors in the $600 billion fitness and wellness market. Dozens of companies are riding the pandemic-fueled fitness boom that is seeing consumers adopt tech-enabled equipment that allows for remote yet connected workouts.

In 2020, ICON’s revenues hit $1.5 billion, with growth reaching an unspecified triple-digit percentage worthy of a startup. And in October, ICON landed a $200 million investment from prominent consumer-focused private equity firm L Catterton, backed by luxe conglomerate LVMH and Pamplona Capital Management, ahead of a reported IPO sometime in 2021. That valued the company at $7 billion. (By comparison, Peloton’s market cap is $47 billion.)

That extra firepower will help ICON take on an expanding field of players mixing hardware with tech to serve the interactive fitness market that allows people to compete in races remotely, take group classes in far-flung places, or be coached by someone across the country.

At the top of that list is the fast-growing Peloton, whose upscale indoor bikes led by an instructor-cum-life-coach allow you to take fitness classes from your own home and have sparked a cultural craze. (President-elect Biden is apparently not allowed to bring his into the White House because of hacking fears.)

Last month, Peloton announced a $420 million deal to buy a major supplier of commercial fitness equipment with a goal to address order backlogs but also make inroads into hotels and gyms—where ICON already has a big presence—to prepare for life post-pandemic. (Last year, ICON reached a deal with Planet Fitness to provide iFit workouts on the gym chain’s app.)

But competition, direct and indirect, is coming from other corners too: Lululemon Athletica recently bought Mirror, a home fitness startup that sells a $1,495 wall-mounted mirror that allows for streaming workout classes. (ICON recently launched a similar product called Vault.)

While the company won’t confirm IPO plans, Watterson did allow that going public after enjoying decades as a private company able to operate in stealth mode would have its benefits. “The reason to go public for a company like ours is access to capital to scale up the business,” he says. “We can’t keep up” with demand, he added.

Watterson is unfazed by all the competition. ICON, he says, offers a broader array of equipment beyond stationary bikes and treadmills and not just at the high end. (ICON’s Pro-Form rough equivalent to the classic Peloton goes for $1,500 compared to its rival’s $1,900 price tag. And the company’s lower and mid-tier products are sold at retailers like Walmart and Dick’s Sporting Goods, so its clientele goes beyond the well-heeled. Its Freemotion items are at high-end gyms.)

While Peloton and services like Soul Cycle have benefited from hitting the zeitgeist, at least among the better-heeled, ICON is betting that its new innovations will help it stand out.

The company was the first fitness equipment maker to add features like very big uphills on its treadmills (something to appeal to people training to climb Mount Kilimanjaro) or downhill inclines to make them more realistic for runners. It’s a major user of Google maps to allow treadmill users to simulate running in events like the Boston Marathon.

More recently, ICON has added adaptive heart tech to its equipment. That means that a treadmill or rowing machine can adjust a workout’s intensity according to the athlete’s heart rate, a feature that puts in sync with a new trend in coached workouts: training by heart rate zone.

“It’s not for everyone, but it is meeting the athletes where they are,” says Steve Barr, the company’s newly appointed CFO, himself a marathoner.

ICON sees a lot of new athletes it wants to meet. Some 50% of its customers are first-time users of its products now, says Watterson. And he expects the boom to continue even once the pandemic recedes. “Just a lot of people who have realized there is a lot of benefit to physical activity and exercise,” says Watterson.

And ICON’s ability to offer services in various disciplines along with nutrition and mental health tips is what Watterson thinks will help ICON thrive in a sea of new competition.

“Our ambition is much greater than to sell a few bikes,” he says.