It’s time to raise the cost of spreading conspiracy theories 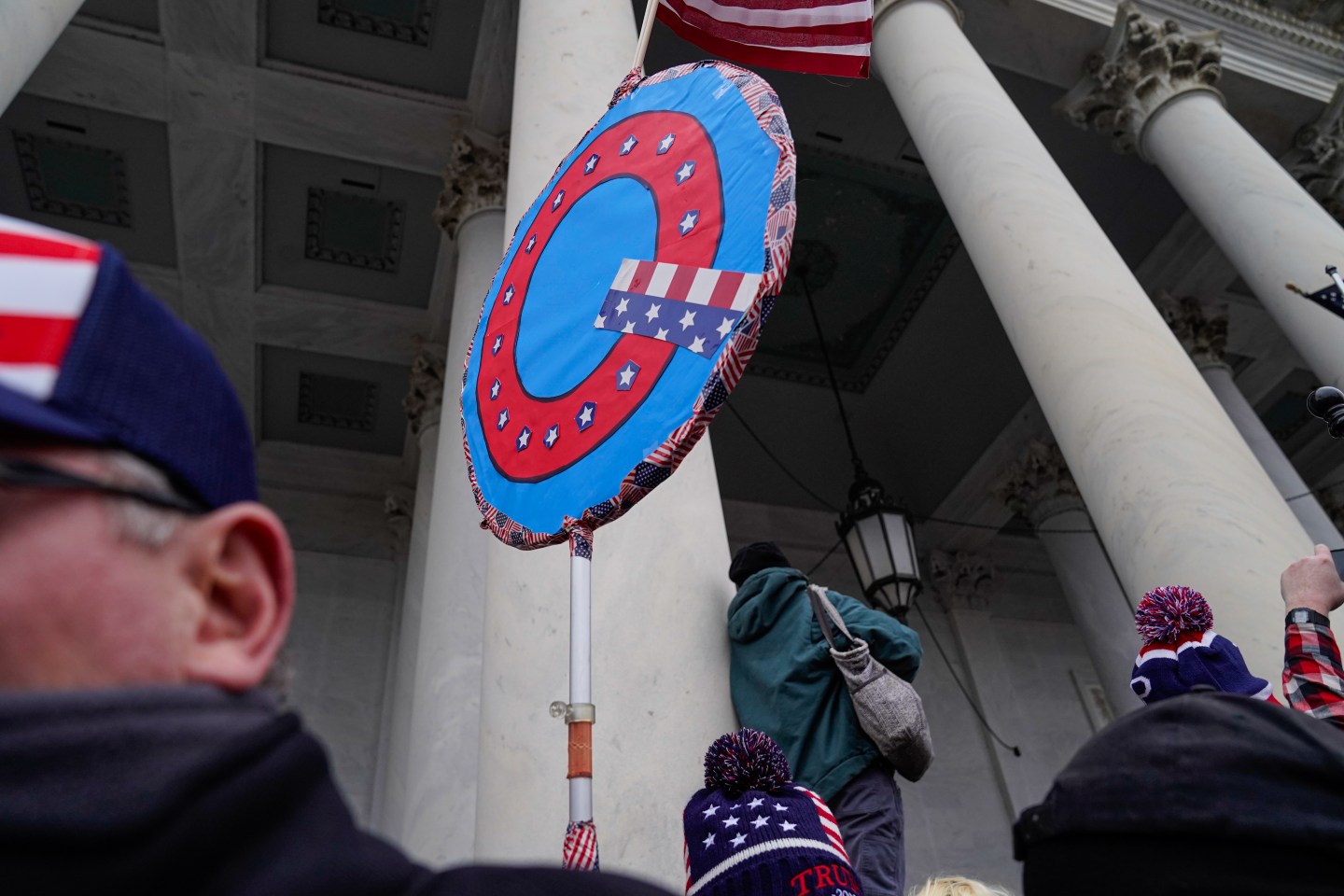 Trump supporters hold up a QAnon banner at a protest outside the U.S. Capitol on Jan. 6. “Raising the ‘prices’ conspiracy theorists pay for their fantasies, within the bounds of First Amendment protections and consistent with common decency, will help rein in the costs they impose on others,” writes Ryan Young.
Robert Nickelsberg—Getty Images

Conspiracy theories were a major driver behind the Jan. 6 insurrection at the U.S. Capitol building. They have also been a growing part of the political right’s internal struggles since at least 2008. But why do people believe in crackpot conspiracy theories like QAnon, Pizzagate, or the narrative that the 2020 election was stolen? Why do they act on them, sometimes violently?

If you think of irrationality as a consumer good, much like a car or a television, you can better understand why people sometimes say and do crazy things. Think of it like this: People buy more cars and televisions when they are cheap, and fewer when they are expensive.

This logic applies to conspiracy theories.

Here, price is not necessarily measured in money. The “price” of armchair theorizing is low, usually. It costs almost nothing to post crazy things online, aside from mild social stigma. But this cost is more than offset by other benefits for many. For a lot of fringe figures like anti-vaxxers, flat-earthers, and QAnon conspiracy theorists, espousing an extreme belief is not necessarily about the truth. It’s about asserting a unique, memorable identity and defending it against outside threats.

Any sports fan or political partisan will be familiar with the emotional rush that conspiracy theorists feel when saying outlandish things. It feels good to cheer for your team and boo the other team. For some, these emotional benefits may even be worth the cost of losing friends or a job, so they keep at it.

But what happens when the price of irrationality suddenly spikes? Dominion Voting Systems, a company that sells electronic voting hardware and software like voting machines and tabulators, recently announced that it is suing “Kraken” lawyer Sidney Powell for defamation, seeking damages of $1.3 billion, because she repeatedly argued in public that Dominion software was created “at the direction of Hugo Chávez,” the Venezuelan dictator who died in 2013. She has also said that Dominion used a secret algorithm to rig the 2020 election. Her lawsuits regarding Dominion were dismissed because of lack of evidence.

Until now, Powell paid a low price for public conspiracy-mongering. In fact, it may have been financially profitable: Dominion argues in its lawsuit that Powell used her newfound fame to sell books and gain clients.

Dominion had previously threatened legal action against several media outlets that were peddling provably false claims, such as Fox News, Newsmax, and One America News. Once their price of being irrational went up, the outlets immediately started “consuming” less irrationality. Newsmax even aired a nearly two-minute “clarification” retracting nearly all of its stolen-election claims. It is worth watching.

Powell is currently weighing the likely monetary cost of a case she will likely lose against the nonmonetary costs of losing face, admitting error, and caving in to her opponents. But now that the price of her conspiracy theorizing has gone up, we can almost certainly expect her to consume less of it.

Public officials who played a role in inciting the coup attempt, such as President Trump, Sen. Josh Hawley, and Sen. Ted Cruz, are also seeing a price increase for their irrationality. All three are facing calls for their resignation, and their political prospects are suffering long-term damage. The price change they face will hopefully improve their behavior going forward. President Trump even grudgingly committed to a peaceful change of power for the first time. Even without further consequences, the three men’s diminished power should at least limit the amount of damage they can cause.

Many of the rioters will face legal consequences for their actions, raising the price of their irrationality. At the very least, the rioters and their sympathizers will likely tone down their violence and rhetoric in response to the price change.

There are a lot of other factors involved in the ugly history we all witnessed on Jan. 6. Larger socioeconomic conditions, COVID-related cabin fever, personal grievances, and in some cases mental illness may also have been factors in the coup attempt.

Thinking about conspiracy theories as a consumer good does not explain everything. But it can help us understand. Raising the “prices” conspiracy theorists pay for their fantasies, within the bounds of First Amendment protections and consistent with common decency, will help rein in the costs they impose on others. That can improve the national political conversation and help prevent more violence.

Ryan Young is a senior fellow at the Competitive Enterprise Institute.