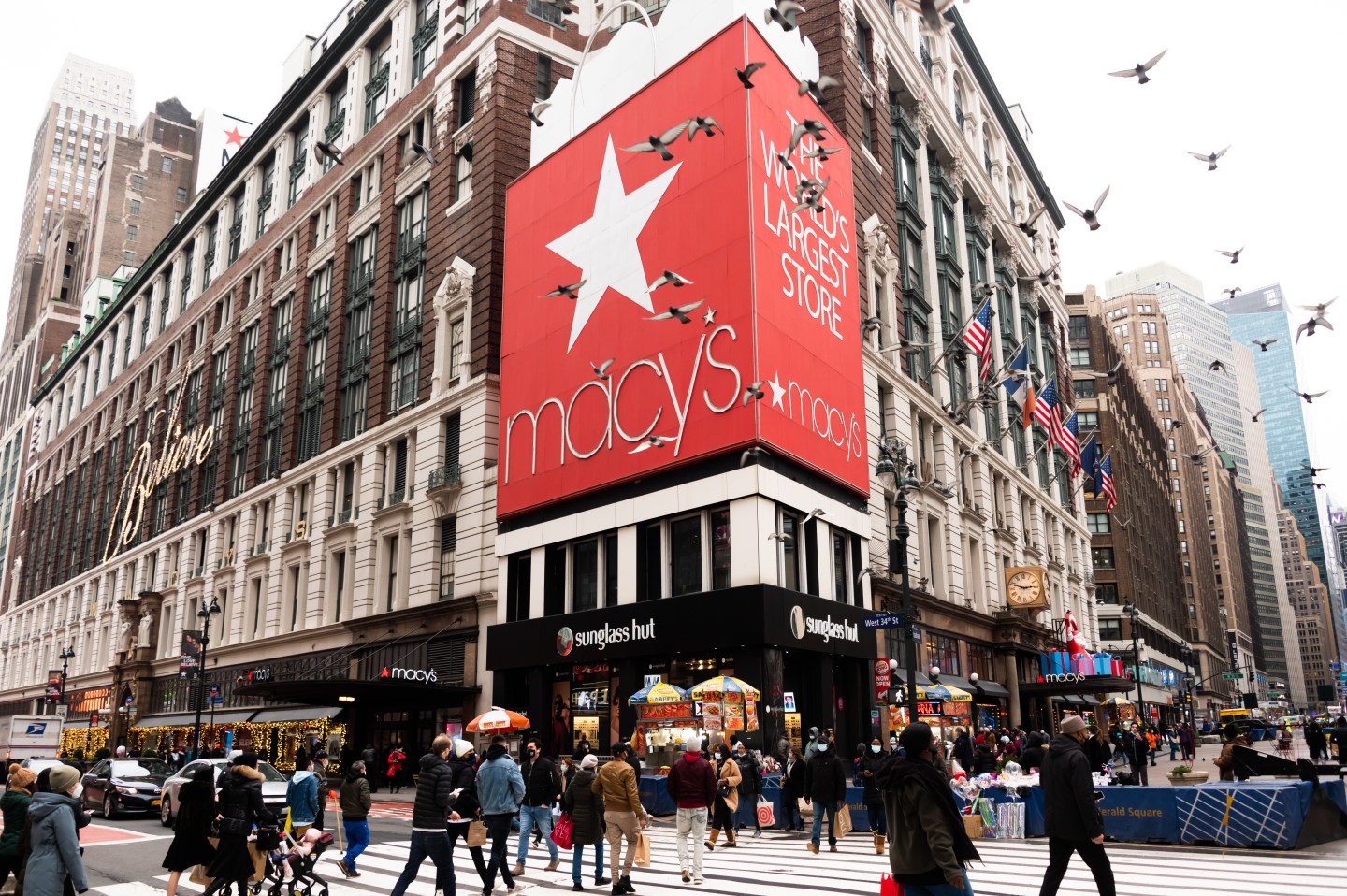 Almost a year ago, Macy’s announced an ambitious turnaround plan to modernize itself that included shedding about a quarter of its big department stores.

Now, the retailer has announced the biggest tranche since the pandemic started of those closings in a move that is gaining urgency because of the COVID-19 outbreak’s impact on its business. Macy’s will soon close 45 of the 125 stores it said last February it would eventually shutter as part of its “Polaris” plan.

Most of the stores being closed are in weak malls from which shoppers have long since defected and which have become an albatross for Macy’s. The chain now wants to focus on its best stores in the highest-caliber “A and B malls,” its e-commerce business, and in the coming years, on new, smaller stores—a format it is currently testing.

“As previously announced, Macy’s Inc. is committed to rightsizing our store fleet by concentrating our existing retail locations in desirable and well-trafficked A and B malls,” a Macy’s spokeswoman said. CNBC first reported the number of stores being closed this year.

The move is not surprising given that nearly 40% of Macy’s revenue is now coming from its online business and given the expense of running stores in a fiscal year in which the company has reported a net loss of $4 billion during the first three quarters.

Macy’s online strength—coupled with the 2020 bankruptcy of archrival J.C. Penney—has reduced the need for such a sprawling fleet, let alone those stores located in struggling malls. Indeed, the retailer, which also owns Bloomingdale’s, has been downsizing its fleet for years as chains like T.J. Maxx, Ulta Beauty, and Target have eaten into its business. (Macy’s closed 100 stores in 2016.)

Macy’s CEO Jeff Gennette had planned under Polaris to revitalize its store brands and turn four of them into billion-dollar businesses, invest in its remaining stores to make them more appealing, and, as he told Fortune in November, forge ahead with its new, much smaller store format Market by Macy’s, whose locations will be far from malls.

Like its department store brethren, Nordstrom, J.C. Penney, and Dillard’s, Macy’s was disadvantaged last spring by not being deemed an “essential” retailer by local authorities during the initial lockdowns.

But even after most retailers reopened, business continued to boom at the strip centers occupied by the likes of Target and Old Navy, while malls struggled. With those trends certain to continue even after the pandemic ends, Macy’s won’t be missing the stores it’s closing.

Macy’s earlier this week announced a new chief merchant, the latest in a number of changes in its C-suite. In the past 13 months, the retailer has seen its president and its chief brand experience officer leave and has replaced its finance and digital chiefs.