Why the U.S. needs a national climate investment fund 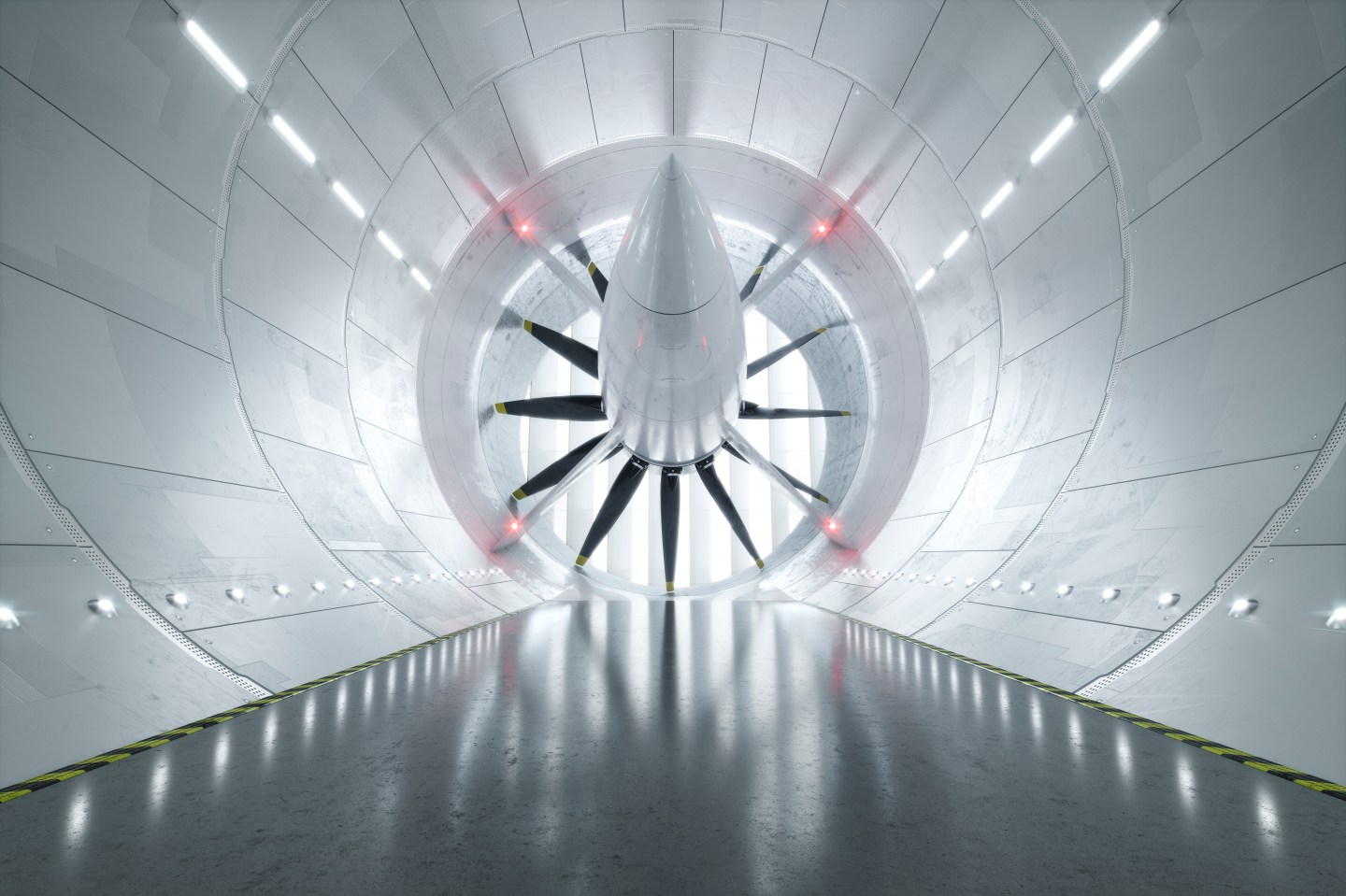 In recent weeks, we have witnessed the power of innovation to solve catastrophic problems. Most notably, we have seen the extraordinary human accomplishment of delivering vaccines within a year to counter the novel coronavirus, COVID-19—an achievement that was accelerated by the U.S. government’s Operation Warp Speed.

What many people may be less aware of is that across America and other global innovation centers, companies are striving to harness that same power to tackle climate change. Businesses of all sizes are toiling away to deliver products that together could dramatically increase the likelihood that our planet remains comfortably habitable. To cite some examples:

Yet, as someone who works on the front lines of helping these types of companies raise capital from private investors, I’ve learned from experience that raising money to support these firms’ development is a huge and time-consuming challenge and distraction for the majority of their management teams. While private capital is widely available for new technologies broadly, the vast majority is absorbed by attractively high margin and recurring revenue software business. In contrast, according to the U.S. National Venture Capital Association only about 4% of all venture capital in 2019 went to energy and IT hardware investments—and many climate impact companies have hardware elements in their businesses by necessity.

In normal times, I would maintain that this is the healthy functioning of the market’s “invisible hand.” In today’s context, however, where many experts say we must make dramatic strides toward carbon neutrality in the next decade, we cannot afford to have companies with world-changing ideas spending years focused primarily on raising the money they need.

This emergency situation requires an emergency response, loosely similar to Operation Warp Speed but different in the details. The United States should establish a climate-innovation-focused investment fund, as an essential part of bipartisan efforts to improve infrastructure as well as of President-elect Biden’s proposed $400 billion in climate-related investments. A Climate Solutions Fund (CSF) would have the goal of accelerating the pace of innovation and of developing, deploying, and scaling potential solutions to our mushrooming climate catastrophe, while also creating jobs and leverage for incremental private investment.

To attain those goals with maximum efficiency, and to ensure accountability from both the government and from investment recipients, a CSF would need to be designed thoughtfully. Here are what I see as some key components:

Sufficient funding: The initial size of the Fund could be $10 billion—the same amount allocated in the 2020 Cares Act to Operation Warp Speed. That money would go a long way, given that a substantial portion of these innovative companies may only need $30 million to $100 million to finalize development and build meaningful market scale. A CSF would also have a powerful multiplier effect by attracting further private capital. To give a sense of that potential, the U.S. government’s In-Q-Tel Fund–created by the Central Intelligence Agency to finance companies benefiting its various objectives—claims that every $1 it invests helps attract $9 in private capital. In-Q-Tel has supported a range of success stories including cybersecurity firms FireEye and ArcSight, pioneering internet company Inktomi, and data-analysis giant Palantir.

Support at all stages: The CSF should be relatively “full stack” in the type of capital it provides—including early-stage equity to support exceptionally promising younger innovations; debt and loan guarantees; and larger equity checks for later-stage expansion. (That said, a cap of 5% of total funds allocated to any specific company would be smart, for risk management and other reasons.)

A clear set of criteria: The CSF’s key investment criteria should be clearly defined to focus primarily on the potential scale of a given business or technology’s climate-positive impact, drawing on the approaches of existing climate-oriented funds like Breakthrough Energy Ventures and The Rise Fund. The CSF should also target situations where its money can have the most impact on time to market and scaling—whether due to a company’s challenges obtaining sufficient alternative capital, or the need to execute at full velocity to widely roll out a proven idea. While the strong emphasis should be on U.S.-based businesses, exceptions could be made where the company commits to delivering the benefits of their breakthroughs in America.

The right talent: The fund should ideally be led by experienced private-sector energy and climate-related technology investors, with the support of scientists both within and outside the government—a team that defines success more by their positive legacy than personal income. To lessen the likelihood of wasteful spending, the fund could tie the managers’ compensation primarily to the measurable (and annually audited) impact of their portfolio companies on climate, and secondarily to standard fund-return metrics—with a clear understanding that the Fund will intentionally be taking risks.

Insulation and independence: Importantly in this partisan age, the CSF should have the legally defined independence to act consistently according to its mandate, and to have longer-term funding—ideally 10 years to start.

A Climate Solutions Fund makes sense today because globally we now have a lot of experience both with government-backed investment funds and with impact investing. By latest count, nearly 100 government-tied funds operate globally, with many operating successfully over decades—think of The Future Fund in Australia, Norway’s pension fund, the CPPIB in Canada, or the Temasek or GIC funds in Singapore. Each of these offer learning on best practices that can minimize political interference and improve performance. The investment fund model also would help build precedent for expecting measurable returns from research—something that is seldom emphasized with grants or other forms of government spending.

In addition, impact funds during the past decade have done detailed work to help establish auditable methods to calculate positive impact on the planet, which can be applied to optimize incentives and outcomes. The smaller grant-making, lending, and other programs already provided by U.S. agencies, notably the Departments of Energy and Defense, should be viewed as complementary.

By establishing a $10 billion Climate Solutions Fund, the U.S. government would serve its core role of protecting citizens from catastrophe, in this case from the devastating consequences of climate change. This needed investment can play a critical role in speeding up the benefits of the best climate solutions in development today. It will also save our country billions in future spending to remediate climate-impacted disasters, from California’s fires to the regular hurricanes and sea level rise affecting Florida, Texas, and other coastal states. The Climate Solutions Fund is a smart, bi-partisan objective for Congress and President-elect Biden’s first 100 days.

Editor’s note: An earlier version of this article referred to Operation Warp Speed as “Project Warp Speed.” The article has been updated.

Brewer Stone is a partner at Nfluence Partners, where he advises leading technology companies. He earned his Ph.D. in government at Harvard.