Google and China duke it out over ‘quantum supremacy’ 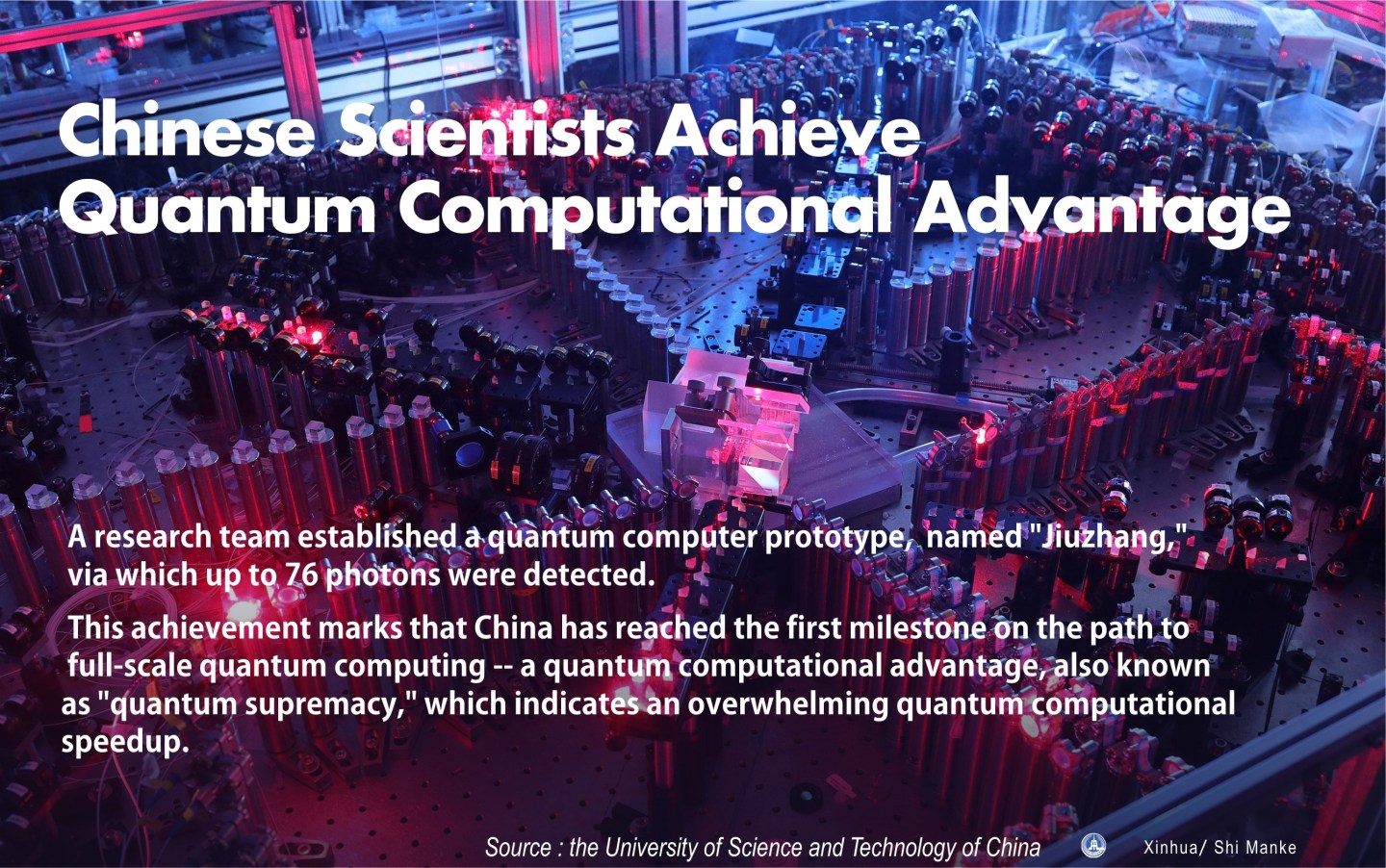 When the recently late daredevil Chuck Yeager became the first human to break the sound barrier in 1947, observers knew it from the thunderous boom that rang out over the Mojave Desert, marking the feat.

For all its epochal-sounding significance, no magnificent sonic clap accompanies the achievement of “quantum supremacy.” No roar pierces people’s ears to confirm the moment a quantum computer performs a specially designed calculation so fast it leaves a traditional computer hopelessly in the dust. Claims of quantum supremacy are harder to parse.

That’s because today’s quantum computers are still highly immature, and the limits of classical computing are not exactly well understood, even by the field’s leading theorists. So demonstrations of so-called supremacy remain a squishy science. (Look no further than IBM disputing rival Google’s celebrated experiment last year.)

It’s with circumspection then that one must regard last week’s quantum supremacy claims by a team of researchers at the University of Science and Technology of China in Hefei. The group said it produced in 200 seconds a calculation that would take a regular computer 2.5 billion years to replicate—an extremely bold claim. (You can read the paper, published in the journal Science on Dec. 3, here.)

Already, there are big caveats. The Chinese team’s equipment cannot be programmed to do anything else, for example. (Programmability is, usually, considered table stakes for a computer.) Whereas the quantum computer used in Google’s experiment can be adapted to other purposes, the Chinese rig is rigid and inflexible. This is like the difference between building a stick-in-the-ground sundial versus a comparatively more complex accounting tool like an abacus, as one head of quantum research at a major Wall Street bank put it to me. Generally speaking, the abacus is more impressive, or at least more potentially useful.

Then there’s the question of whether the Chinese team’s central claim—that its quantum computer can blazingly outperform a regular computer by a mind-melting factor of 100 trillion—will hold up under scientific scrutiny. Other teams are already reportedly working to refute the assertion; the Google quantum team, not to be outdone, is said to be working to disprove the claim, or at least set it back considerably. John Martinis, a quantum leader who left Google earlier this year, openly shared his doubts about the recent result at an Australian conference yesterday. (Google did not immediately reply to Fortune’s request for comment.)

Despite these reservations, the experiment is worthy of celebration. “It is a first-rate victory for China in quantum computing,” says Greg Kuperberg, a mathematician at the University of California at Davis who specializes in quantum theory. “They are working hard to catch up with the West in scientific research in general, which is a difficult but valuable goal,” he says. (Even if the work “feeds political insecurities in Washington,” he adds.)

The experiment also represents a major proof point for photonics, a light beam–based hardware approach to building quantum computers that has received short shrift compared with other leading approaches, like superconducting qubits (pursued by IBM, Google, Rigetti) and ion traps (Honeywell, IonQ). Each approach has unique advantages and drawbacks.

It will be ironic, of course, if Google pushes back against the Chinese team’s result, similar to how IBM countered its own. Then again, that’s just how science works. “Either they’ll succeed or else the claim will be stronger for it,” Scott Aaronson, a theoretical computer scientist who runs a popular, if niche, blog about the industry, says of Google’s probing.

Whether or not this particular result holds, quantum supremacy experiments are bound to proceed in fits and starts for the foreseeable future. It’s a race between the leading edge in quantum computing and advances in traditional computing methods, each one trying to outpace the other.

It may not be a sonic boom, but it is the pop of a starting pistol.

Steering one's own ship. Uber is selling its self-driving car unit to Aurora Innovation and is pouring $400 million worth of investment into the startup so as to better compete with the likes of Alphabet's Waymo. High costs, legal challenges involving trade secret theft, and a fatal accident had beset the subsidiary. In other car news, Tesla's share price dipped 2% this morning after the hype-fueled electric automaker said it planned on a $5 billion stock sale. Regardless, shares are still up nearly 670% (!) since the start of the year.

King Kong. Shares in JD Health, a hot telehealth business, soared 60% after its $3.5 billion listing on the Hong Kong stock exchange, making it the bourse's biggest listing of the year. Fintech giant Ant Financial's suspended mega-IPO, squashed at the last minute by regulators, would have been bigger if it had gone off last month. Sounds like Ant isn't out of the woods yet as Chinese regulators suggest more measures may be needed.

Here at Data Sheet we like to shine a light on the many troubling ways social media goes awry. Apparently, the problems extend far beyond services like Facebook. Meet eBird, an observation tool and scientific database developed by the Cornell Lab of Ornithology, which the author of an entertaining article in Outside magazine likens to "a kind of Strava-Yelp-Pokémon Go hybrid for birders." Perhaps it should be no surprise that the project's birder-ranking system can bring out the worst in people. (Is no pursuit sacred?)

Birders are typically friendly, both in person and online, with email exchanges often ending in well-wishes of “Good birding!” But a code of ethics is necessary because, as with any activity that can become competitive, birding has a dark side. Rivalry, animosity, and ego have long been hallmarks of the bird world. Even the famous naturalist John James Audubon plagiarized and invented species to convince members of the English nobility to promote his work. Birders sometimes go to semi-desperate lengths to track down birds, and online platforms like eBird that rank birders and sightings, akin to athletes on leaderboards, can amplify competition.

Many people have heard of Egypt's famously lost Library of Alexandria, but how many people know about Baghdad's House of Wisdom? As BBC Future relates, the 8th century Islamic academy drew scholars from far and wide in its heyday when it was headed by the great Al-Khwarizmi, the influential Persian intellect, inventor of algebra, and namesake of the resurgently vogue word "algorithm." When the Mongols seized Baghdad in 1258, they destroyed the institution's legacy. "So many manuscripts were tossed into the River Tigris," writes BBC's Adrienne Bernhard, citing folklore, "that its water turned black from ink."