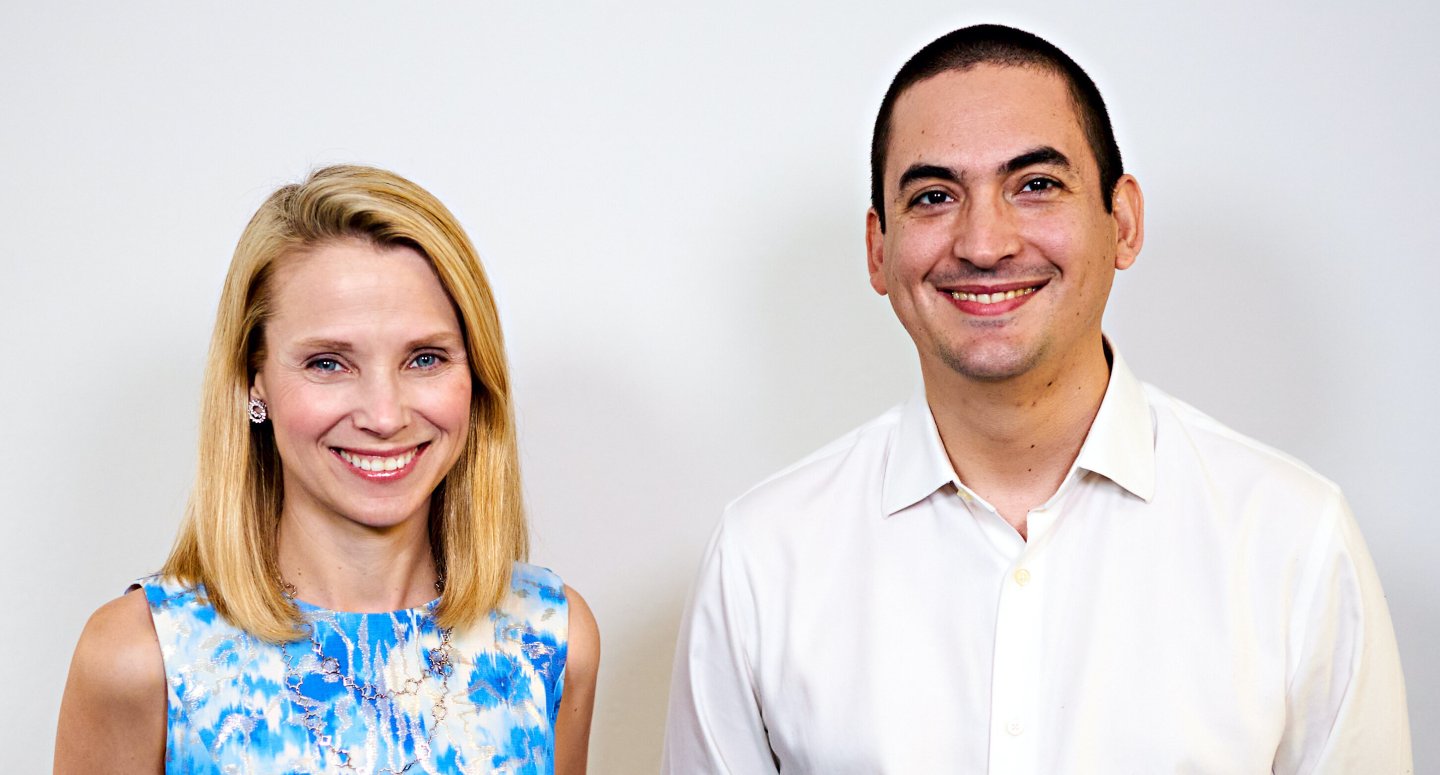 On Wednesday, Sunshine launched with its first app focusing on organizing and automating the smart phone address book using A.I. Co-founded by Mayer and a veteran from her tenure at Google and Yahoo, Enrique Muñoz Torres, the app’s focus had been previously reported by The Information.

Dubbed Sunshine Contacts, the app seeks to cull double entries while updating old phone numbers and emails in the address book by pulling, with user permission, contact information from sources such as Apple contacts, LinkedIn, and email. If a friend leaves a job, for instance, and no longer has a corporate line, Sunshine would, theoretically, automatically detect the change. The offering is currently available to iPhone owners by invitation only (Coincidentally, while I interviewed Mayer, her mother texted to inform her that she’d been left off of Sunshine’s invite list). While currently free, Sunshine plans to add a paid tier of service sometime in the future.

The idea may sound simple—and that’s by design.

“If you look at the grand challenges artificial intelligence is tackling right now, there are a lot of intelligent algorithms that can be deployed simply and a straightforward way,” Mayer says. “In many cases, [existing tech companies] are working on grander challenges, on problems and solutions that will come to market five years from now, or 10 years from now.”

The idea, the duo say, came while they were still both at Yahoo. But as Verizon acquired the declining web portal, they realized it wasn’t the right time and that Yahoo itself “was going in a different direction.”

The ultimate goal is to create an ecosystem of apps that allow for what Mayer describes as “smart, small-scale sharing.” With the contacts app acting as a base for understanding people’s networks and who they interact with, the duo envision more intuitive ways of organizing events, for example. Perhaps one day, an app could automatically suggest who should be invited to a birthday party and then find the best time to host the gathering—to avoid someone being left out. There are other ideas, too: Using image recognition to pick out the best photos at, say, a soccer practice, and using location-sharing and contact data to suggest parents that should receive that information.

Though all of those ambitions require a robust network created from the contacts app.

“All of that is predicated on us… understanding who our users might want to do such activities with,” says Muñoz Torres. “If we get it right and start understanding how people relate to each other, then we can start building utility on top of it.”

As many have noted by now, smart Rolodexes aren’t a necessarily new idea. Also, their success depends on whether the irritations of our disorganized contact books are serious enough to make people seek a fix. Until now, consumers seemed fine with manually entering their information.

One departure was Bump, a smartphone app that let users exchange contact information automatically by bumping their devices together. The app was shuttered in 2014 after being acquired by Google.

Having raised $20 million in seed funding from investors including Felicis Ventures, Unusual Ventures, Win Ventures, and Mayer herself, Sunshine is certainly in its early stages. The company has 20 employees, including some long-term interns.

Mayer had been among the most high-profile U.S. executives, both as at Google and later at Yahoo. But her final years at the latter were marked by tumult as her attempts to turn Yahoo around flailed while its marquee acquisitions like Tumblr soured. Would Mayer one day consider working at another tech giant, in another executive position?

“I hope we end up at a large company,” says Mayer when asked. “We hope it is Sunshine.”